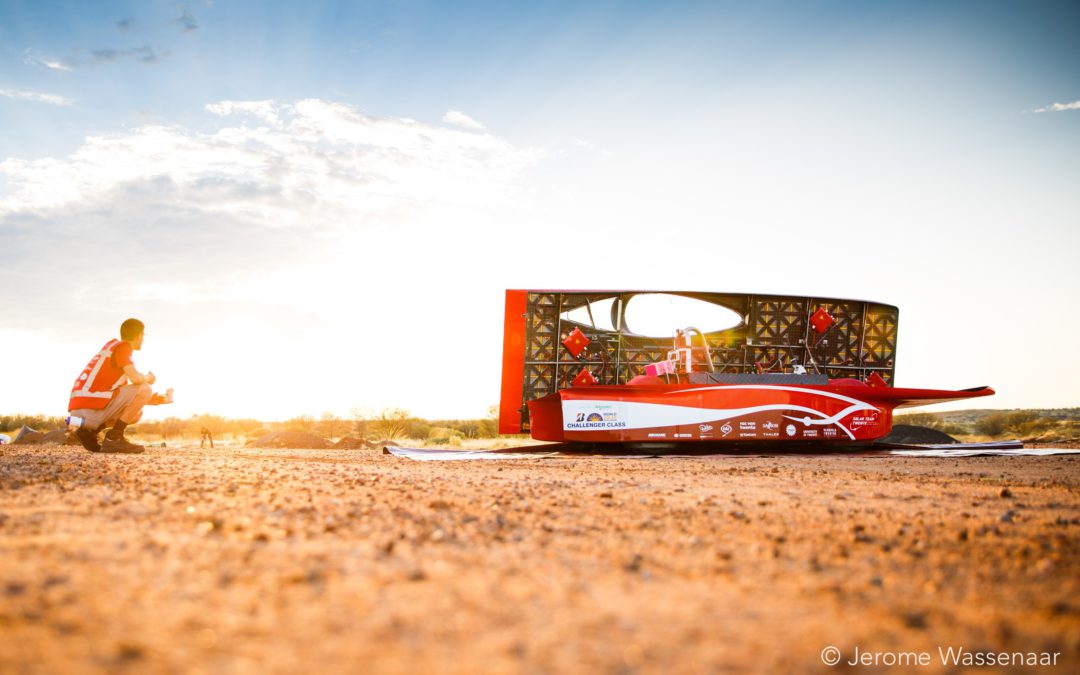 Today is wisdom wednesday. A bi-weekly item in which we put a spotlight on one of our technological innovations. In this first wisdom wednesday of 2019, our electrical engineer Hidde will explain something about the battery in our solar car. How does a battery cel work, how much energy can it store and how is it possible that the solar car can still drive around when no sun is to be found?

Driving without sunlight
The solar cars’ battery is used to store solar energy. This energy is generated through the solar panel when enough sunlight hits the panel. A large portion of this income goes directly into powering the engine. This allows us to use the energy generated by the panel as efficiently as possible. The ‘extra’ energy which is generated is stored in the battery and can be used to power the motor when there is little or no sunlight available. Even when the solar car isn’t driving the panel charges the battery!

Enough buzz
As Solar Team Twente, we are looking for battery cells which have a high energy density. This because the regulation of the Bridgestone World Solar Challenge put a limit on the total weight of battery cells allowed in the car. But at the same time the battery must deliver sufficient power to the engine. To achieve these amounts of power the battery cells are connected in series. Where for each cell the negative terminal is connected to the next battery cells’ positive terminal. The power of the two cells now allow for more overall power of the battery. By connecting enough battery cells in series we can achieve the right amount of power which is necessary to overtake our competition during the race!

Our electrical engineer Hidde has selected two of the most frequently asked questions on the topic of the battery which he will answer for you!

Why is it important for the strategy to use a battery?
The battery is of major importance to our strategist. It assures that the speed of the car is not only depending on the revenue from the panel (and thus enough sunlight) but is backed by a battery which can be used to power the car. Without battery all revenue from the panel would go straight to the engine. This is however not always possible, e.g. when dealing with a speedlimit. When using a battery it is possible to store some of this energy for later or if there is not enough sunlight available to maintain a constant speed. A very good example of this is when dealing with clouds, if the strategist knows that beyond the clouds there is clear sky, this could conclude that they will use the battery to drive through the clouded area faster to get to the clear skies where more revenue can be made from the solar panel. The battery could be seen as a safety buffer for strategy!