Where are they now? Michael ten Den 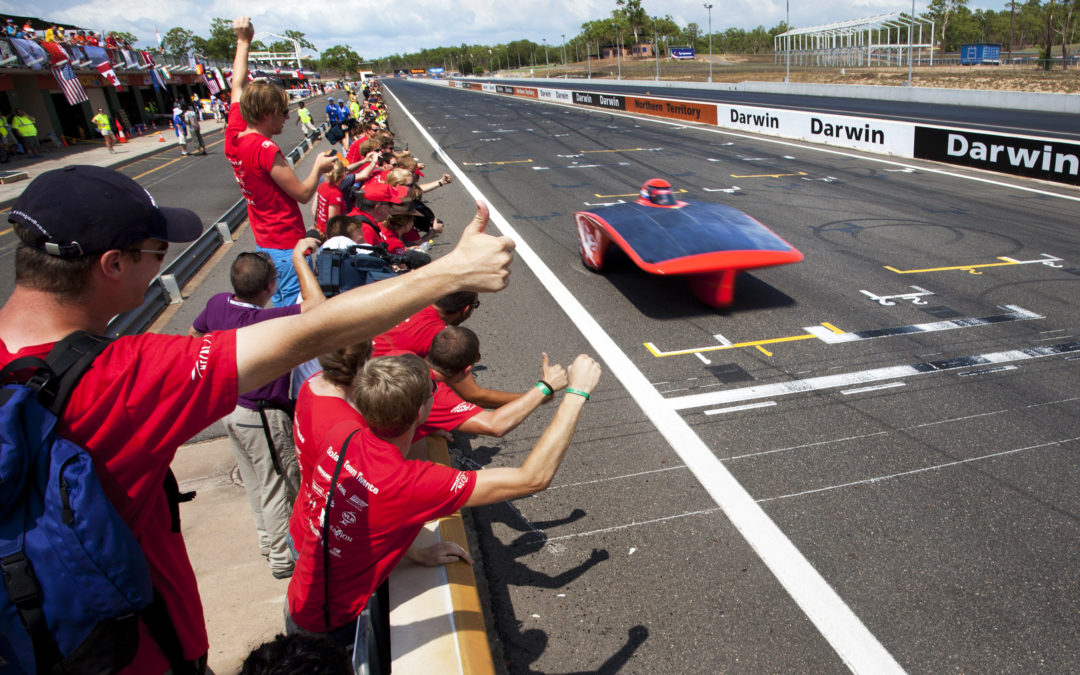 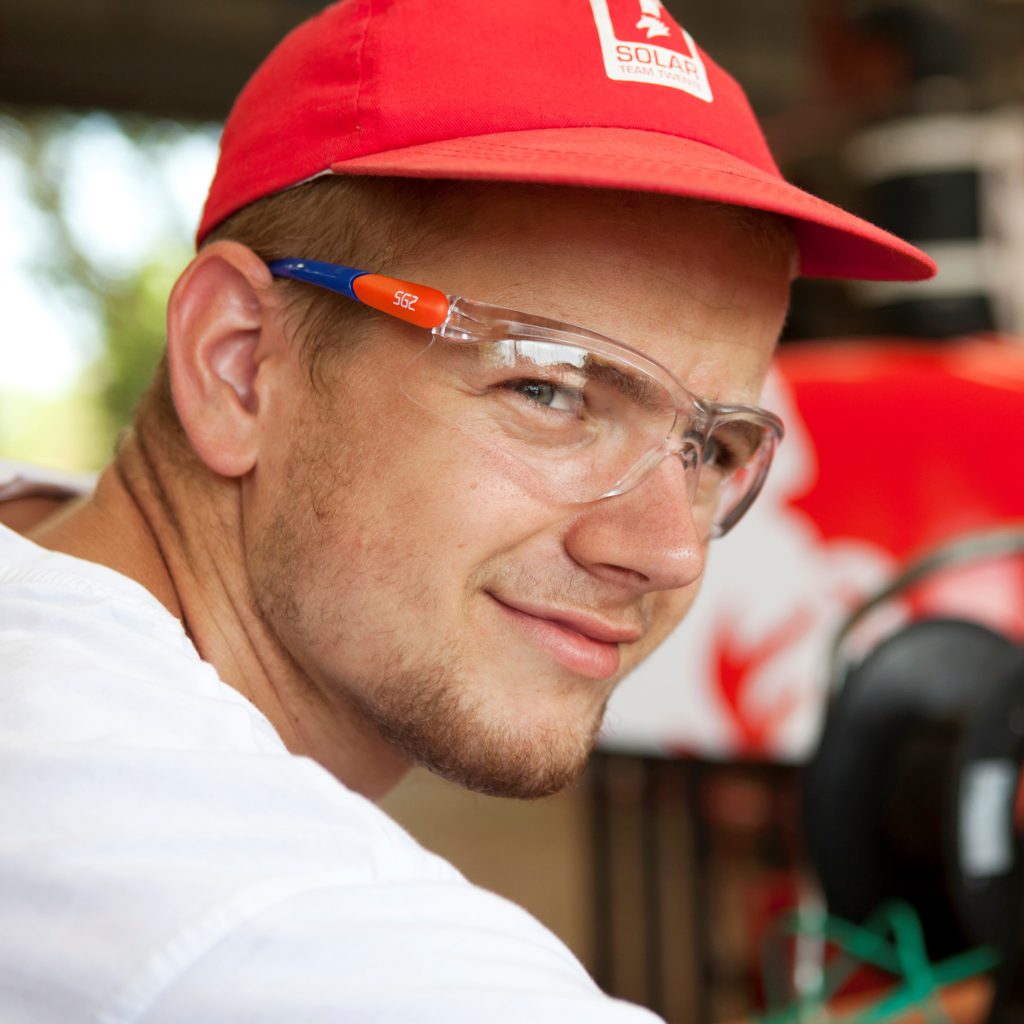 Position within the solarteam: My main function within the team was Data-acquisition (DAQ). I focussed on gathering data on the solar car during testing and the race. This was made possible by implementing over 200 sensors in the car. These sensors are read out through our electronics and sent to the Decision Making Unit (DMU) via WiFi. I wrote the software which converts the sensordata to understandable data. With this information we could monitor the solar car in ‘realtime’, which allowed us to optimize and adjust for an optimal strategy during the race!

Company:  Since April 1st I started my own company; Goaldigger, where I will, first as a freelancer and hopefully later with staff, work for (online) companies where I will help them increase their revenue by offering technical support for online marketing. I will offer email automation, setting up landing pages, realising website and writing customer specific code. But in the end this is all a matter of demand and supply. With my flexible deployment and focus to help the growth of (smaller) companies, I will also work on projects within my expertise.

It started off as a joke for this year, but has now grown into reality; which means work! Luckliy I already landed my first paying customer, all the way from Ibiza.The knowledge I have gained during my time at Solar Team Twente will really pay off now. I’m extremely excited for this new phase!

Position: I will slightly misuse this question. Before starting my own business I worked at Romias Robotics, which you all know as the OTTO SDV presented the model of this editions brand new solar car RED E. I was Lead software engineer and managed the software group, worked on programming robot automation with LabVIEW and was part of the companies managementteam. My ambitions here were the same as during my time at Solar Team Twente; teamwork, innovation, making the impossible possible, create revenue and create a positive energy. In the end you will need a great team of employees, partners and suppliers to grow, on both the personal and the financial level. 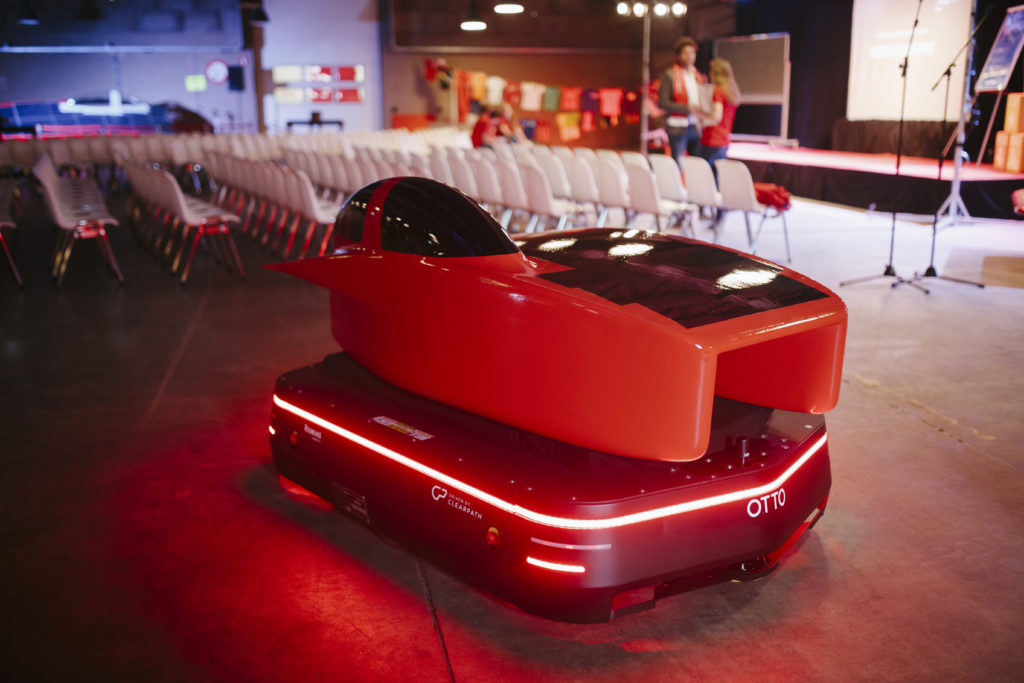 What are your daily activities within your position? Difficult question! Especially since I have only launched my own company on April 1st. My focus will be on achieving visibility, building a customer base, creating financial stability and documenting my vision for the next couple of years.

What have you learned from your time at Solar Team Twente? Where to start, because it is really a lot! Besides the technical knowledge you acquire within your position, I think that the most important thing I learned is communication. Clear communication on progress and planning with the technical manager for example, being a software engineer, this wasn’t exactly my strongest skill. But I also learned a lot on a non-technical level, like ‘How to build a good customer relation’ and ‘How can you promote your passion (Solar Team Twente) during events’. The great thing about the solarteam is that they’re actually much like a small company who develop an awesome product. So naturally, acquisition and events are parts of the program.

What is your best memory with Solar Team Twente?  The qualification, which was awesome. Jens was so fast in the corners on the lap that he drove through them on two wheels, slightly scraping the nose of the car over the tarmac, regaining control over the car and earning us the fastest lap time! Together with all of the preparations, practising on the course and getting the solar car back in the workshop to fix the nose made it a very special moment. 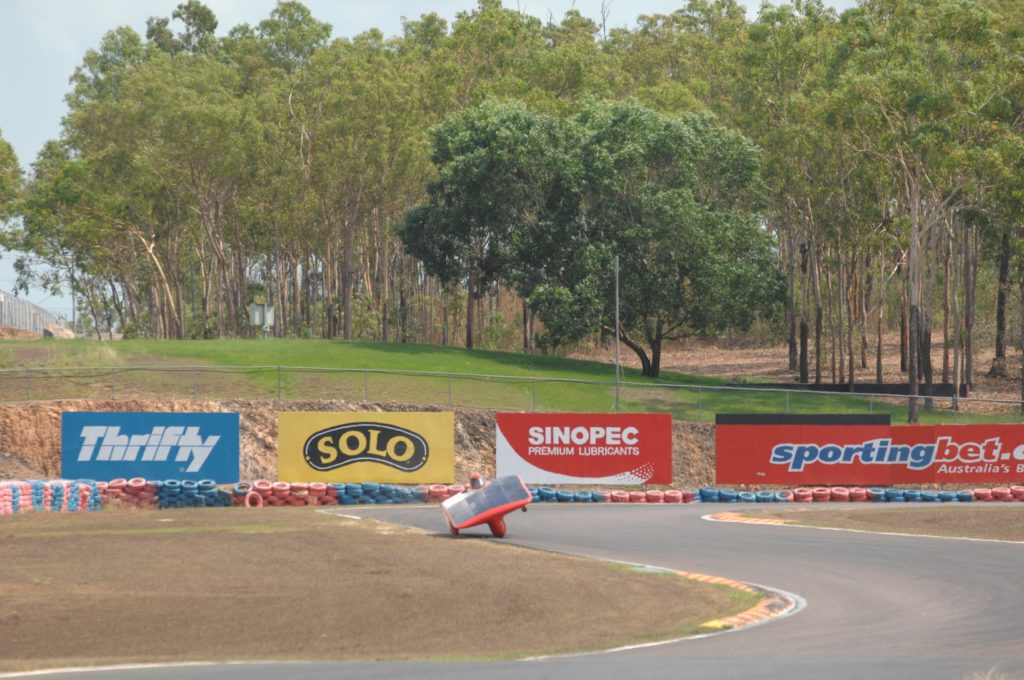 21Connect during the qualification

How did you get to know about Solar Team Twente? Solar team twente was promoting their team at Saxion and Koen Hazebroek, an applied physics student, was part of the 2009 team. Talking with the team members and the challenge they took part in made me want to apply for the 2011 team.

What would you say to the current members of the team? Take good care of yourself and rely on the knowledge base that your partners and predecessors offer you! Me dropping my sports and skipping my hours of sleep, only to be able to spend more time on the solarteam where definitely a bad decision and actually made my code (and productivity) worse. One night I worked the entire night on a wiring harness because I had to test some new software the next day. However the next morning it turned out that the wiring harness was full of errors which led to us (me and the electrical engineers) spending an entire day on fixing it (bye time-savings). Besides that I spend a lot of time working out stuff which were already worked out by others before me… Especially during the first few months I had an enormous drive to prove my worth to the team, causing my ego to get in the way of me asking for help. But it was only when I got appointed a mentor from Thales that I started to understand what the ‘Team’ in Solar Team Twente was all about. Since then I got more into contact with our partners and my development, both personal and professional, improved a lot.

Building a solar car is something (nearly) anyone can do, but crossing that finish line in Australia is something only a great team can achieve.