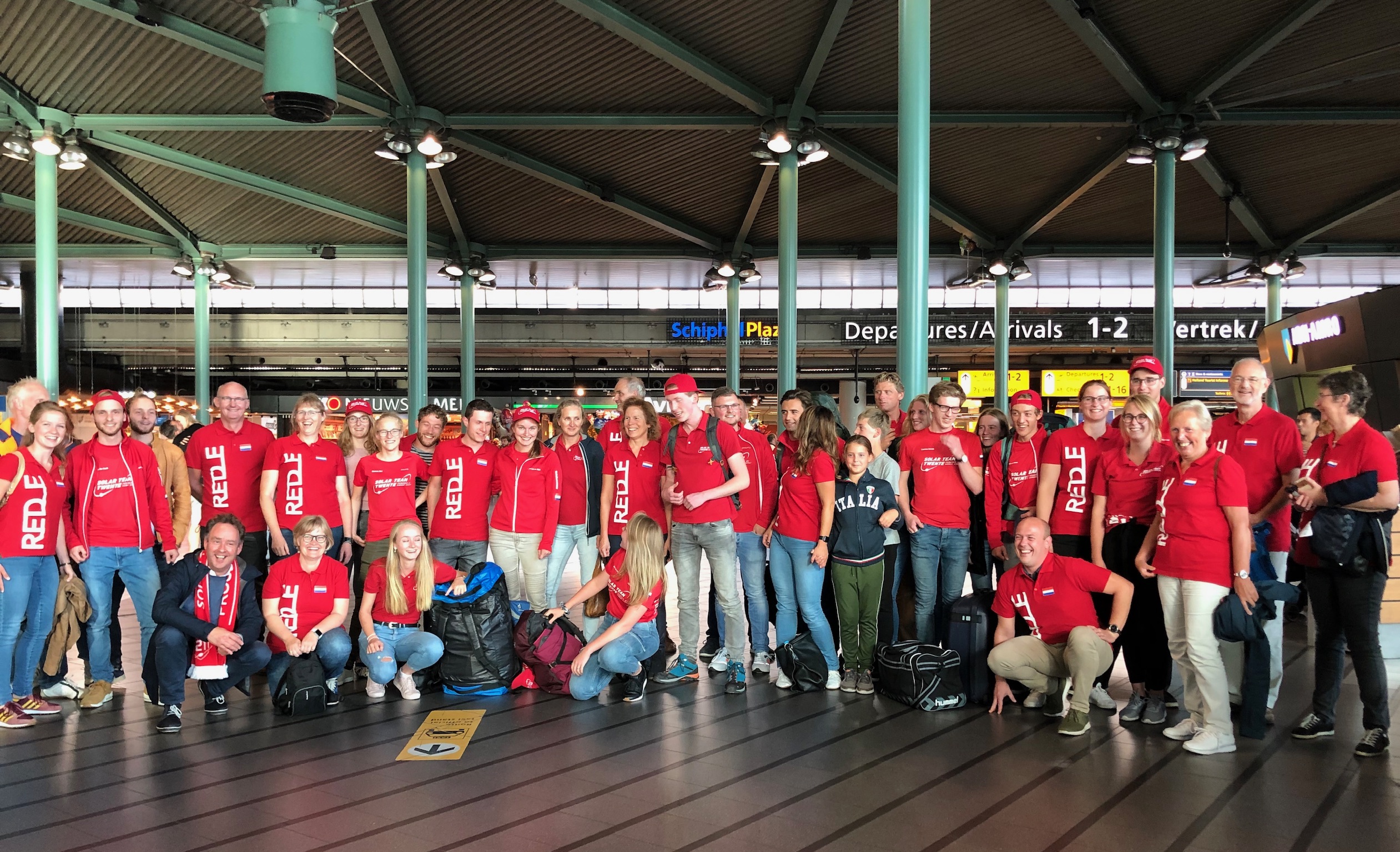 The Bridgestone World Solar Challenge is getting closer. In the five weeks before the race, we are staying in Darwin with the entire team to prepare us for this challenge as best as we can. What do our weeks look like? You can see and read that in this weekly report! This is the update from the 30th of augustus to the 14th of september.

On the 30th of August we put our transport box with RED E in the airplane to get to Australia. This was a very exciting moment for the entire team, but especially for Merel. She has been responsible for transporting our whole project to Australia. 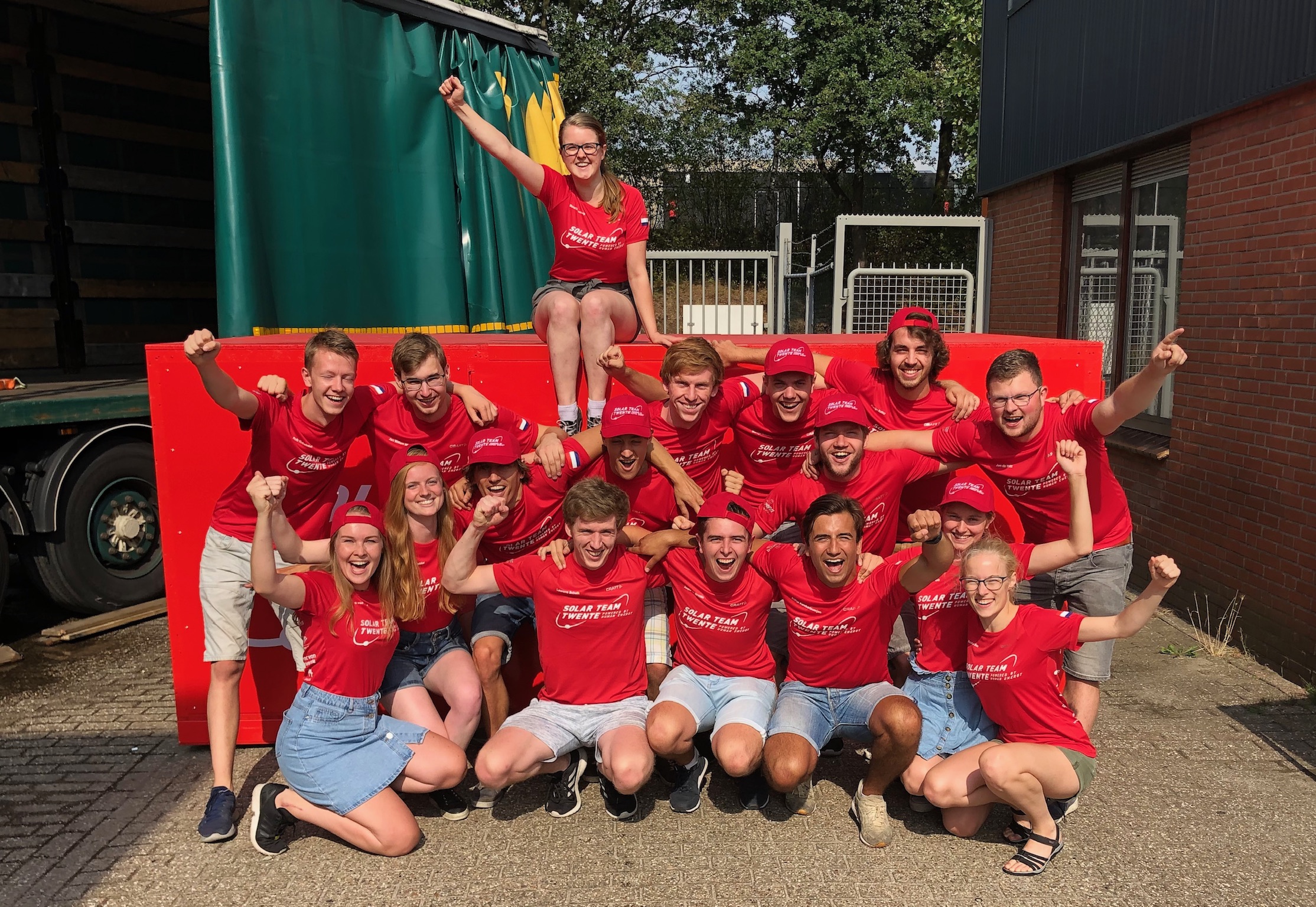 On Wednesday the 4th of September the first nine team members flew to Australia. Merel and Rob left together from Schiphol. Some family members even made special supporter shirts. 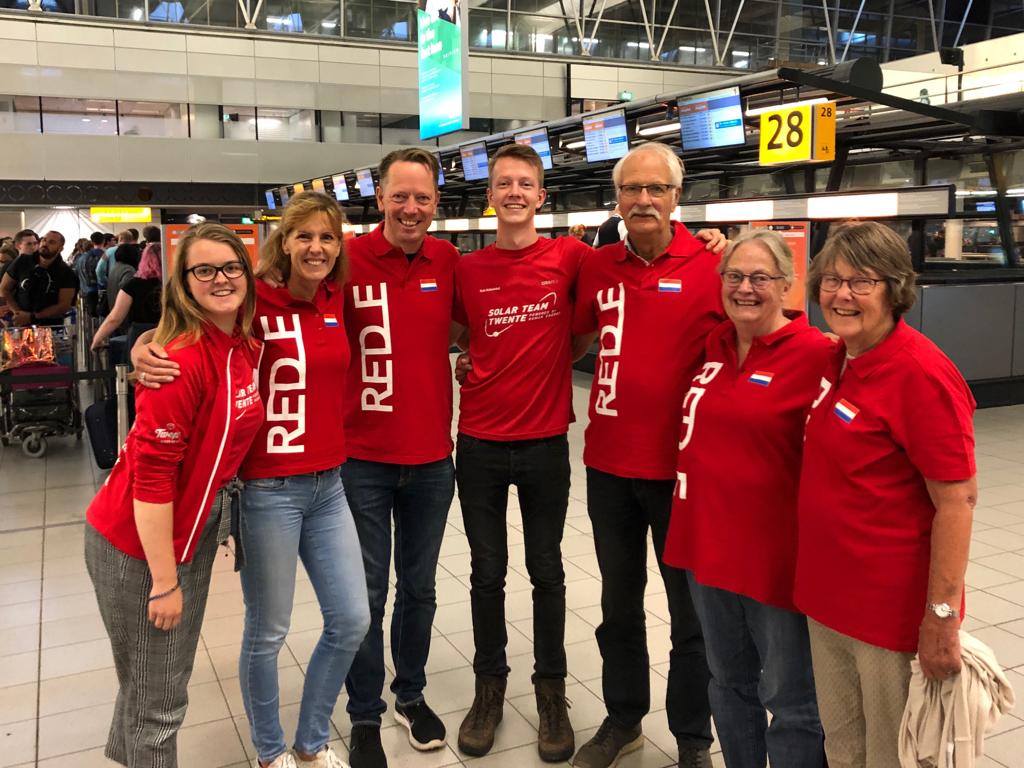 From south to north

Four people who where in the first group left to … Adelaide? Definitely! They drove the race the other way around, from south to north. During this trip they spotted locations where we can sleep during the race, cattle grids and awesome photo locations. They also visited Top Dutch Solar Racing. This team have been staying near Port Augusta for a few weeks. 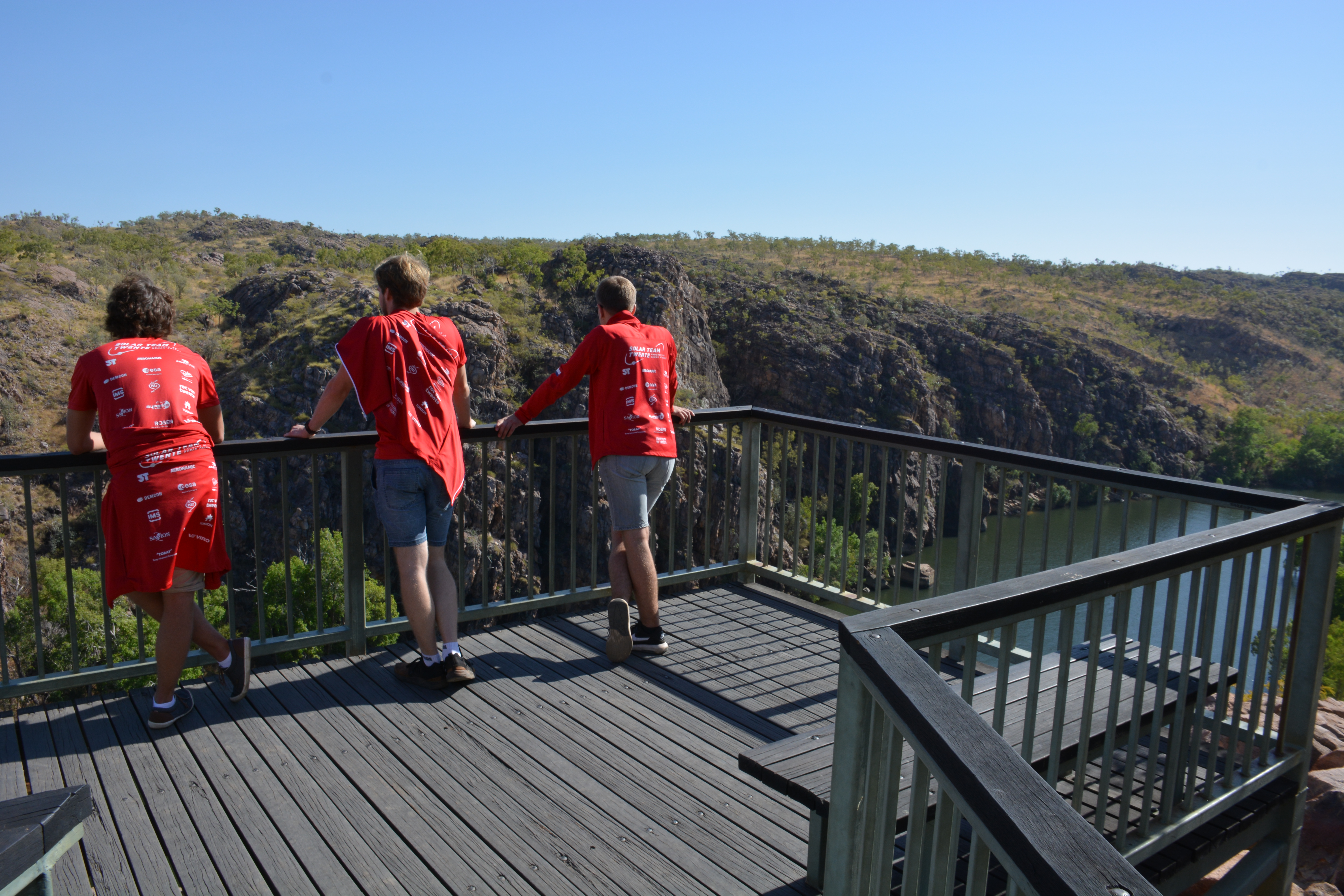 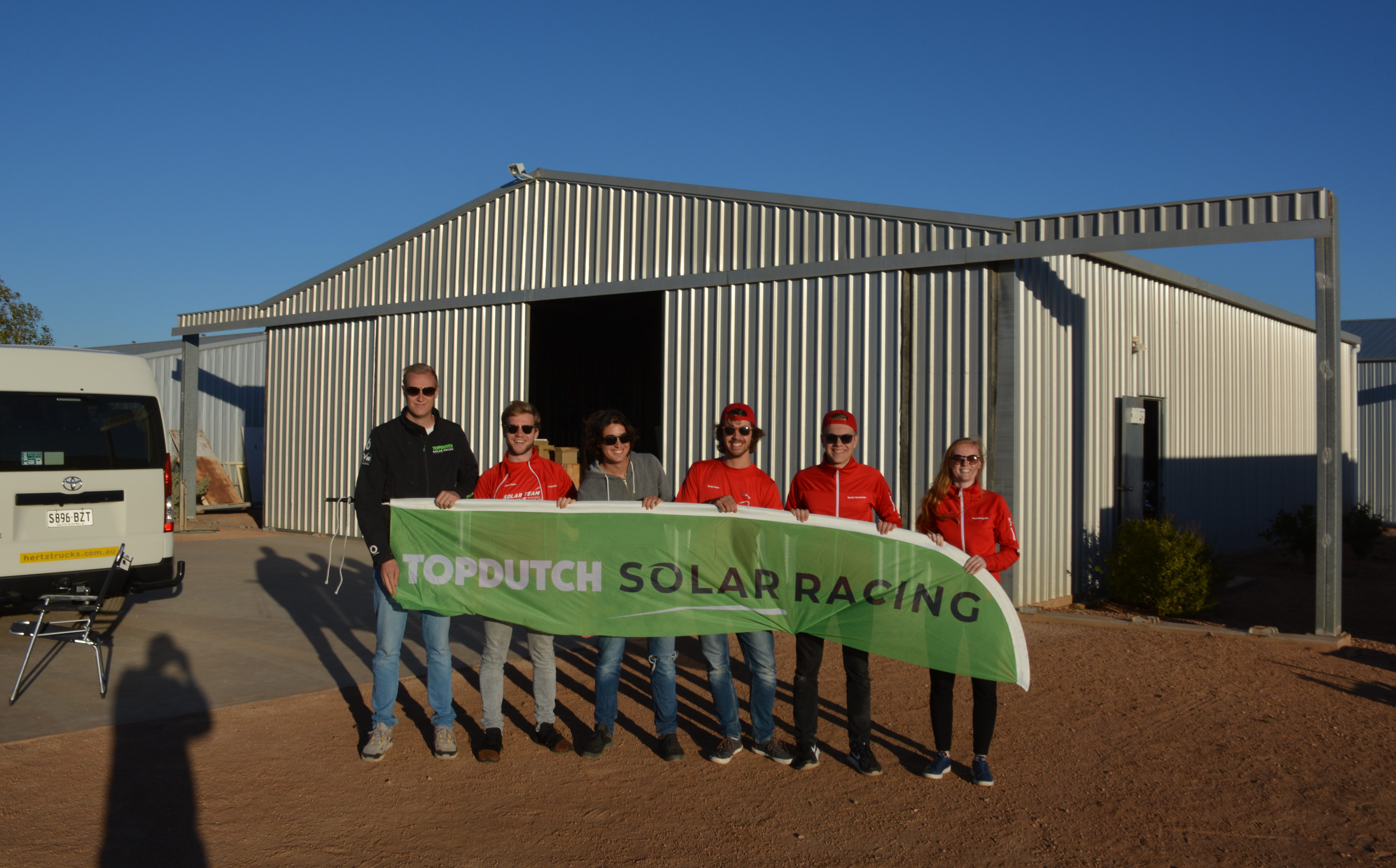 Immediately back to work

The second group arrived on the 9th of September in Darwin at the place where we are staying for the next 5 weeks: the hostel in Darwin. The first group prepared everything very well, like arranging our workplace and doing all the groceries for the first few days. So the second group could start working immediately. One of the things they did was wrapping our convoy cars! After a few instruction videos and a little practice, it started to go really smooth and the first car already has a beautiful red color! 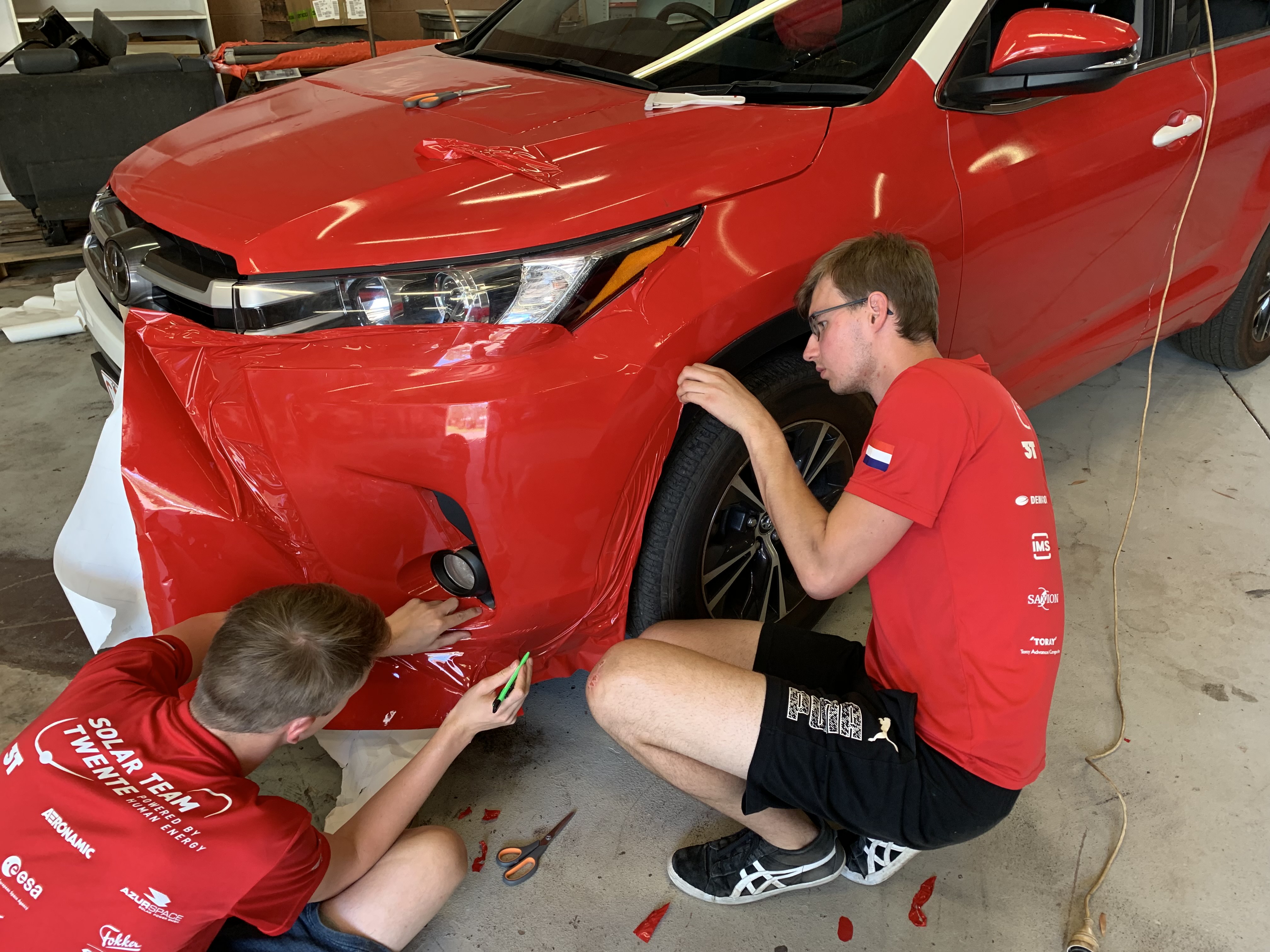 The first part: the battery

After traveling for two months per boat we saw it again: the battery arrived safely in Darwin this week! Thus, the first part of the solar car has arrived in Australia. The countdown to the arrival of our solar car has begun. Soon we can make the first kilometers in Australia with RED E! 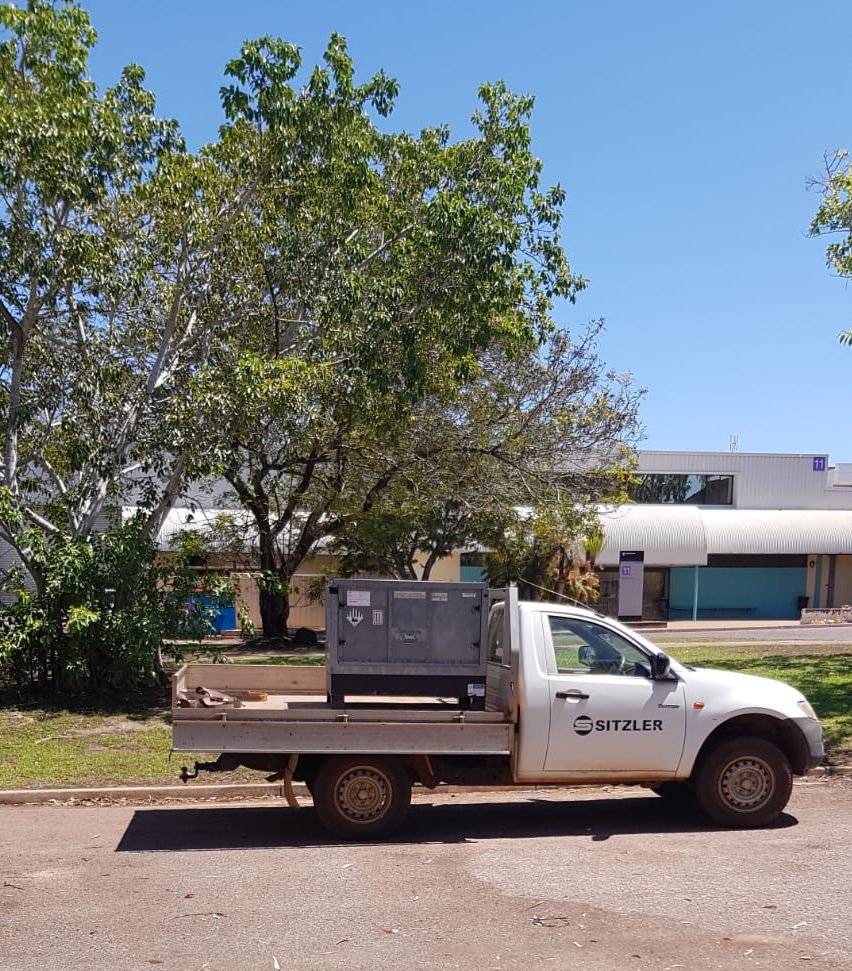 Our workplace is located at the Charles Darwin University. During our break, we have been exploring the surroundings and found these beautiful places. So, this is a fantastic workplace where we can definitely get used to! 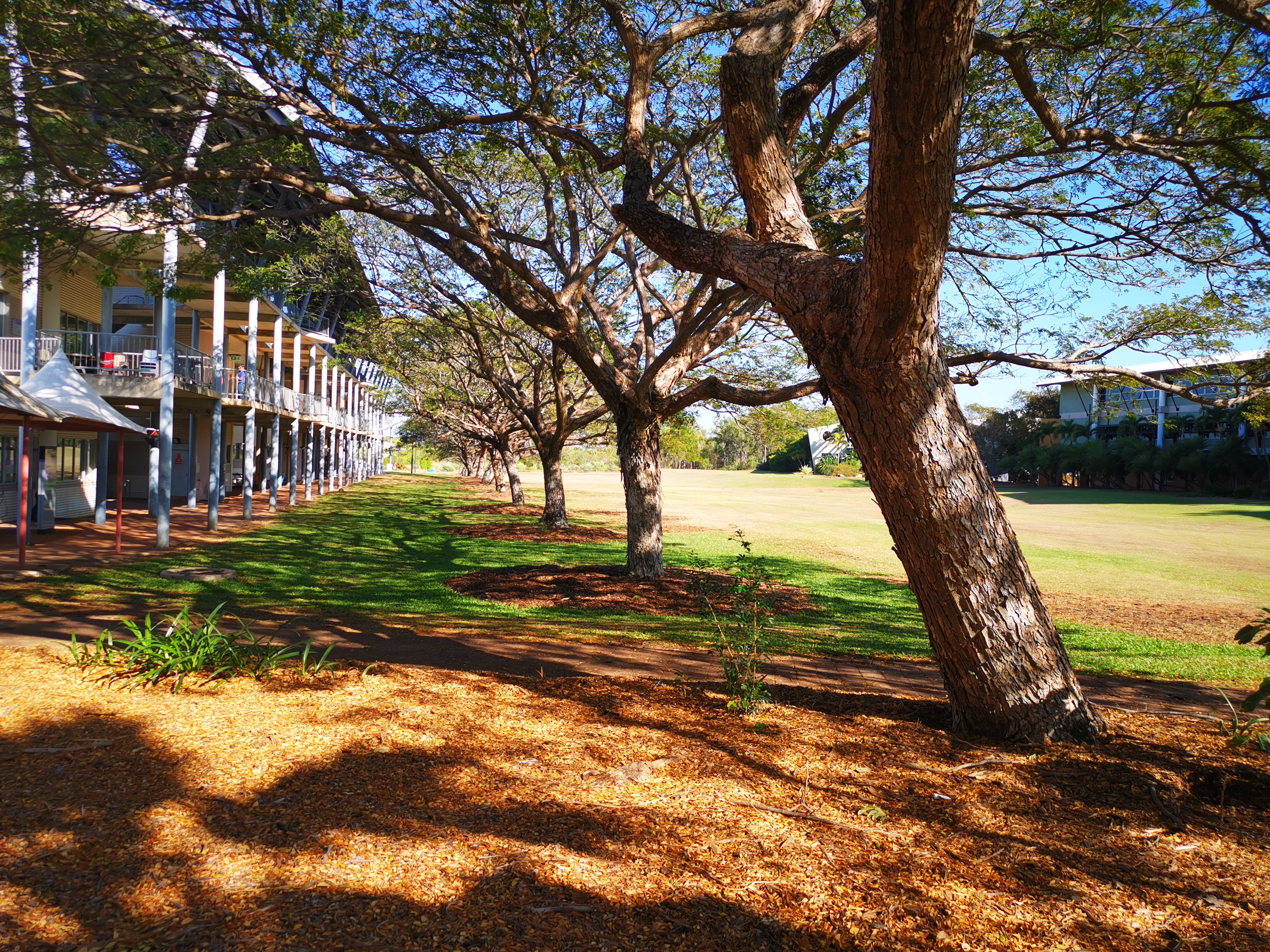 The entire team was reunited in Australia on the 13th of September. This morning we had the first breakfast together with all 19 team members. In the coming four weeks more team members will join us until the entire race team of 39 people is complete. Why are we with so many people? Watch the first ‘WSC for dummies’ this Monday to get to know the answer! 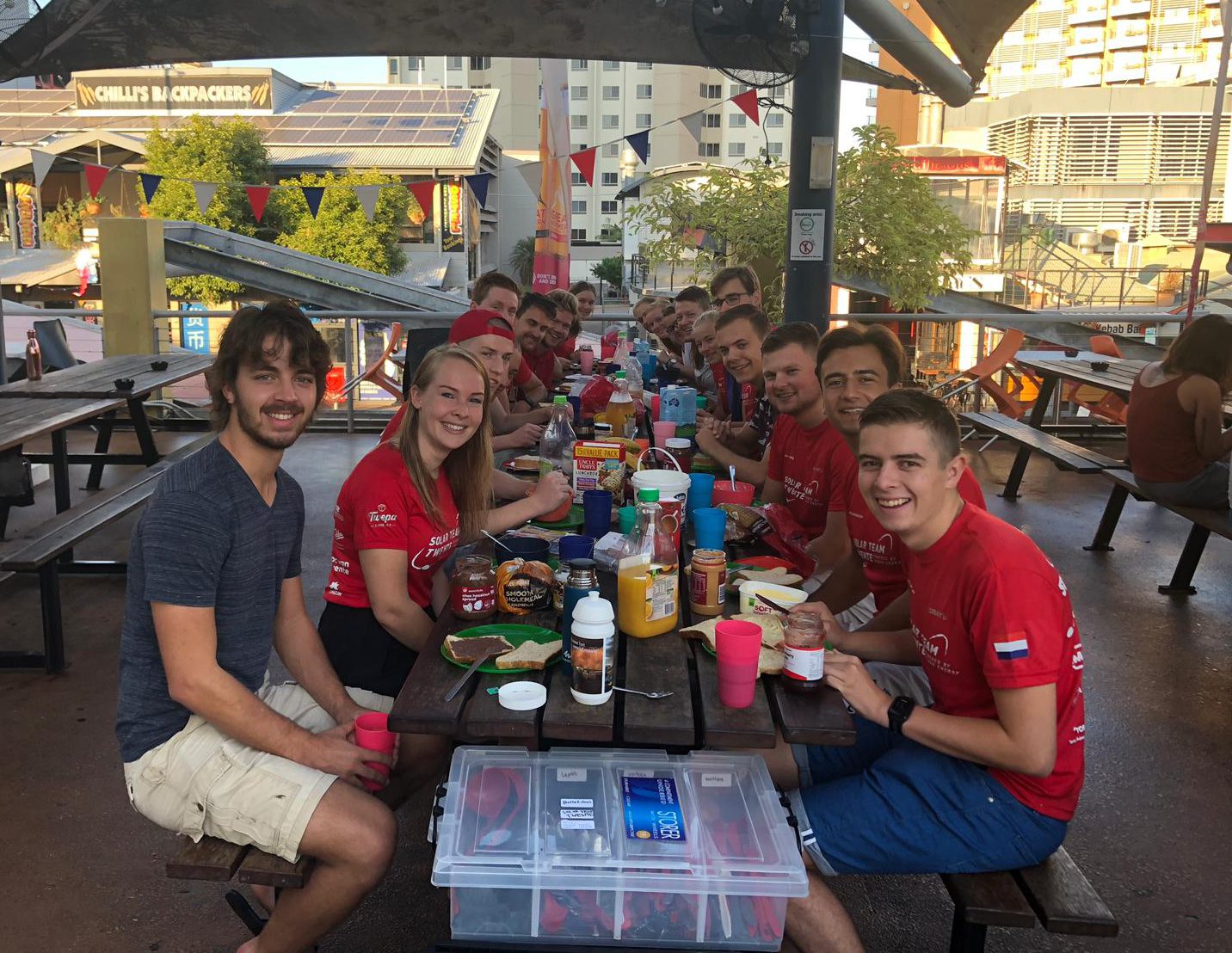 Solar Team Twente in the media

Our technical team members have already been working on all the paperwork that describes all technical details about RED E. On the 11th of September we got great news! We heard that all our documentation has been approved! Scientific Gems made a great overview of the statuses of all teams.