The farthest journey of RED E: from Enschede to Darwin 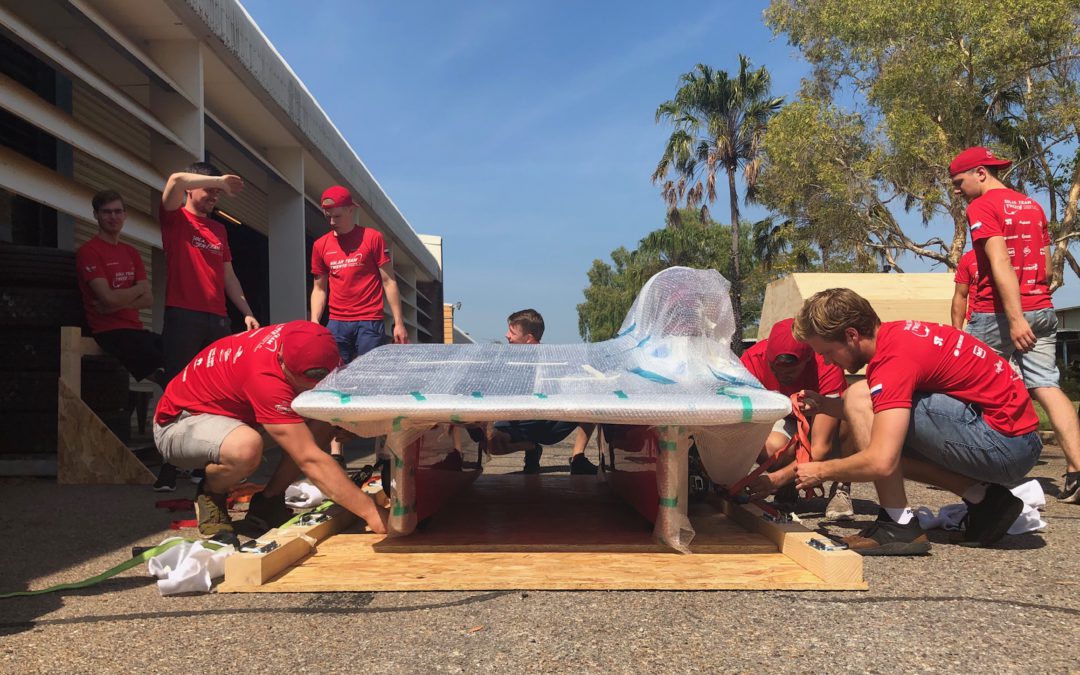 Before RED E can compete for the title of world champion in Australia, the solar car must arrive in Darwin first. This morning the car finally arrived, and preparations to start testing have begun. Merel Oldenburg, Secretary, Finance & Logistics of the team, is responsible for this transport. In this blog you can read all about how the transport went.

Australia’s customs are very strict. Not only on what we’re all used to from flying, such as drugs or fake watches: everything has to be spotless to enter Australia. A small amount of dirt, like sand (or worse: mud!) and your car might be delayed significantly. This is due to the strict laws the country has regarding biosecurity (= a couple of rules to prevent diseases to enter the country). This resulted in quite an odd sight at our workshop in Enschede the week before departure: everything that was packed for the trip was first thoroughly cleaned. Even RED E’s tires had to undergo a good scrubbing. RED E was packaged with extra care as well, with three layers of bubble wrap. After the final check everything was put on a truck to Schiphol and we’d see our car back in Darwin. 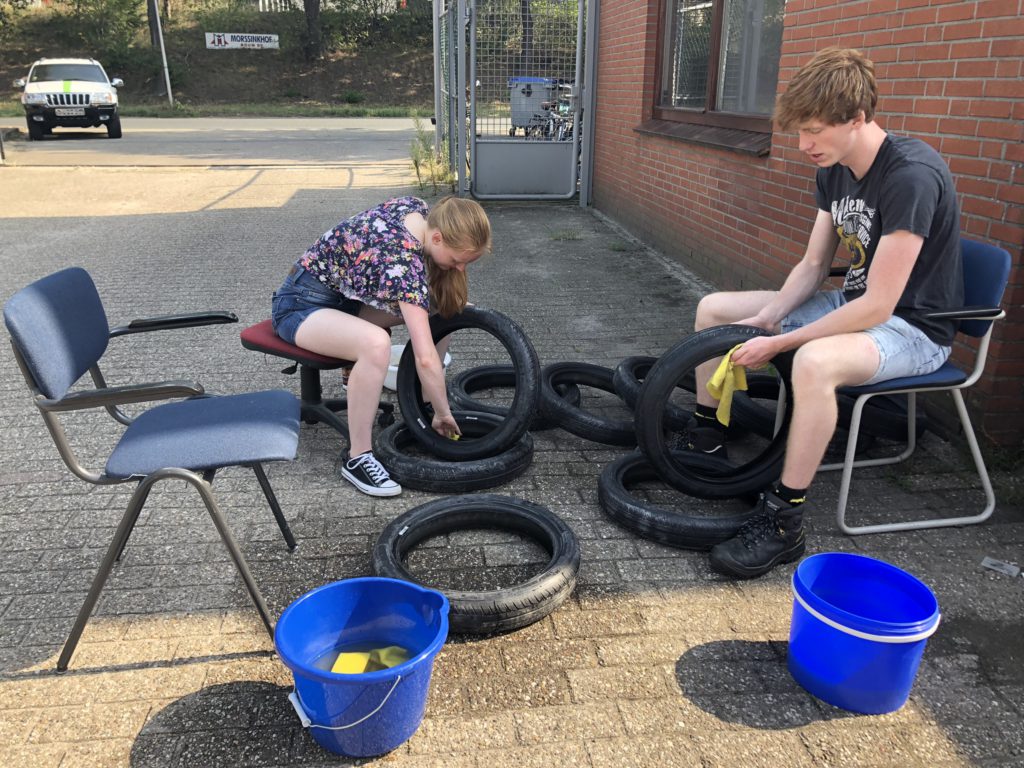 In Sydney, RED E was delayed, but in an unexpected way. Mud or sand in your transport box will not cause any problems if there is not enough time to check the boxes. To ensure that we quickly got a second moment to complete the check, team members Merel and Koen flew to Sydney. There they ensured that the check of the transport boxes could be completed during the second moment and that the solar car could make the last part of the journey: by truck to Darwin. 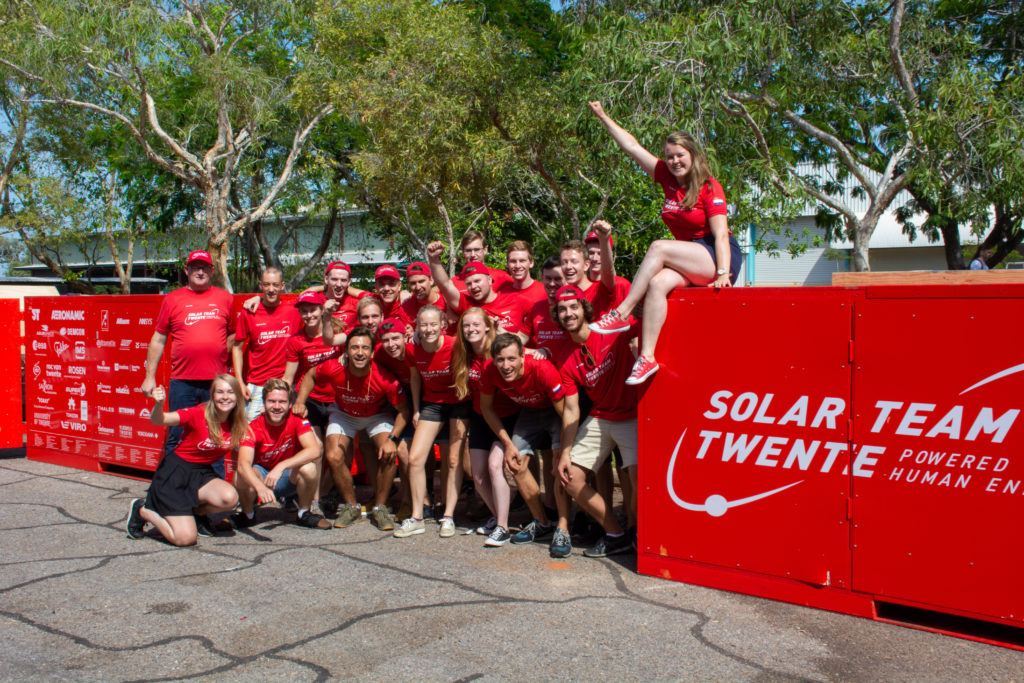 It is crucial now to start testing as quickly as possible, especially because RED E was here a few days later than planned. The whole team is in Australia about a week and a half before RED E to prepare for its arrival. “The Bridgestone World Solar Challenge is quickly approaching, in these last couple of weeks every day counts. We’ve tested a lot already in the Netherlands of course, but in Australia test conditions match those during the race. That’s why it’s important to train with different scenario’s here as much as possible.” says Technical Manager Sybren Wubs.

Only 23 days till the race! Follow our social media for the latest news about the team, the solar car and the Bridgestone World Solar Challenge.