Take a look at the convoy: the truck 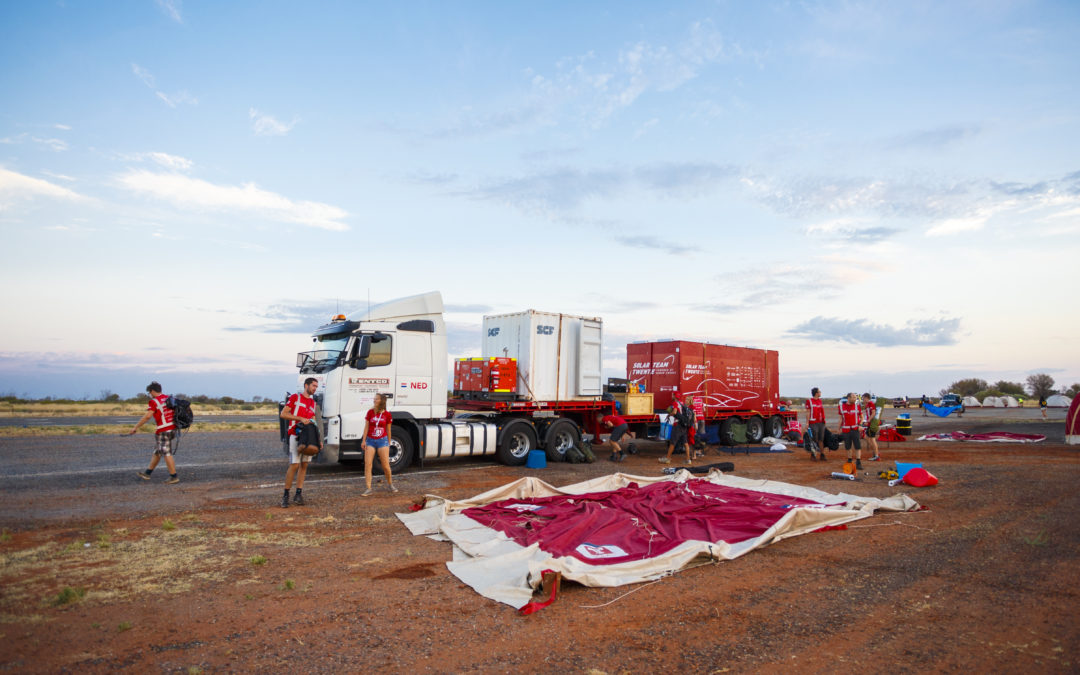 Our solar car RED E is not the only vehicle that crosses the Outback during the Bridgestone World Solar Challenge: an entire convoy with the 39 team members drives along with the solar car. In this blog series we explain how we cross the Outback with the entire team. Every car in the convoy has its own role. This week we tell you everything about the truck and its drivers.

Transport from North to South
All the needed materials are flown to Australia in two containers. The goods arrive in Darwin but after the race we return to the Netherlands from Adelaide, 3000 kilometers to the south. All the materials need to travel from north to south, how? The answer is by truck! This truck transports all materials, including all our camping gear, during the Bridgestone World Solar Challenge. This truck of course needs a driver. This year three truck drivers join us on our journey. Continue reading to discover who they are.

The drivers family
Ron Lam is joining the team since 2013 to drive the truck in Australia. Driving more than 3000 kilometers with a large truck through the Outback is a real challenge. An extra truck driver to share this responsibility would not have been an unnecessary luxury. Since Ron told about his experiences at home with such enthusiasm, his daughter Michelle and son in law Rik were easily seduced to join him on the next trip. This edition the trio enforces the team together for the second time.

Early birds
For the truck drivers the race is completely different than for the rest of the convoy. The truck is the first vehicle to depart from the camp location at 07:00 am after the camp is torn down and packed. The truck drives ahead and is the first to arrive at the next camp site. Michelle: “The most bizarre element for me is the large amount of kilometers we cover on a day and how everything around us gradually changes, like the climate and the weather conditions.” 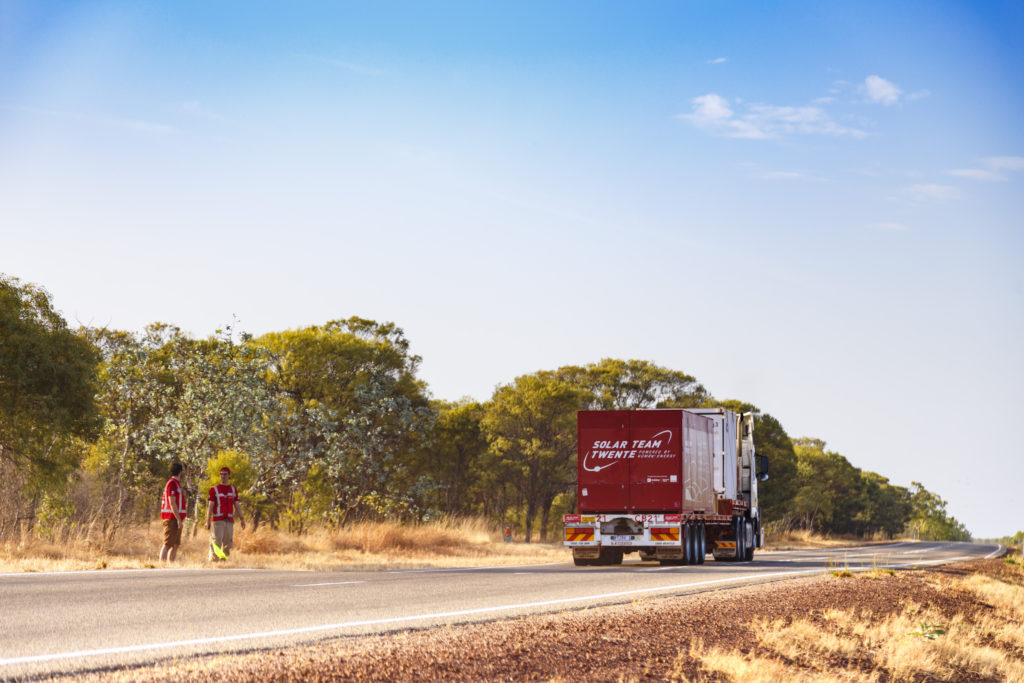 The father of the groep
After three editions, Ron can say that he is an experienced team member, not only with driving the truck but also in being a true support for the team. Lars Klein, race leader of team 2017, described Ron as a father figure for the group. Besides knowing how to drive a big truck, Ron shows understanding in what the team needs: a cup of coffee at the right moment, a little encouragement or just a listening ear. When everyone is busy preparing the next race day according to protocol, Ron makes sure there is coffee for everyone and does his round through the camp to provide everyone. This small gesture is enough to bring a smile on each face.

An amazing experience
“For me it was an amazing experience, especially because I got the change to share it with my girlfriend and father in law. When the team asked me again for this years race, I did not have to think long before I answered” Rik told us. The truck drivers arrive in Darwin close before the start of the race. In the Netherlands the whole team already got acquainted, so in Australia the truck drivers are part of the team straight away. “The team spirit, that I felt from the first till the last day, was truly special” Ron told us. Ook Michelle was thrilled to relive the adventure: “I was excited to really get to know people in such a short time period and to see how badly this team wants to win. Next to that it is really special to kamp in the middle of nature and not being able to take a shower for a whole week. At first it does not sound really inviting, but you do not have time to be bothered in between all the positive experiences.

Next time: small peak inside the solar car
Next week we give you a small peek into the car it is all about: the solar car. What is it like to drive this car and how do the drivers prepare to race during the Bridgestone World Solar Challenge?

Do you wish to learn more about the logistical operations during the Bridgestone World Solar Challenge and the camping? Ask your question on one of our social media channels and maybe Merel will answer your question in next Thursdays live vlog from Darwin!