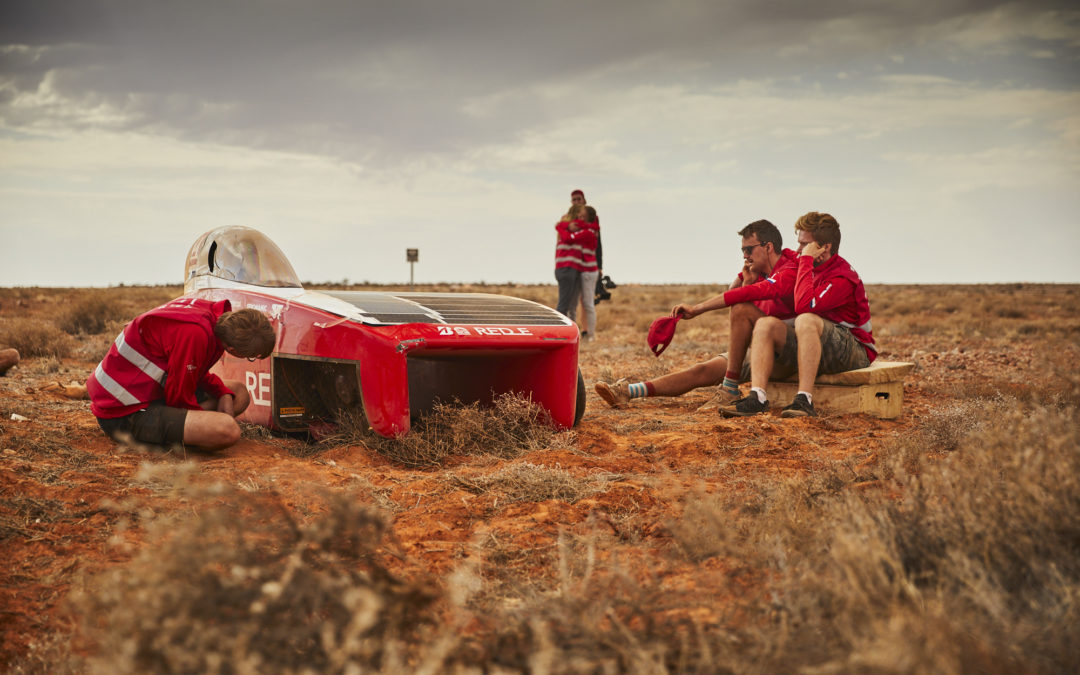 A strong wind gust has made an end to the 2019 edition of the Bridgestone World Solar Challenge for Solar Team Twente. Shortly after the start of the fourth day, solar car Red E was blown of the track. The car hit the roadside and was not able to get back on the road. Luckily the driver was fine, but the car has been damaged, forcing the team to end their pursuit.

Unpleasant surprise
With only 865 kilometers to go until the finish line in Adelaide, Solar Team Twente was in the lead. After twenty minutes of racing on the fourth race day, driver Evert van der Hoek was surprised by a sudden heavy side wind, causing the car to hit the roadside. The driver was not able to get Red E back on the asphalt and was forced down a small slope. Red E spun around and came to a halt upside down.

The team was able to get to the vehicle soon to ensure the driver was fine and no further damage could occur. Evert did not suffer from any injuries but was taken to hospital as a precaution. Luckily, an examination showed he was doing fine.

The sudden end to the World Solar Challenge is a big blow for Solar Team Twente. Annelies Dekker, team manager: “the most important thing to the team is the fact that Evert is safe en got out of the car hurtless. We are astonished of what just happened here, but thankful that we are all here together safe. An incident like this puts everything into a different perspective.”

Severe conditions
Solar Team Twente choose for a safe strategy for its fourth racing day. Also on the third day, the team encountered some severe wind gusts and heavy sandstorms. These forced the team to stop for a while aside the road. Also during the nights, the wind did not ease. it were not just the World Solar Challenge that was hindered by the weather: planes were grounded and a trailer was overturned. 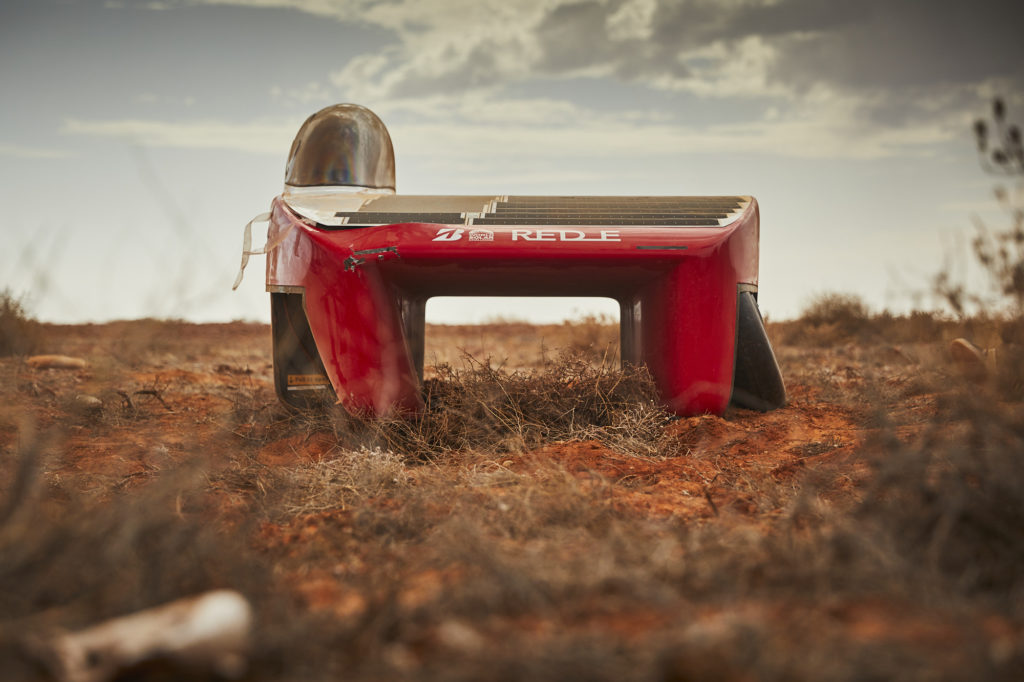 Continuing not possible
During the crash, the Twente solar car was damaged in different places, including the front wheel suspension. A thorough inspection showed that it would not be wise to continue the race, also given the severe weather conditions. For the Dutch students, this will be the end of their World Solar Challenge adventure, after being in the lead in the 3,000 kilometer race through the Australian outback for three days in a row.

Measurements taken
Solar Team Twente appeared not the only team to be hit by the weather conditions. Also the Sonnenwagen of the German team of Aachen was blown off the track by a sudden wind gust. The organization of the World Solar Challenge has taken measurements to ensure the safety of the teams still competing in the challenge, by setting a temporary speed limit for all vehicles.

—
Note for press: for more information regarding Solar Team Twente, please contact Jochem Vreeman, our spokesperson in the Netherlands: +31 6 5432 6671.