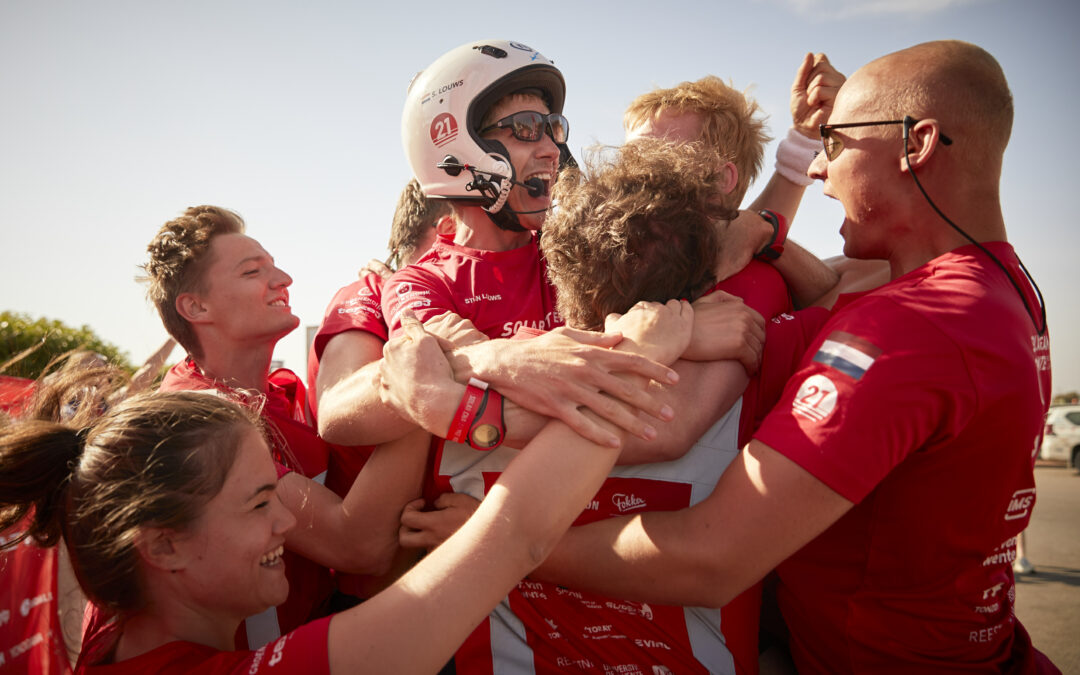 Solar Team Twente is the winner of Solar Challenge Morocco 2021; a tough solar race over 2.500 kilometres through the deserts and high mountains of the West-African country. In today’s final stage, the leading position of the team with students from Saxion University of Applied Sciences and University of Twente was not threatened anymore.

Over the past few years, Solar Team Twente has worked meticulously on the development of a number of components specifically built for the solar car. In doing so, the student team worked closely together with various business partners. Precisely those components developed in-house turned out to be worth their weight in gold in Morocco.

Thijs Alberts, Electrical Engineer of Solar Team Twente: “This year we started using a new, self-designed powertrain, including the JASMINE motor controller. That secret weapon proved to be the key to success. “By working with components that can be precisely configured to the specific characteristics of a solar-powered car and the conditions of the race, we were able to run an almost trouble-free race. This was a great test for the car, as well as important gains for the further development of solar electric driving.”

Although Solar Team Twente had no major problems during the race, it was certainly not an easy one. Thomas Jansink, race leader: “The conditions in Morocco were tough and varied: in the Atlas Mountains, RED Horizon, as the car is called, had to overcome gradients of more than 12 percent, work its way through crowded villages, cope with the bumps of rugged dirt roads and it was certainly exciting to drive the solar car through wadis filled with water. We stayed calm and level-headed and looked together at how best to go about it. That worked well.”

The new experience – never before has such a big race between solar cars been held on the African continent – required a lot of improvisation from the team. Colin van Laar, team manager: “When it became clear in February that we would not be going to Australia this year, it was quite a disappointment. We had all been looking forward to it and working towards it for a long time. It was great to see how we set ourselves up as a team to keep working on the car. Fortunately, the opportunity came along to race in Morocco. We grabbed it with both hands and did everything we could to be well prepared at the start. The team spirit of that period has brought us a lot in the past days. We’ve worked really hard together to make it a successful race.”

Solar Team Twente qualified fourth in a sprint race on Sunday 24 October for the race, which started in the coastal city of Agadir. Belgium’s Agoria Solar Team, which is affiliated with the University of Leuven, held the lead until the start of the third stage on Wednesday, but then saw Solar Team Twente take over the lead, steadily distancing themselves from the competition. In the last two stages, from Merzouga via Zagora back to Agadir, the leading position was no longer in danger. In the end, Agoria Solar Team, which won the solar race in Australia two years ago, took second place in the challenge.

Traditionally, the best solar cars in the world compete every two years in the Bridgestone World Solar Challenge in Australia. Because of COVID-19 that race could not take place this year. The Solar Challenge Morocco appeared to be a good alternative. Colin van Laar: “We are very grateful to the organisation for holding this event, which gave us the chance to test our solar car against the best teams in the world.” 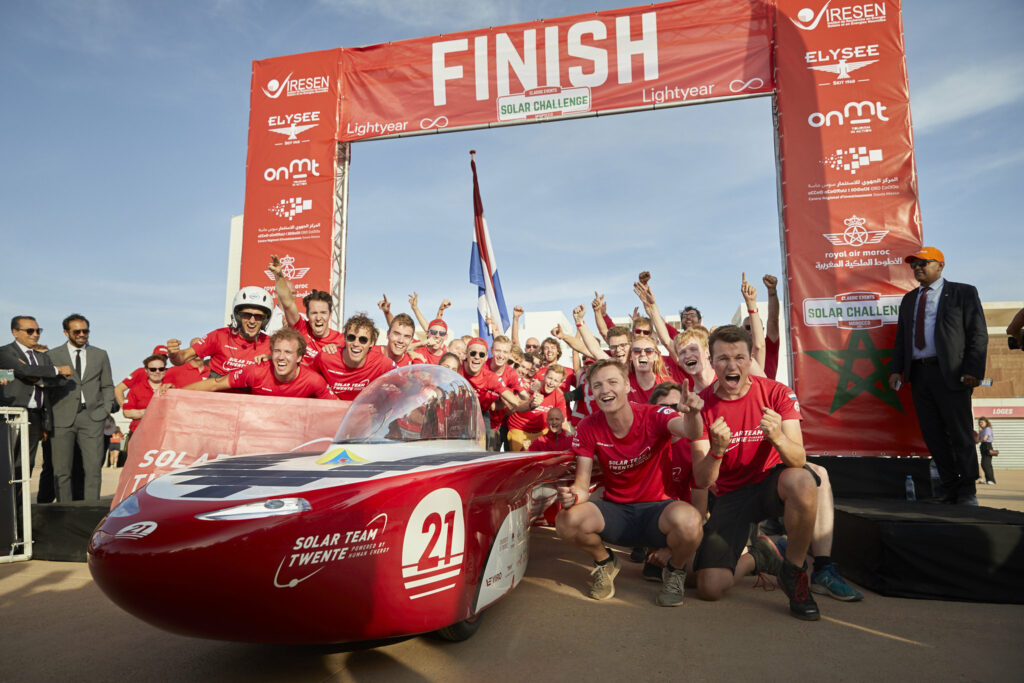