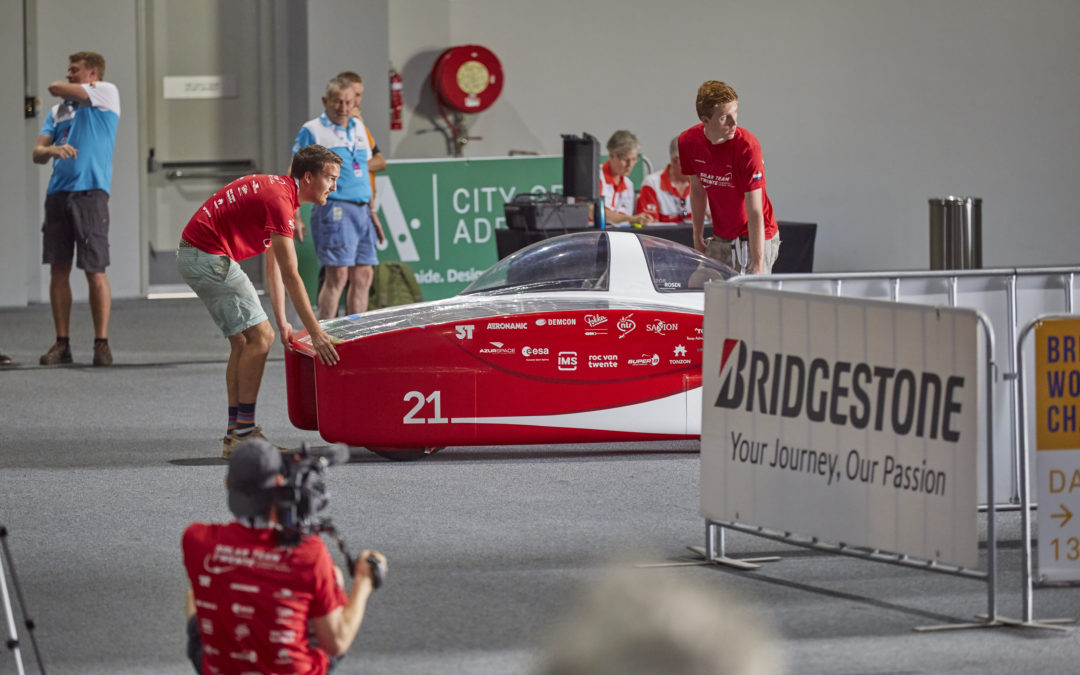 Solar Team Twente showed the secrets of their solar car RED E for the first time during the technical scrutineering of the Bridgestone World Solar Challenge. The solar car is equipped with a new type of battery. With this innovation the team distinguishes itself clearly from their competitors. After three days of going back-and-forth with the Bridgestone World Solar Challenge organization the RED E passed technical scrutineering.

Solar Team Twente has chosen a new battery chemistry for this edition. The battery exists of cells containing lithium, iron and phosphate, known as LiFePO4 battery cells. In comparison to lithium-ion cells, the chemistry of the last edtion, these cells are safer, allow for better car handling and give an electrical advantage. “We’re using a promising technological innoviation” says technical manager Sybren Wubs. “The choice for this battery affects every system in the car. From an electrical standpoint the solar car has been completely redesigned.”

Last Monday the technical scrutineering started. RED E has been checked on safety and regulations. “Other teams were clearly admiring our new battery cells . As expected this new electrical system was checked thoroughly by the organization. Due to this it took three days before the car passed all inspection. Now we can proudly say that we’ll be at the start of the Bridgestone World Solar Challenge next Sunday with a completely new car.” says race lead Annelies Dekker.

Innovation through cooperation with industry

A great change of the electrical system came with significant challenges. Through tight cooperation with partners the team was capable of completely renewing the system. “The company Super B has been a great help with transport, assembly and delivery of the battery cells. Only through cooperation with industry have we been able to develop these new technologies.” says Sybren. 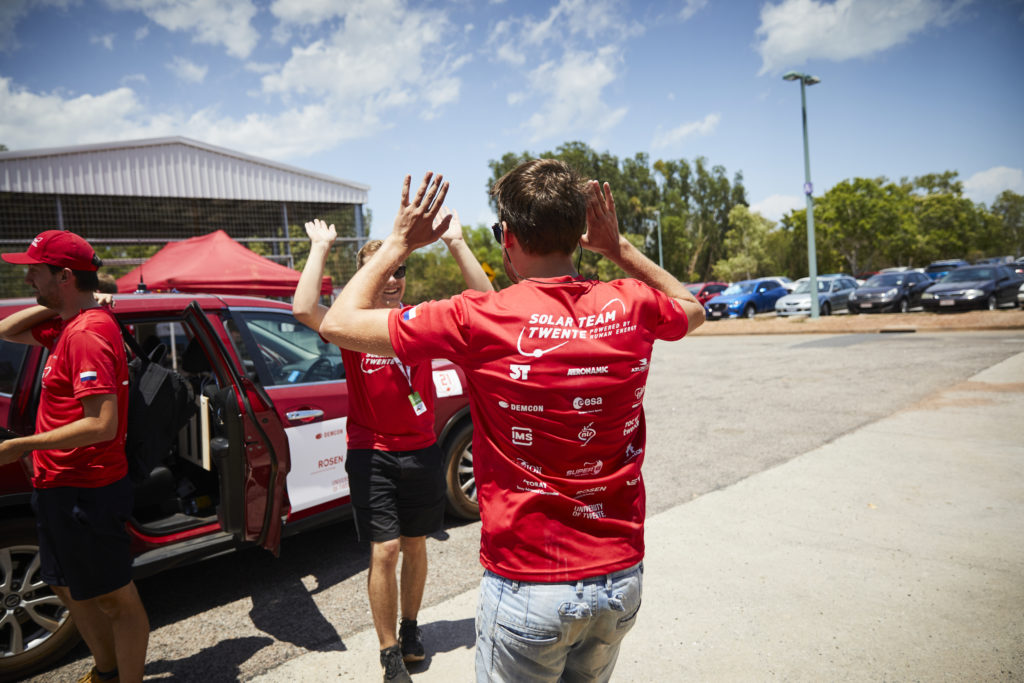 On the 13th of October the Solar Team Twente will appear at the start of the Bridgestone World Solar Challenge, the most prestigious race for solar powered cars. Together with more than fifty other international participants, the solar team from Twente will travel for more than 3000 kilometers through the outback of Australia with the RED E solar car. The race has three different classes. Solar Team Twente competes in the Challenger Class, the Formula 1 for solar cars.

Solar Team Twente consists of 19 students of Saxion and the University of Twente. Besides the students the team is part of a strong network of more than 150 partners. Together the team practices top-class sport and they build the most efficient solar car in the world. The team believes in the motto “Challenge triggers innovation”. That is why Solar Team Twente competes in the Bridgestone World Solar Challenge. On the one hand to win the race and on the other hand to raise awareness for the possibilities of solar energy.