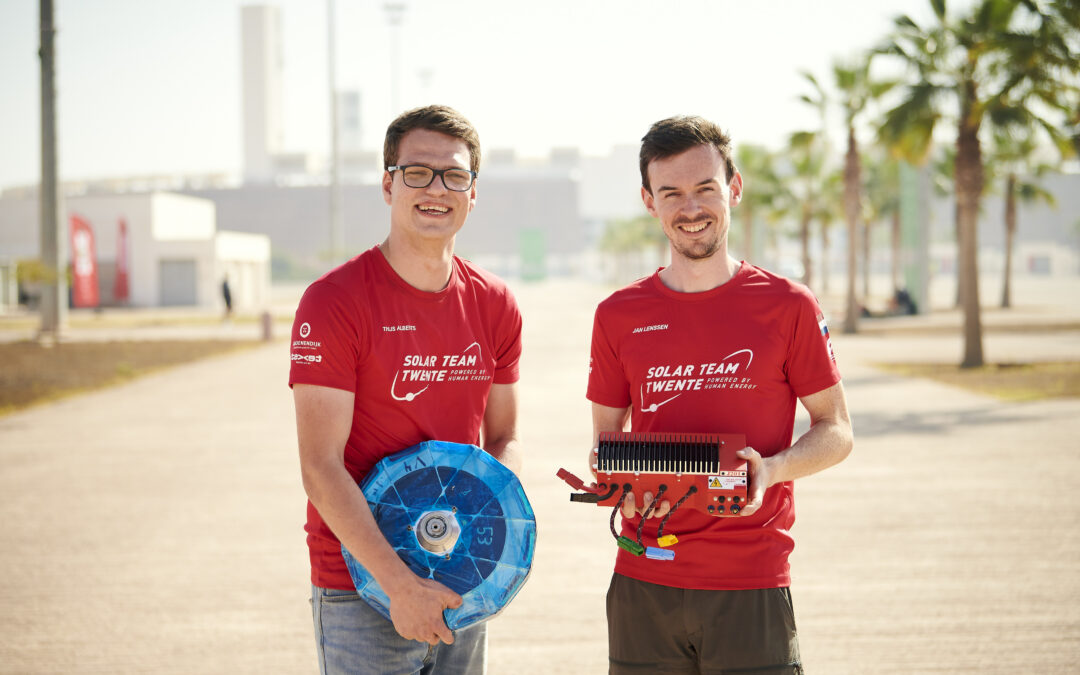 For the first time Solar Team Twente unveiled details of its self-designed powertrain for their solar car RED Horizon during the technical inspection in Morocco. The components that drive the wheels have been renewed and adapted for Solar Challenge Morocco, the race for solar cars that starts on October 25th.

Up to 15% more efficient

The new powertrain, consisting of the electric motor and the motor controller, improves the efficiency of the solar car and is also adapted to the geographical conditions in Morocco. A motor controller is a standard part of a passenger car and ensures that the current flows properly through the motor. The motor provides rotating force moving the car forward at the correct speed. “We have fully specified both the motor and the motor controller on RED Horizon, making the powertrain up to 15% more efficient than a standard electric car,” says team leader Colin van Laar.

The motor controller, JASMINE, is completely self-designed. JASMINE is fully tailored to RED Horizon with the latest technologies. For example, semiconductor material gallium nitride (GaN) was used for the transistors. “Gallium nitride is a material that is rapidly developing. Many companies are in the discovery phase of the material and do not yet dare to use it commercially due to a more complex integration of the components in the design.” says chief designer Lenssen. “Proper integration of gallium nitride makes it possible to make the motor controller much more efficient and to make electronic components smaller. When used in the solar car, this has a major effect on the total consumption.”

The renewal of the components in the powertrain does not come out of the blue, but is based on a long-term collaboration. “I started developing JASMINE in 2016 together with engineering firm 3T. After the successful result of JASMINE 1 in previous races, we are already running a version 2 of JASMINE which is even more efficient than the first version. The aim is to use the knowledge we have gained to make the technology applicable elsewhere, such as in airplanes or other electric vehicles. With this we are taking another step towards the future of sustainable mobility.”, says Lenssen

In addition to the new motor controller, the team developed a water-based cooling system in the electric motor for the first time. Since 2013, the student team from Twente has been developing the electric motors for the solar cars themselves. The motors can then be more easily adapted to the properties of the solar car, which improves efficiency. The new electric motor can even achieve an efficiency of 98%.The water cooling has been added to maximize efficiency and prevent overheating in the mountainous course of Solar Challenge Morocco, in which the solar car has to brave up to 5400 altimeters per day. “It is a very nice challenge to allow our solar car to drive efficiently through the mountains! In this way we show that we can quickly adapt to the circumstances by means of new innovations,” says electrical engineer Thijs Alberts proudly.

On Monday, October 25th, the Solar Challenge Morocco starts. This is the race in which solar cars drive over 2,500 kilometers in five days through the various Moroccan landscapes in five stages. This year’s set-up differs from the, now well-known, race in Australia. In the World Solar Challenge (3,000 kilometres), the teams start at the point where they finished the previous day. In Morocco there are stages with a fixed start and finish, a concept similar to the Dakar Rally. The team that covers the total distance in the shortest time wins. During Solar Challenge Morocco, the student team from Twente will compete against teams from Groningen, Delft and Leuven, among others. The race starts and ends in the port city of Agadir and mainly goes through the Moroccan desert. The finish will be on Friday October 29th where they will also announce the winner. 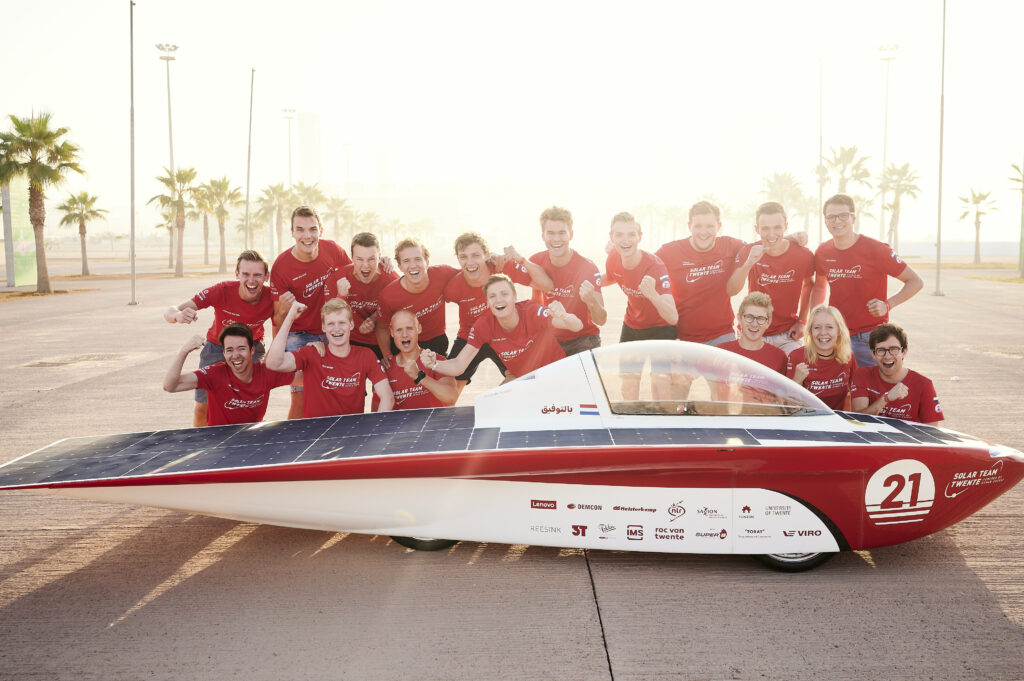