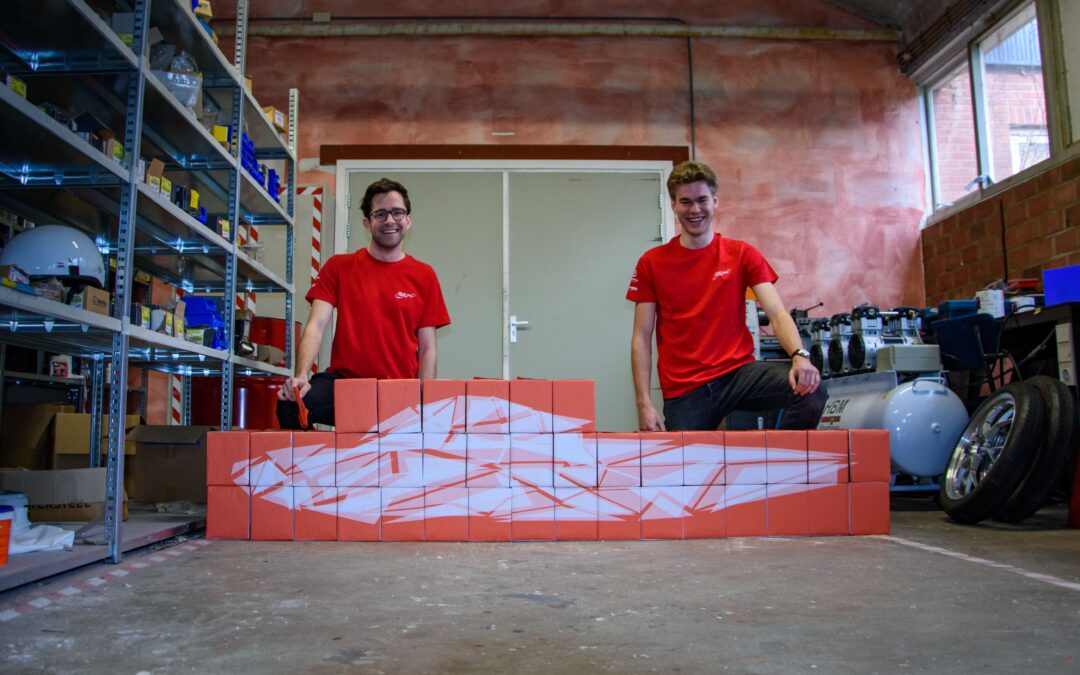 Solar Team Twente has released the first drawings of the design of their new solar car. Every two years, the team of students from Saxion University of Applied Sciences and the University of Twente takes up the challenge to build the most efficient solar car of the world. This car is designed to drive more than 3,000 kilometres using only energy from the sun. This year, the student team from Enschede has opted for a completely new design with only three wheels.

Solar Team Twente’s solar cars are designed for the biennial Bridgestone World Solar Challenge in Australia, in which student teams from all over the world compete for the world championship. The organisation of the student competition changes the regulations for the solar cars every edition to encourage students to continue to innovate and discover new technologies. The race in Australia has been cancelled this year due to the country’s corona measures, but this does not stop the ambitious students from building the most efficient solar car.

The design of the new car of the Twente student team differs drastically from the design of the previous three solar cars of the team. The new rules of the race opened up many new possibilities for the design. The solar cars of the past were visually very similar in that most of them used the catamaran design. “This time we went for a different concept, which really challenged the team to create a new and innovative design,” says aerodynamics engineer Tim Traas. Solar racing innovations have proven many applications in various industries. Lightyear One is one of the best examples of this. “Three-wheeled cars are allowed this year. This opened the potential for a different and better design,” says technical manager Reinoud Mulder.

The new car is shaped like a sharp arrow. While the mechanical parts of the car determine whether you finish the race, the aerodynamic performance determines how efficiently and quickly you will do it. “The air resistance determines how much energy you need to drive. The shape of the car has a lot of influence on the airflow around the car and therefore also on the air resistance. The lower the aerodynamic resistance, the less energy you need and the faster you can drive,” explains aerodynamics engineer Caterina Solombrino. “The new car is expected to have air resistance comparable to that of a Grolsch beer bottle.”

Solar Team Twente is an interdisciplinary team in which the team members must work closely together to realize the most efficient and reliable car. “The design itself was not a major challenge, but the complexity of the entire process was. All disciplines must be properly coordinated,” explains mechanical engineer Paul Heineman. “You want the best possible aerodynamic shape with enough space for all technical components, such as the suspension and the battery. You also need enough surface area at the top to house the roughly four square-metres of solar cells. And finally, the PVC Pat mannequin must fit effortlessly into the car. Previously, teams with smaller drivers could build a smaller car. With the introduction of the mannequin with a length of two meters, even tall Dutch people can drive the car.

The young engineers are currently building a test version of the car. The team will test the mechanical and electrical components in this ‘simpler’ version of the car to ensure they perform properly. After any adjustments, the final phase will start: the construction of the solar car. Solar Team Twente is expected to present this car in June. Due to the cancellation of the race in Australia, the team is now also working hard together with other solar teams to organise an alternative race to show what the new car is capable of.