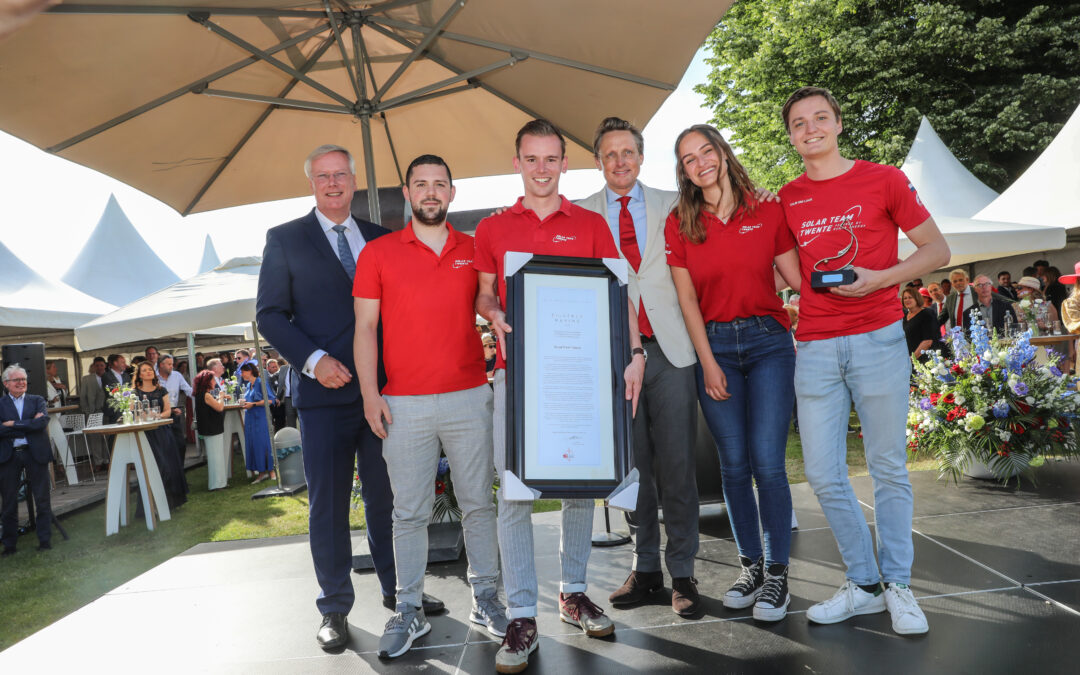 The Zilveren Haring is always awarded to a person, company or company that has brought Twente in the news in a unique way and has promoted it in an excellent way, especially beyond the borders of Twente. During the annual event ‘Twentse Haring Primeur’, the prestigious prize was awarded to the team that drove Twente to victory in October 2021 during Solar Challenge Morocco.

The team was present at the event at Landgoed de Wilmersberg with RED Horizon and was surprised with the win of the Zilveren Haring. “It is an honor to receive this award, it was a special edition for us in which we were fully challenged, Corona, cancellation of the Bridgestone World Solar Challenge and then preparing the car for a race in Morocco. What I continue to like the most is the connection and involvement of the region in this project. Many teams have one main partner, but in Twente the entire region allows us to participate at the highest level. That is an amazing feeling.” According to team leader Colin van Laar (2020-2021).

The prize was announced by the King’s Commissioner in Overijssel, who also drew the parallel that, partly due to innovations from teams such as Solar Team Twente, the future of driving on solar energy is near. He also mentioned Lightyear, a company that also employs many Solar Team Twente alumni, as one of the pioneers on this front.

In addition to former team members, two members of the new team that will be presented this weekend were also present. Over the next year and a half, they will focus on the development and production of a solar car that will participate in the Bridgestone World Solar Challenge in Australia in October 2023.

Solar Team Twente consists of students from Saxion and the University of Twente. In addition to the students, the solarteam consists of a strong network of more than 150 partners. Together, the solarteam practices top sport and build the most efficient solar car in the world. The team believes in the motto “Challenge triggers innovation”. That is why Solar Team Twente is taking part in the Bridgestone World Solar Challenge. On the one hand with the aim of winning the race and on the other hand to create attention for the possibilities of solar energy.