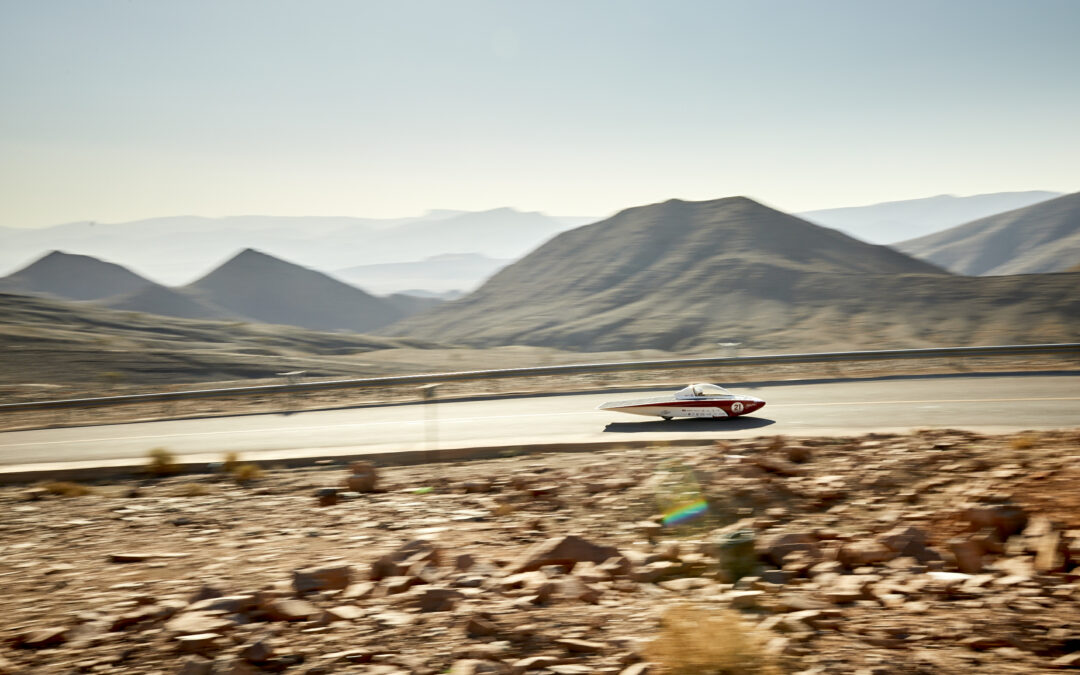 Solar Team Twente set the fastest time on day 2 of Solar Challenge Morocco. The team is still second in the general classification. With solar car RED Horizon, they catched up 6 minutes on the Belgian team, who now have a lead of 12 minutes. The solar cars covered 551 kilometers today through a hilly course at the foot of the Atlas Mountains.

Despite the fact that the Twente student team set the fastest time today, the stage between Zagora and Merzouga was quite a challenge. The solar cars had an elevation gain of more than 5400 meters and therefore had to climb a lot. “We did countless calculations and simulations beforehand to see if the car was suitable for this mountain stage. We also tested various technical parts of the car by, among other things, using a motor test setup that we designed together with engineering firm VIRO. Despite all the preparations, we were a little nervous this morning to really go into the mountains,” says race leader Thomas Jansink.

According to Jansink, today’s success is due to the renewed powertrain that the team presented earlier in the run-up to the race. “The electronic components, such as the electric motor and the motor controller, have been adapted to the hilly course in Morocco. In addition, we recently developed a water-based cooling system to prevent overheating and maximise efficiency,” says Jansink.

It was a beautiful day for electrical engineer Thijs Alberts. “It was very nice to get through the communication channels “Cheers to Thijs!” after the most hilly part of the route. It was good to hear that the motor did well on this difficult stage,” Alberts says proudly.

Driver Paul Heineman drove the first stint through the mountains this morning. “I was a bit nervous beforehand, but in the end it wasn’t too bad at all! It was wonderful to be able to drive through the mountains in Morocco.” Tomorrow Solar Team Twente will drive the third stage of Solar Challenge Morocco, which starts and ends in Merzouga. “We will do everything we can to get closer to our Belgian competitor tomorrow!” says Thomas Jansink. The third stage is 523 kilometers long and has an elevation gain of 3300 meters. The team from Twente will start in second place at 9:03 AM Dutch time. 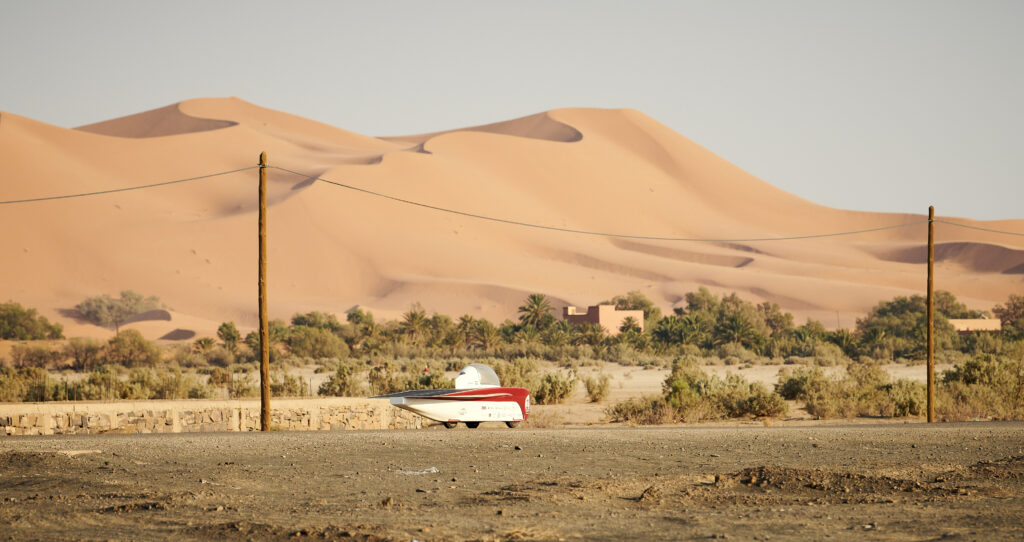