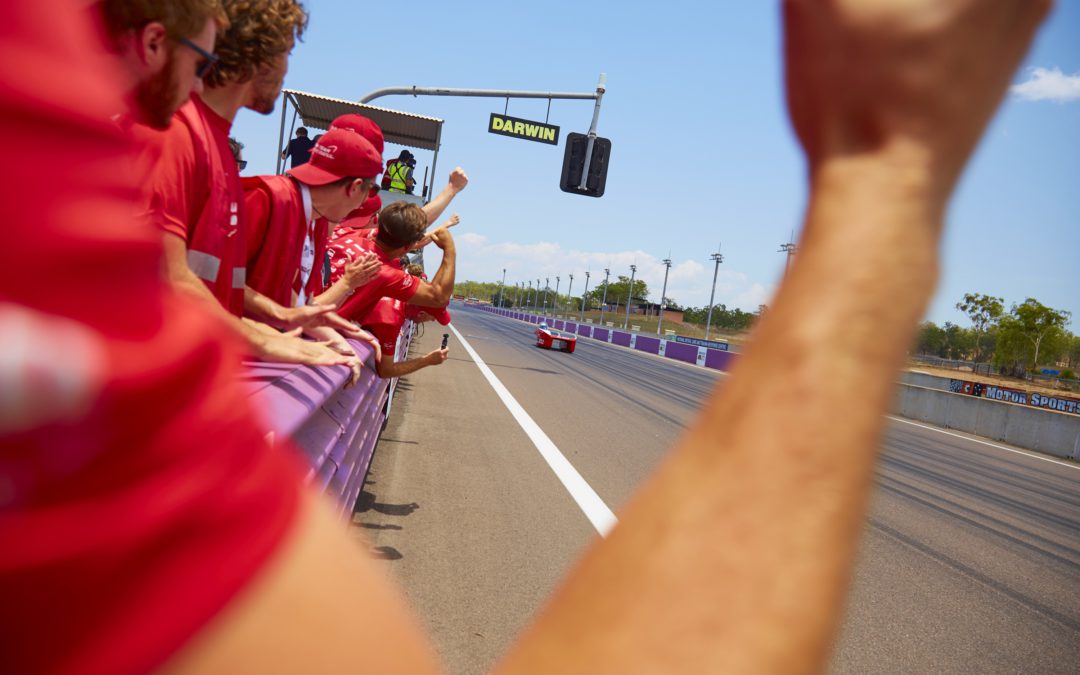 “The RED E is probably the world’s most efficient electric car on the face of the planet!”, Chris Selwood, event director of the World Solar Challenge, said.

Course of the day

On Saturday 12 October the team arrived very early at the circuit for the final preparations. The qualification determines the position on the start grid of the Bridgestone World Solar Challenge. Twente qualified as fifth. “A very good result”, race leader Annelies Dekker stated. “Since the car is designed to cross the Stuart Highway; a very long straight road, driving the car on a circuit with many bends is always a challenge. Safety is a priority during the qualification and our solar car still needs to cross more than 3,000 km. We are very satisfied with this starting position!”

Evert van der Hoek, the driver during the qualification: “Last week I practiced the lap twelve times, but the actual qualification lap is different. You just get one shot to go around the track as fast as possible, while the other teams, the organizers and of course your own team are watching. Nerve wracking, but very exciting at the same time! It was awesome to see all my teammates at the side of the track cheering when I drove my lap.”

All teams got a single shot to drive the fastest lap. The fastest team will be the first to start on Sunday morning 08:00 local time. The rest of the teams will follow with 30 seconds in between each departure. The Green Lightning from the Top Dutch Solar Racing time surprised with pole position, with the teams of Aachen and Kogakuin following in second and third position. The third Dutch participant, Vattenfall Solar Team’s Nuna starts from eight position. Check the results of the qualification the website of the Bridgestone World Solar Challenge. 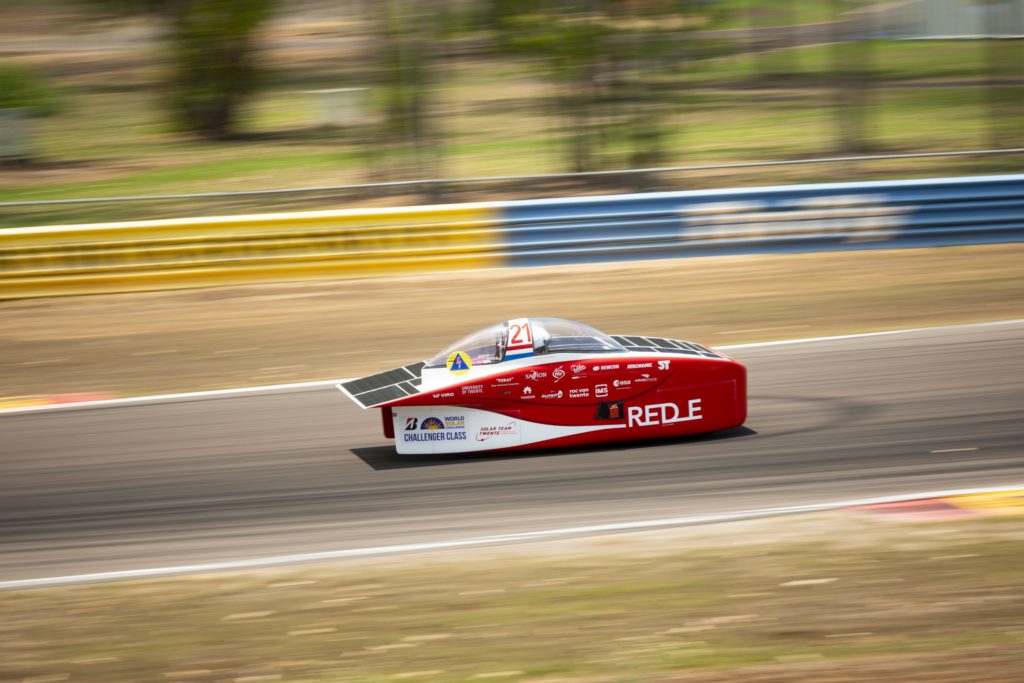 RED E will be watched closely with great interest and high expectations in Australia. Event director of the Bridgestone World Solar Challenge, Chris Selwood, named the solar car of the team from Twente possibly the most efficient electric car on the planet. For your comparison: solar car RED E is more than four times as efficient as the Tesla model 3.

Solar Team Twente consists of 19 students of Saxion and the University of Twente. Besides the students the team is part of a strong network of more than 150 partners. Together the team practices top-class sport and they build the most efficient solar car in the world. The team believes in the motto “Challenge triggers innovation”. That’s why Solar Team Twente competes in the Bridgestone World Solar Challenge. On the one hand to win the race and on the other hand to raise awareness for the possibilities with solar energy.