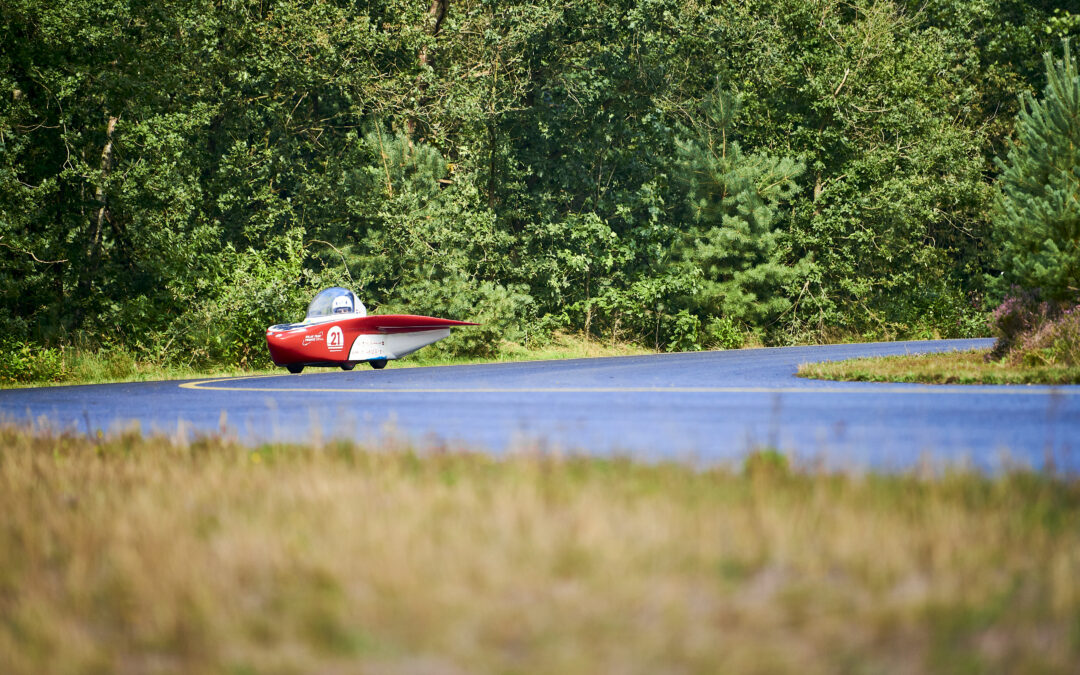 Deelen – This weekend Solar Team Twente is at the airport of Deelen to prepare their team and their car, RED Horizon, for the Solar Challenge Morocco: the alternative championship for solar cars. From October 25th, the students will race 2500 kilometers through the Sahara.

The biannual race simulation in which the team prepares for the race is different this year. Where the team usually  prepares for a race in Australia, this year the students are preparing for the Moroccan race with different regulations and conditions. “This year’s race works with stages instead of fixed race times, and RED Horizon will also have to defy altitudes of 1900 meters,” according to team leader Colin van Laar.

During the simulation, safety and efficiency have priority. The organization of the simulation, consisting of former team members, prepares the team for the most exceptional situations. “We consider all possible scenarios. How do you guarantee safety when the solar car has a technical defect? ​​And what do you do if, for example, a camel is walking on the road right in front of your solar car?” according to Tom Kooyman, head of the organisation.

After the first day of the simulation, the team is satisfied. “The race simulation is a weekend where learning is very important. The first day certainly didn’t go smoothly. However, the team has a steep learning curve and that’s the most important thing!” says race leader Thomas Jansink. “The second day went a lot better. We showed a big improvement compared to the first day, making me believe I am certain we are going for the win in Morocco!”