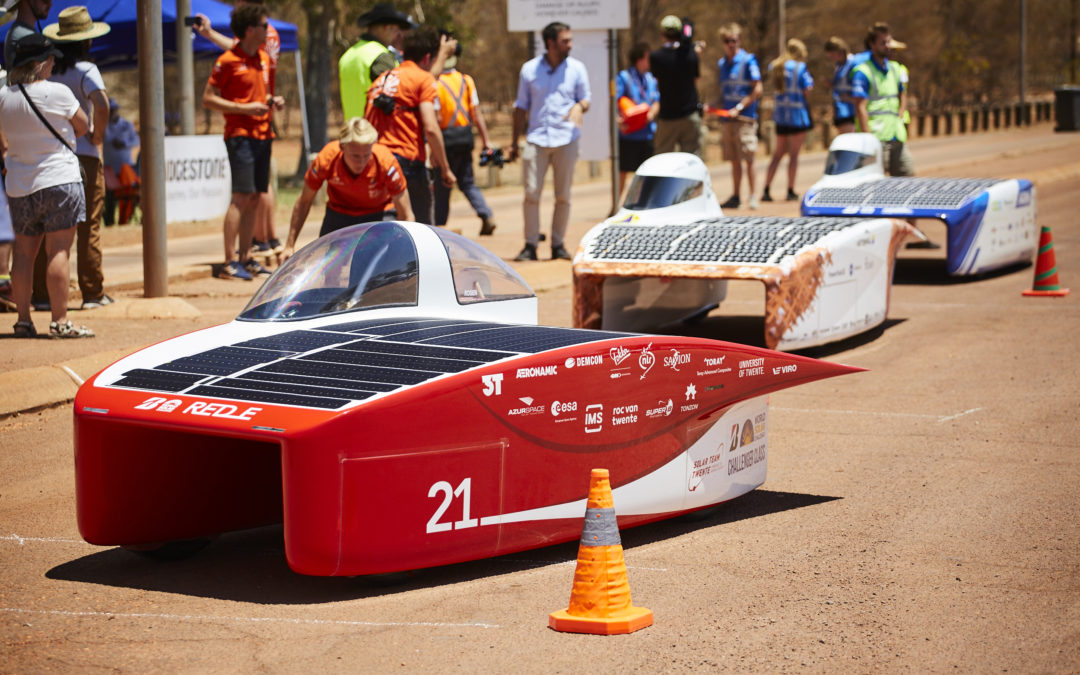 Solar Team Twente remains frontrunner in Bridgestone World Solar Challenge after day two. The students from Twente are now 1400 kilometers into the challenge and have been first on the leaderboard for quite some time. Their race is going great so far. The lead on the number two, Vattenfall (Delft), is estimated to be 20 minutes. The organization has mentioned that Solar Team Twente is 53 minutes ahead of the winning time of Delft in the last race in 2017.

Solar Team Twente started their second day with a large head start on the other teams. During the day they maintained their first position. The team set up camp just several kilometers before Alice Springs, in central Australia.

Race leader Annelies Dekker from Australia: “We are driving exactly like we planned. The only place where we see the other teams is during the control stops, where we learn who are in second and third place. During the race we only know where our convoy and RED E are, which makes the race extra exciting.” The top three at the end of day two: 1. Solar Team Twente, 2. Vattenfall Solar Team and 3. Agoria Solar Team. 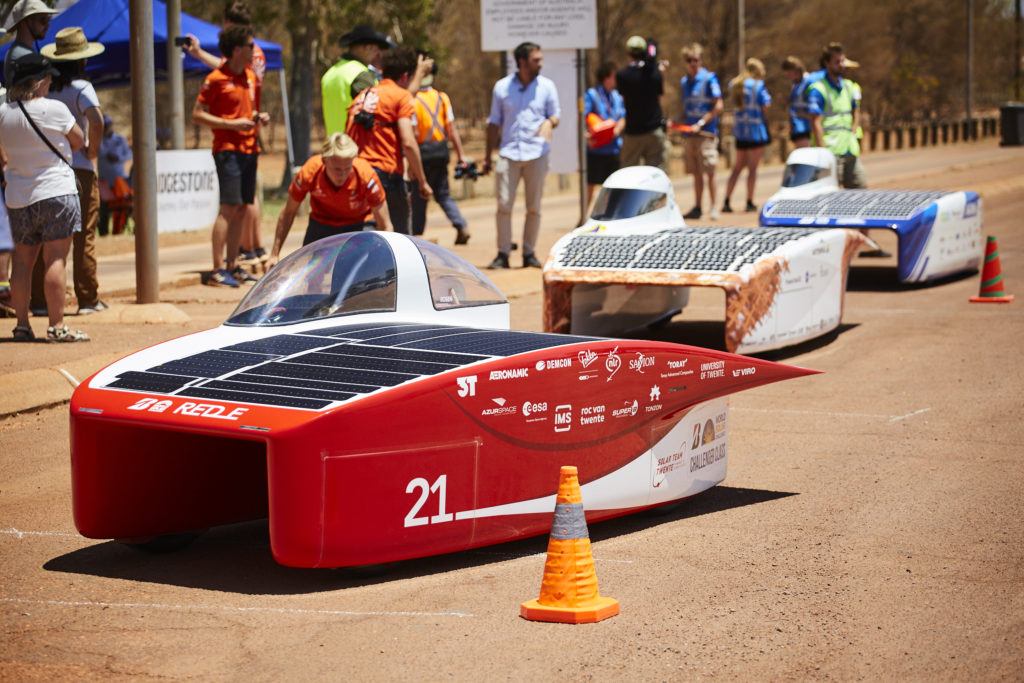 Ideal circumstances
With two very sunny days, the weather has been in the favour of the teams during the first two days of racing. Which means a lot of energy generation from the solar array. At the end of the day the weather changed slightly. Some small clouds appeared in the sky. More clouds automatically mean more shade which can impact the energy generation of the solar array. Solar Team Twente constantly adapts their strategy to these changing conditions and tomorrow we will learn how this will affect their strategy.

‘No impact from gusts of wind’
The weather also impacts the road holding of the solar car. “With its 160 kilos RED E is a lot lighter than a normal car”, explains driver Hidde de Vries. “The winds can be difficult, it is very important to stay focused and estimate where you can expect gusts of wind. This makes it easier to anticipate on them and timely steer the car. The drivers’ main focus is to keep RED E straight on the roads. Fortunately RED E has proven to be very stable, even through gusts of wind.”
The Stuart Highway, the road from Darwin to Adelaide which counts 3.000 kilometers, has some challenging elements for the solar car. Examples are traffic lights, cattle grids and road works. 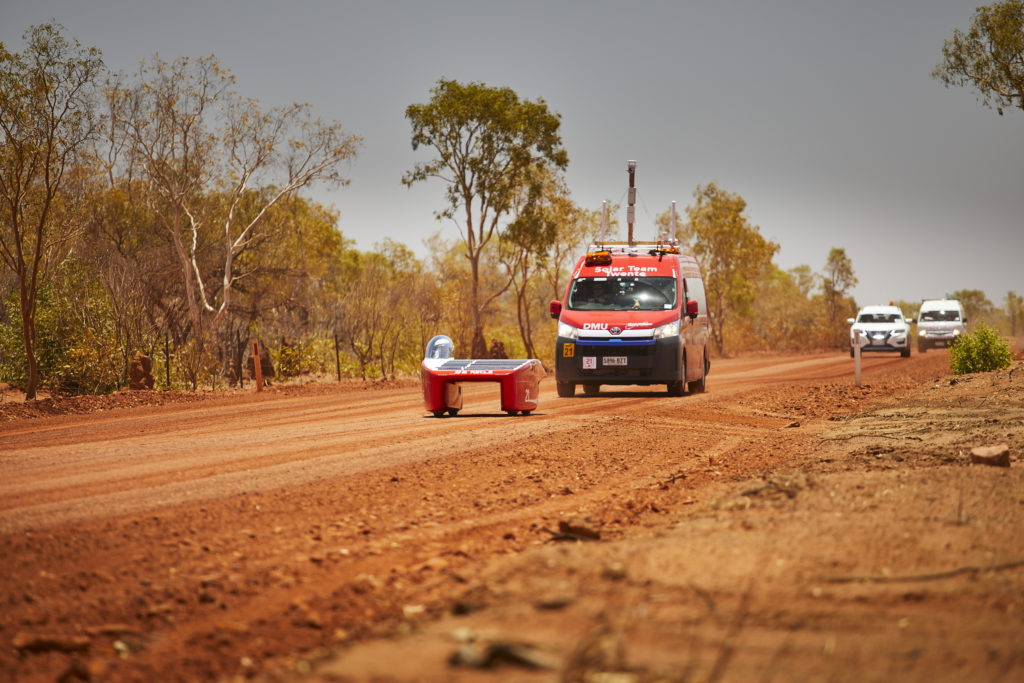