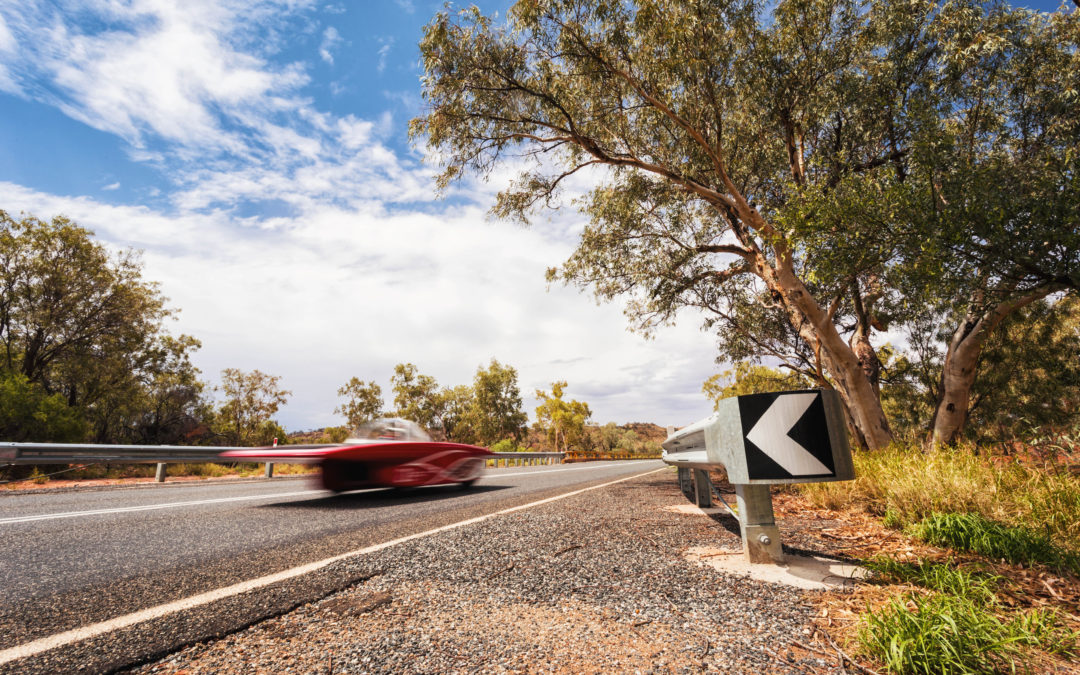 It was another exciting race day in Australia. On the third day, the team briefly fell back into fourth place. But after a thrilling overtaking manoeuvre, the team recovered third position.

The team was passed this morning by the University of Michigan Solar Car Team and dropped back into fourth position. Shortly after the first control stop later in the day the team from Twente passed Tokai University Solar Car Team. It was fairly busy on Stuart Highway at that moment, but by working together well, the Solar Team Twente convoy was able to safely overtake the Japanese solar car despite of the traffic. ‘The Tokai University Solar Car Team has been racing in the leader group since day one. So we are really happy to have passed them. Michigan is currently just ahead of us and the Nuon Solar Team is somewhat further ahead of Michigan. It is definitely going to be a challenge to take first place, but we are going for it,’ says Olivier Berghuis, Team Leader Solar Team Twente.

The weather forecasts for the fourth day of racing are not great. Conditions will be cloudy, which is clearly not optimal for a solar car. However, the team has prepared for just this situation and is determined to stick to their strategy.