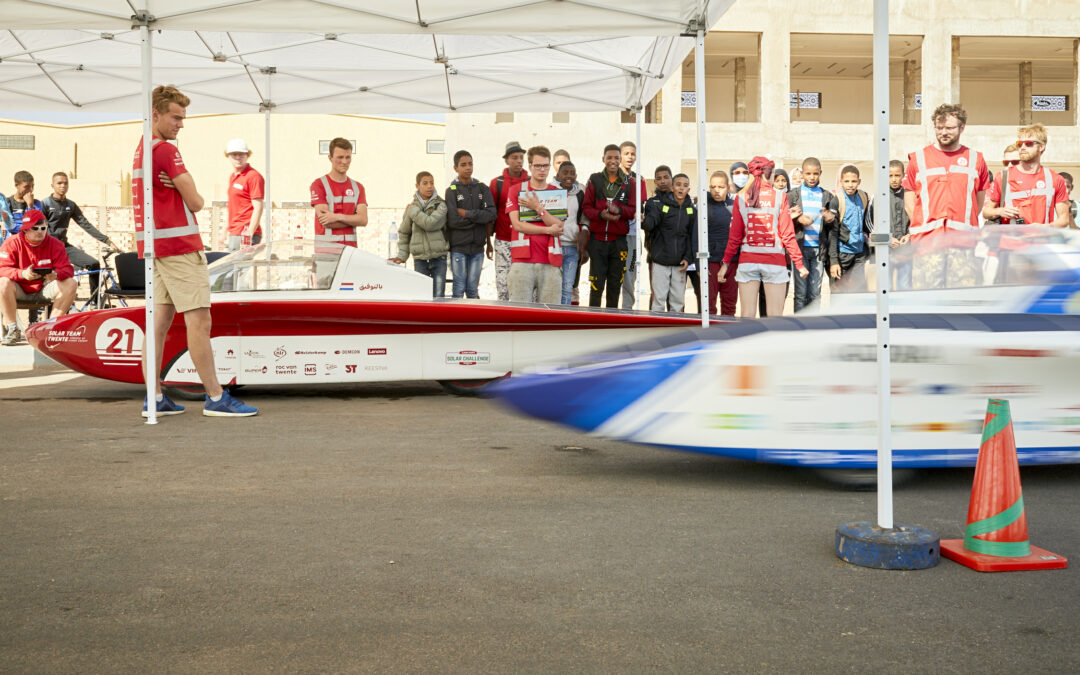 The student team from the University of Twente and Saxion University of Applied Sciences was the first to start this morning in the fourth stage of the race for solar cars in Morocco. Three minutes after solar car RED Horizon drove away from Merzouga, the number two, the team of KU Leuven, followed. “It was very exciting today. Of course we didn’t know in advance what the weather conditions would be and what the strategy of the Belgian team is. In any case, today we managed to put the team from Belgium behind us, which means that we have been able to keep our lead. Tomorrow is the decisive day. We will do everything we can to maintain the lead!” said race leader Thomas Jansink.

The fourth day of racing was full of surprises for the student team from Twente. Not only RED Horizon but also the teamwork was put to the test today. For example, RED Horizon successfully drove through a flooded section. “We were told by the front car of the convoy that a road was flooded. With the help of the entire team, we got through this without any problems. At the request of the strategists, eight team members were ready to guide the car through the situation in the right way. It shows once again that not only the driver but the entire team is of great importance for the successful driving of such a course,” says driver Tim Traas. RED Horizon faced several dirt roads and drove through busy villages. The solar car also had to face an elevation gain of more than 3000 meters.

Tomorrow is the final stage of Solar Challenge Morocco. The course starts in Zagora where the team drives directly into the mountains. “Tomorrow will be a defining day for us. We know nothing about how full the Belgian team’s battery is. We have a big mountain stage ahead of us and we are competing against the world champion from 2019. We are preparing well for this all-determining stage,” says Jansink. The team from Twente will start the stage at 9:00 AM CET. 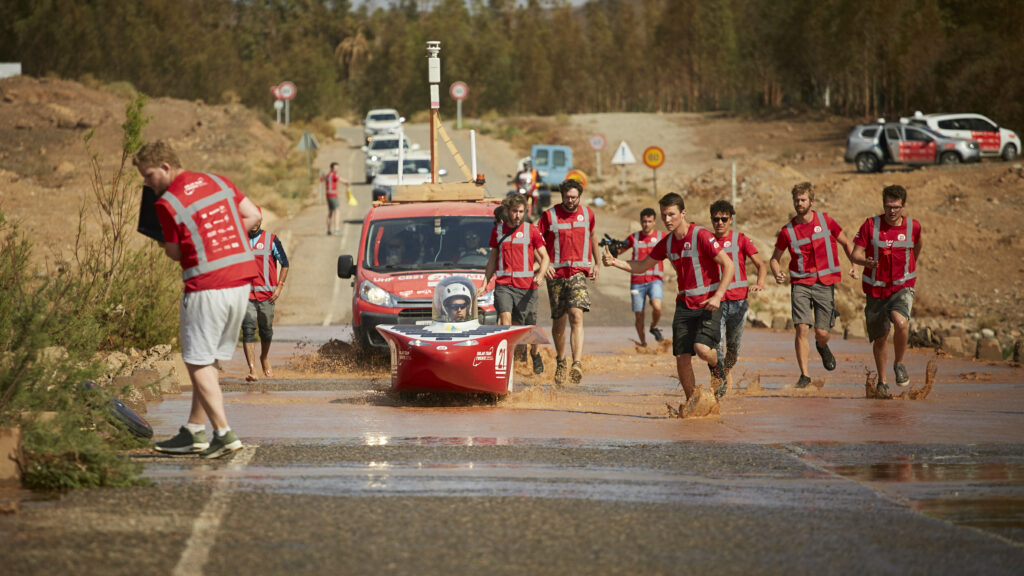