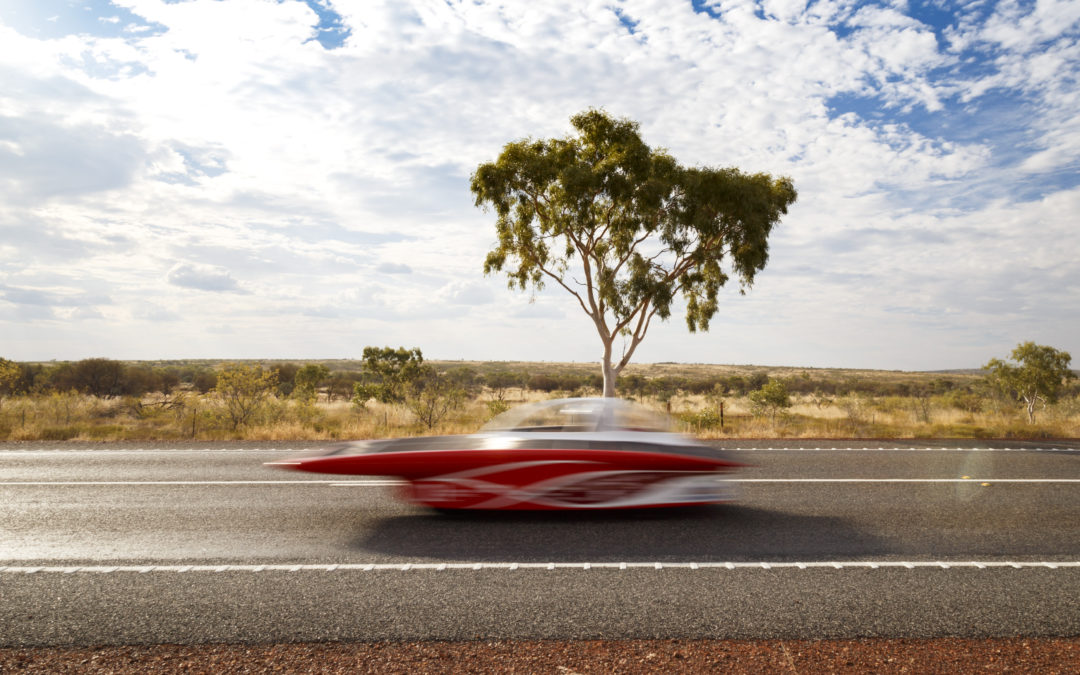 Solar Team Twente has moved up a position and is now in third position in the Bridgestone World Solar Challenge. The team was head to head with the Western Sydney Solar Team and the University of Michigan Solar Car Team but eventually managed to take the lead.

‘Following the astounding catch-up effort of yesterday, we are now amongst the top solar teams in the world again,’ says Team Leader Olivier Berghuis. Today, the team was in a neck-and-neck race with the top team from Michigan. ‘At half past ten this morning we were passed by Michigan. But thanks to the quick handling of our driver during the first control stop we were able to leave just ahead of team Michigan and were able to achieve third position,’ explains Berghuis. Earlier that morning Solar Team Twente was able to pass the Western Sydney Solar Team.

The team from Twente is currently about 23 minutes behind race leader Nuon Solar Team. ‘We’re going to give our all to make sure we take first place and are busy preparing for the final three days of the race. With another 1,800 kilometres to go and two solar cars ahead of us, we know that we can do it,’ proclaims Strategist Jeroen Minnema.

But, there is also some bad news for Solar Team Twente. They might be given a time penalty. The team is currently discussing this issue with the organisers of Bridgestone World Solar Challenge. The team used a white cloth underneath the car on the first day and this might result in the time penalty being given. However, the team is baffled by this news. ‘During the scrutineering we asked if we were allowed to use the white cloth and permission was granted. Now, based on the images from yesterday’s race, the organisation is considering giving us a time penalty’ says team captain Olivier Berghuis. ‘We think this is unacceptable because we had been given permission.’