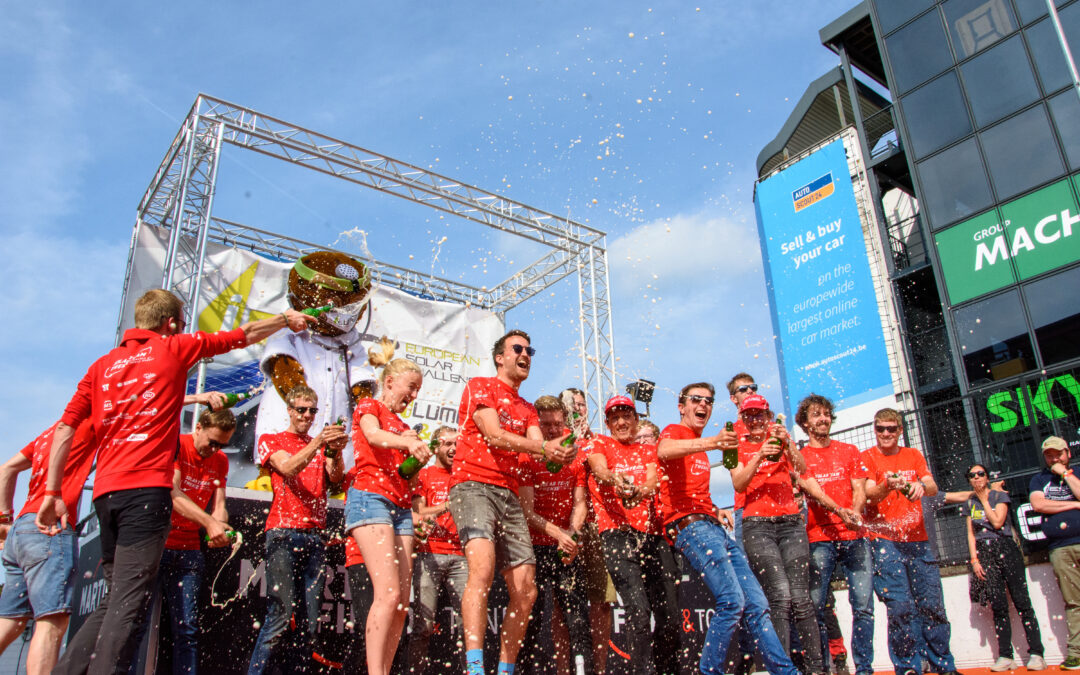 Solar Team Twente-alumni came second during the 24-hour race of the iLumen Solar Challenge (iESC) in Belgium! After a nerve-racking final phase, the 24-hour race was only decided in the last hour in favor of the Belgian solar team. The Twente solar team participated this year with RED E (solar car of 2019), while RED Horizon (solar car of 2021) is being prepared for the Solar Challenge Morocco. Because the current team is busy preparing for that race, the team in Belgium consisted entirely of alumni.

During the 24-hour race, RED E competed against European opponents with the aim of completing as many laps as possible. The Belgian and Twente team went hand in hand in the initial phase, until it became clear that both were going for a different strategy. It is allowed to recharge the solar car two times during the race. Where Twente made the choice to charge twice for a higher lap time, Belgium decided to charge only once so that they stand still for less time. Strategist Marijn Kalter: “Small differences in power can make a big difference in the outcome in such a long race.” It is difficult to say which is the better strategy, partly because Twente had to enter the pits a number of times for minor maintenance on RED E. A torn tire due to loose parts on the circuit had to be replaced and a steering wheel change was also necessary. Despite the good teamwork and the quick pit stops, Belgium was able to continue for longer. 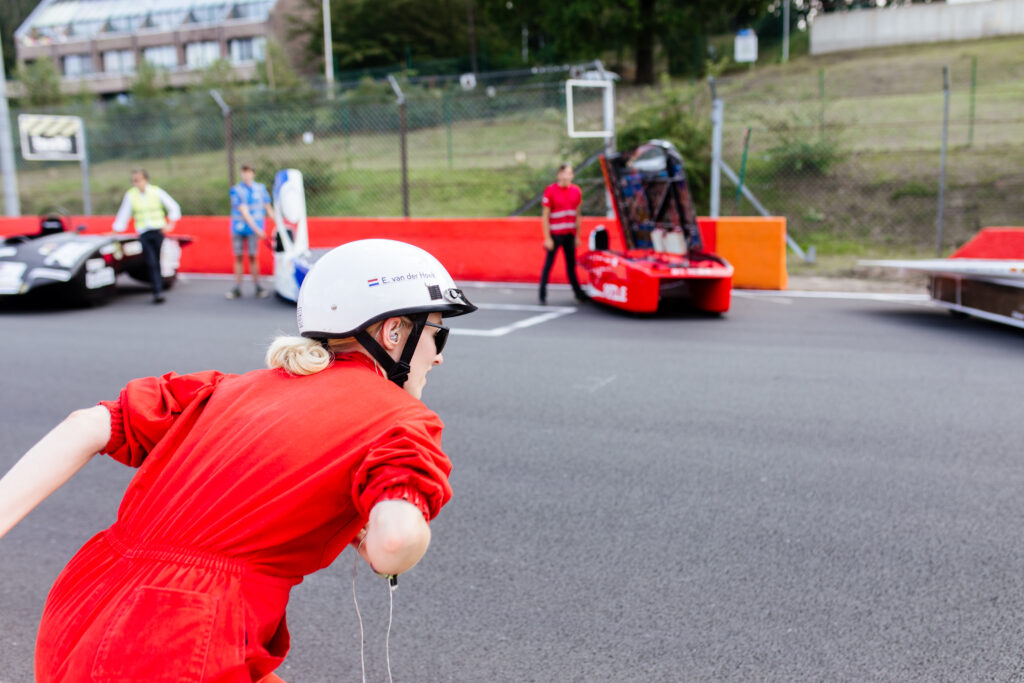 During the final phase of the race it became very exciting. While the Twente solar team set the fastest lap times, a number of laps still had to be made up due to the above maintenance. In the end, all efforts failed and Solar Team Twente had to settle for a 2nd place during the 24-hour race. Agoria Solar Team from Belgium became first with 346 laps, only 2 laps more than the team from Twente. 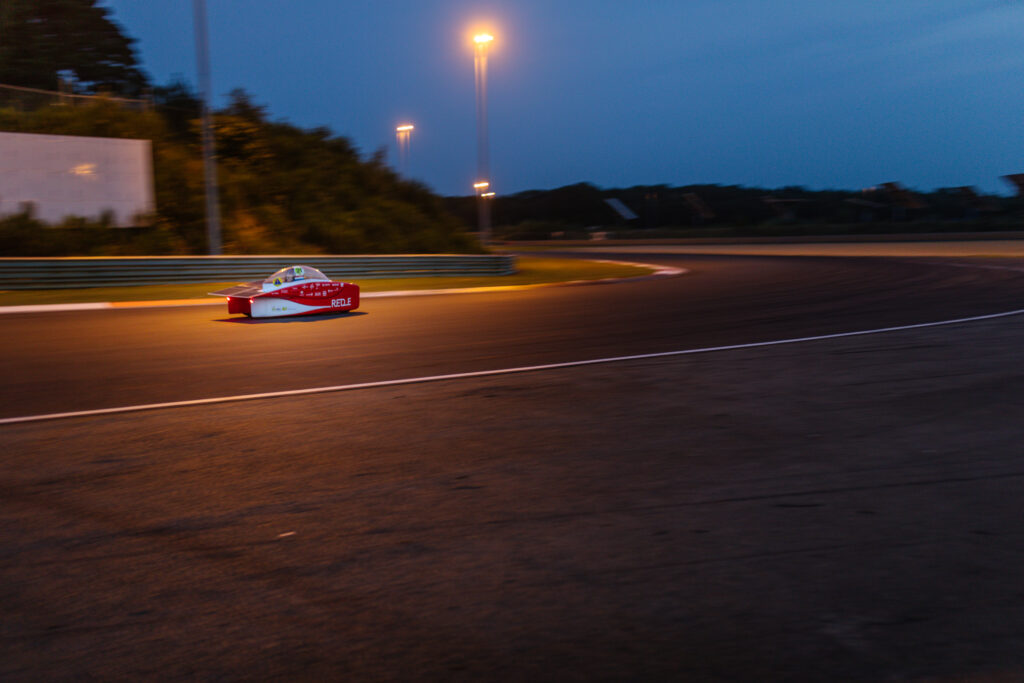 The iLumen European Solar Challenge is the only 24-hour endurance race for solar cars. The race takes place on the former F1 circuit Circuit Zolder in Belgium. The team with the most laps driven, wins. 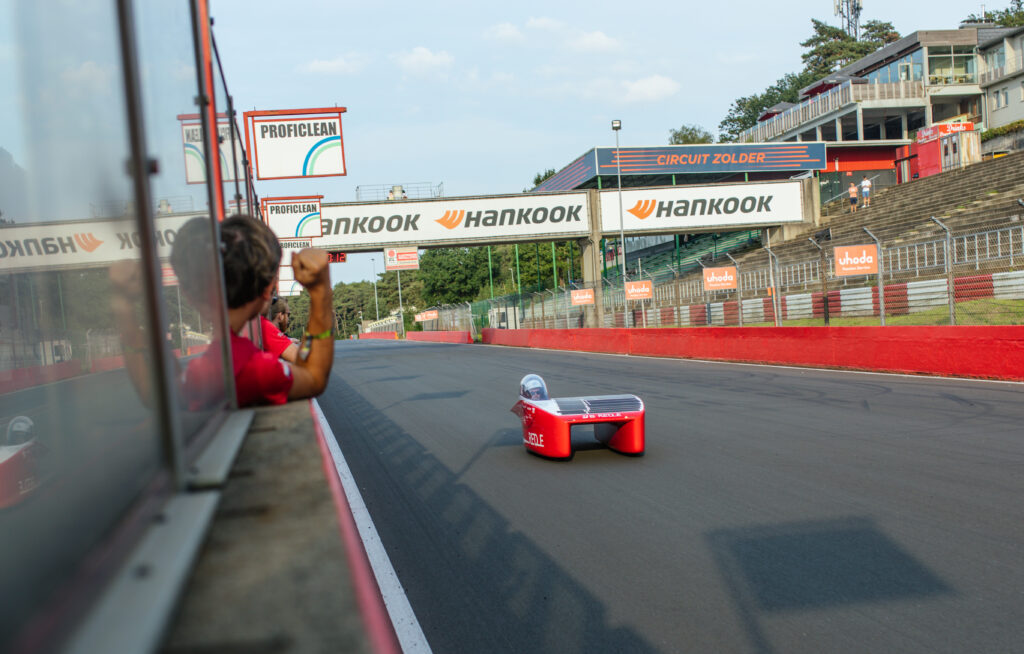 The current team of Solar Team Twente is currently in Morocco with the latest solar car, RED Horizon. They are preparing for the Solar Challenge Morocco, an alternative to the canceled Bridgestone World Solar Challenge in Australia. Here the team will compete against top teams from, among others, TU Delft and the University of Groningen. Race leader Thomas Jansink: “In 2019 the team was close to victory. This year we are going for revenge and we are going full for the win with RED Horizon!”. On October 25, the 2500 kilometer race will start in the coastal city of Agadir.