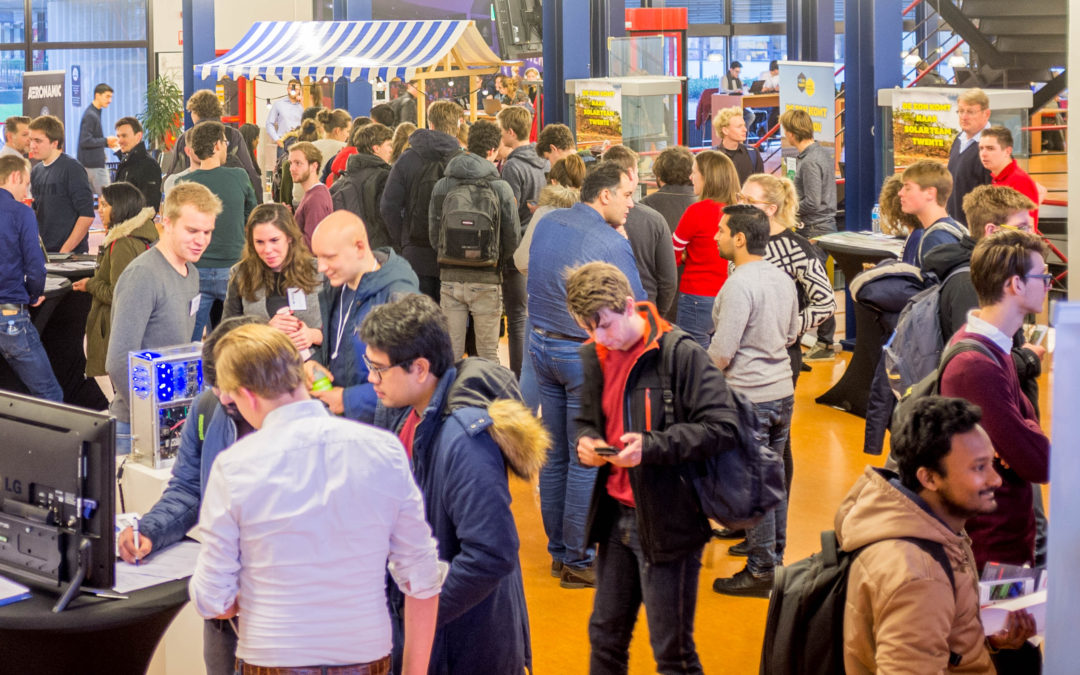 Several media have recently adressed the ´braindrain´ phenomena in Twente; the large amounts of Twente graduates leaving the area and migrating towards the ´Randstad´ in search for a job. But what exactly does this mean and how can we help connect the talents of Twente to the industry?

Braindrain in Twente
Twente has no shortcomings of either HBO- and WO students. The Enschede based location of Saxions counts 17.500 (HBO) students and the University of Twente has broken this years academic record with over 11.000 student(source: Tubantia). However, it has been found that the majority of the students leave Twente after graduating. The recent study ‘Keep talent in Twente’, performed by the University of Twente, shows that 35% of the students questioned could not name three Twente based companies. The unfamiliarity with these companies could result in a problem for them when recruiting new employees amongst the students.

Industry
All of deze graduates are considered more than welcome to fill in the vacancies in Twente. But for the industry in Twente  it appears to be difficult to connect with students. Solar Team Twente can bridge the gap here and connect students with the industry. 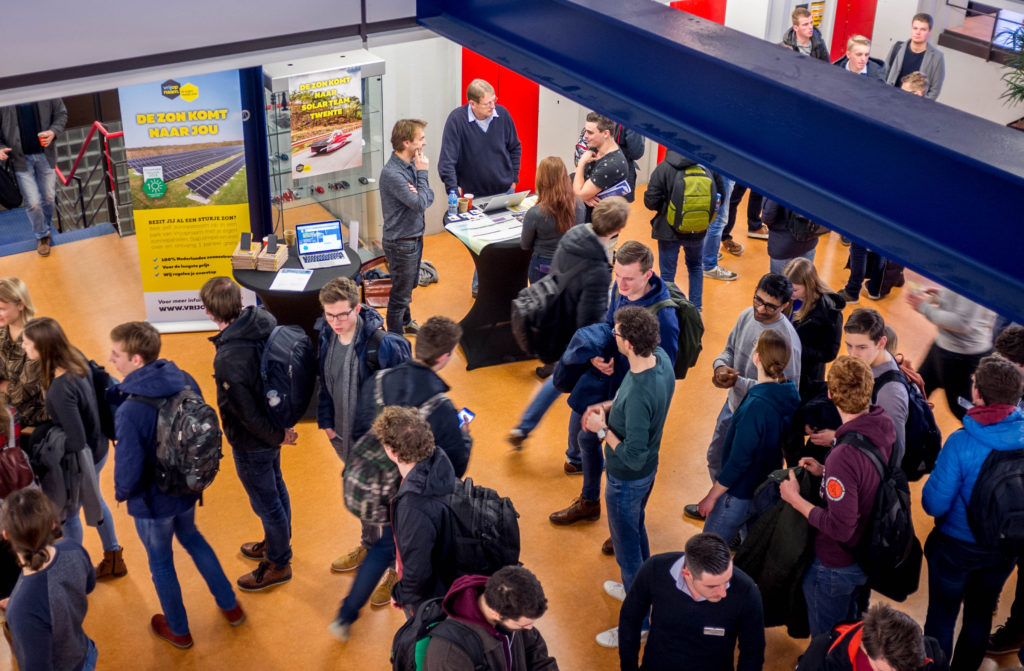 Companies and students during the Technology Lunch

Mind the gap
Saxion, UT, Windesheim in Zwolle and the province of Overijssel revealed, in their study ‘Mind the gap’, that 17% of male and only 7% of female beta students have the intention to work at a Twente based company. This indicates that there is a lot more to achieve here for the Twente region.

Bridging the gap
During a gathering of IKT (´Industriële Kring Twente´) with the theme: “using all talent”, they aimed to find a solution to this problem. Solar Team Twente joined the panel to discuss possible solutions.

“Solar Team Twente is a powerful platform which can provide a connection between students and companies. Therefore this edition we will put in more effort to provide our partners with a platform through which they can connect with students. An example is the Technology Lunch which we organized on Tuesday January 15th,” as team manager Annelies Dekker stated. 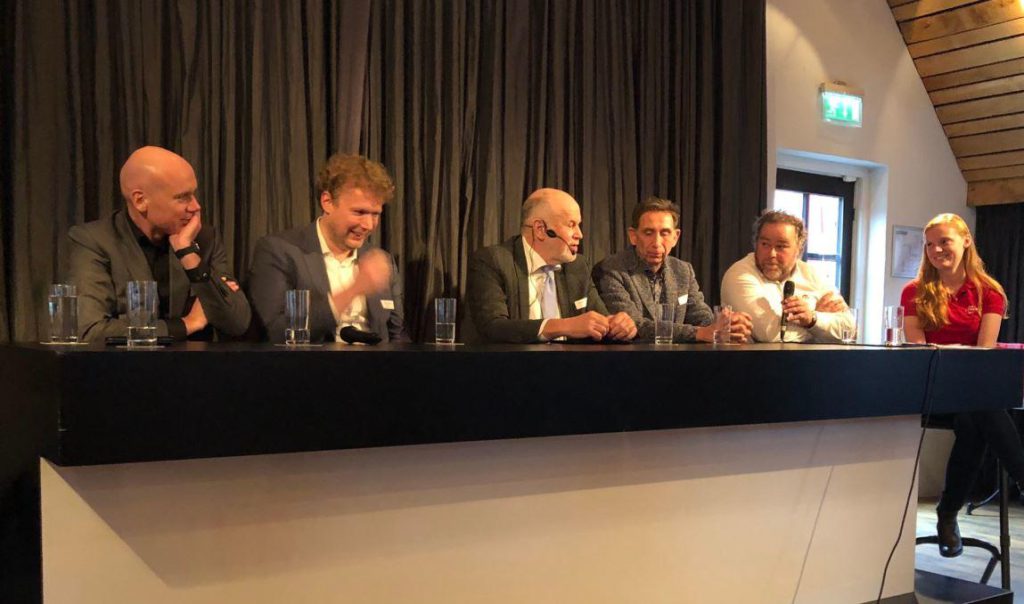 Panel during the IKT meeting with our team manager Annelies Dekker

Power of student teams
Aside from this we, as one of the student teams, create awareness among students  that these companies are based here in Twente. Because we ourselves are students, we know what students look for in an employer, which allows us to provide useful advice to companies on this. This is why we organize partner events. One of the examples is the Technology Lunch which was held the 15th of January at the Horstbuilding at the University of Twente. During this event we connected over 80 students with six Twente based companies. Annelies closes the IKT gathering with a stong message for Twentes industry: “We want to connect you to the students of the University of Twente, Saxion and ROC Twente. There are multiple opportunities to come into contact with students through Solar Team Twente. Together we can take a step into the right direction; keeping the talent in Twente.”