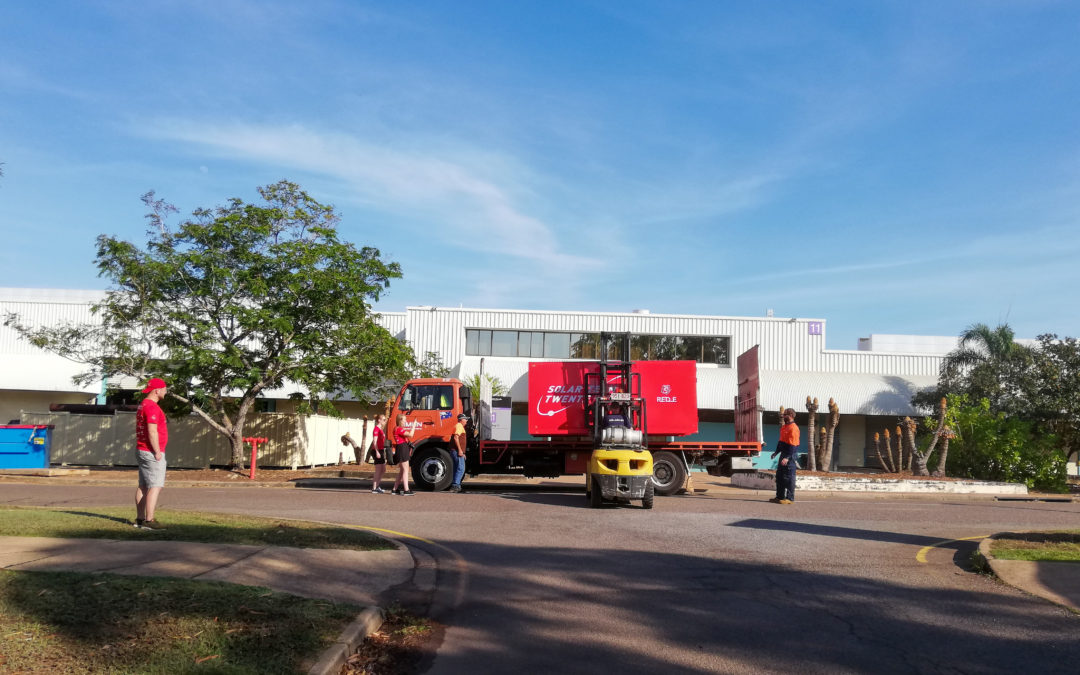 Solar car RED E from Solar Team Twente arrived ‘Down Under’ on the 19th of september. On the 30th of August Solar Team Twente waved the solar car goodbye: the trip to Darwin has begun. The Bridgestone World Solar Challenge, in which the solarteam will participate, will start on the 13th of October in Darwin. After a long and tensive trip the car arrived in great shape. The final test will now be done before the start of the race.

An exciting moment
The arrival of the car is an exciting moment for all team members. For over a year the 19 students from Saxion Hogeschool and the University of Twente have worked an average of 70 hours a week on the solar car. During transport the car is moved out of sight of the 19 team members. “A tensive journey”, says technician Evert. “We’ve put so much time and effort into the car and there is quite a lot that can go wrong.” RED E arrived on the 19th of September. The car is back in the hands of the team members. “It was an incredible moment! The whole team was there when the car arrived. It was exciting for everyone: what will the car look like out of its transport container? Luckily RED E came out without a scratch.” 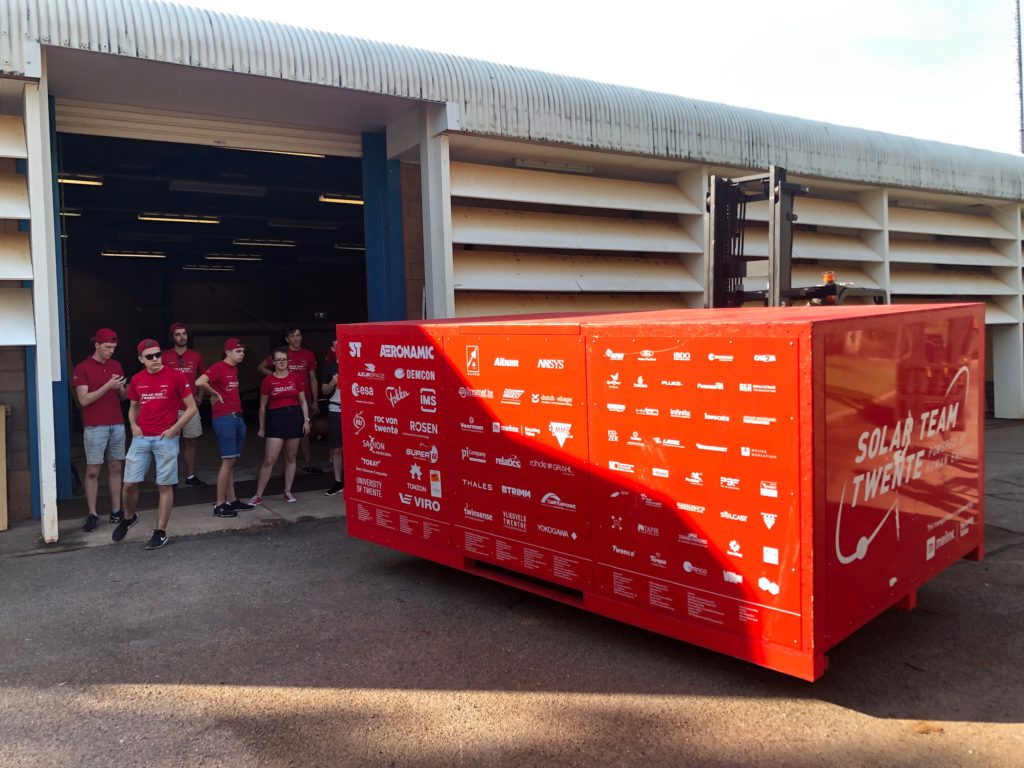 Through customs
The 16.000km journey went prosperous up until Sydney. In Sydney the transport containers with the solar car was put on hold for a few days and got delayed by customs. They had reserved 30 minutes to check the entire containers but this would take way more time. They could only finish the checks two days later. Koen and Merel flew to Sydney to make sure that the second part of the check went as smoothly as possible such that they could finish the checks the second time around. “That was quite an interesting moment,” tells Merel, she had been responsible for the entire logistical operation. “On the one hand I found it very exciting. At customs in Sydney they get to decide if the containers can enter the country. They will check all the documentation to see if it matches the contents of the container, if there are no forbidden goods inside and if the container is completely clean. On the flipside it was also great to see the boxes again in good shape.” The same day the boxes were cleared through customs and went on their final trip of the journey: by truck from Sydney to Darwin.

The final phase
After the team celebrated the arrival of RED E they immediately started unpacking the boxes. Now that the car is in Darwin the team can finally really start the final phase: testing the car in Australia. In the upcoming weeks the strategist will determine how much energy the solar panel can collect from the australian sun; will the drivers practice driving RED E in the heat and will the team drive in complete convoy during the australian race simulation.

Bridgestone World Solar Challenge
On the 13th of October Solar Team Twente will appear at the start of the Bridgestone World Solar Challenge, the prestigious race for solar powered cars. The team from Twente will drive RED E 3000km through the Australian Outback together with over 50 other international teams. The challenge has 3 different categories, Solar Team Twente participates in the Challenger Class, the Formula 1 class for solar cars. During the race the team from Twente can be followed live on social media.

Solar Team Twente
Solar Team Twente consists of 19 students from Saxion and the University of Twente. Besides the team members the solarteam consists of a strong network of over 150 partners. Together the solarteam practices topsport and builds the most efficient solar car in the world. The team believes in the motto “Challenge triggers innovation”. This is why Solar Team Twente participates in the Bridgestone World Solar Challenge. On the one side to win the race and on the other side to generate attention for the possibilities of solar energy.