Scrutineering: How does it work? 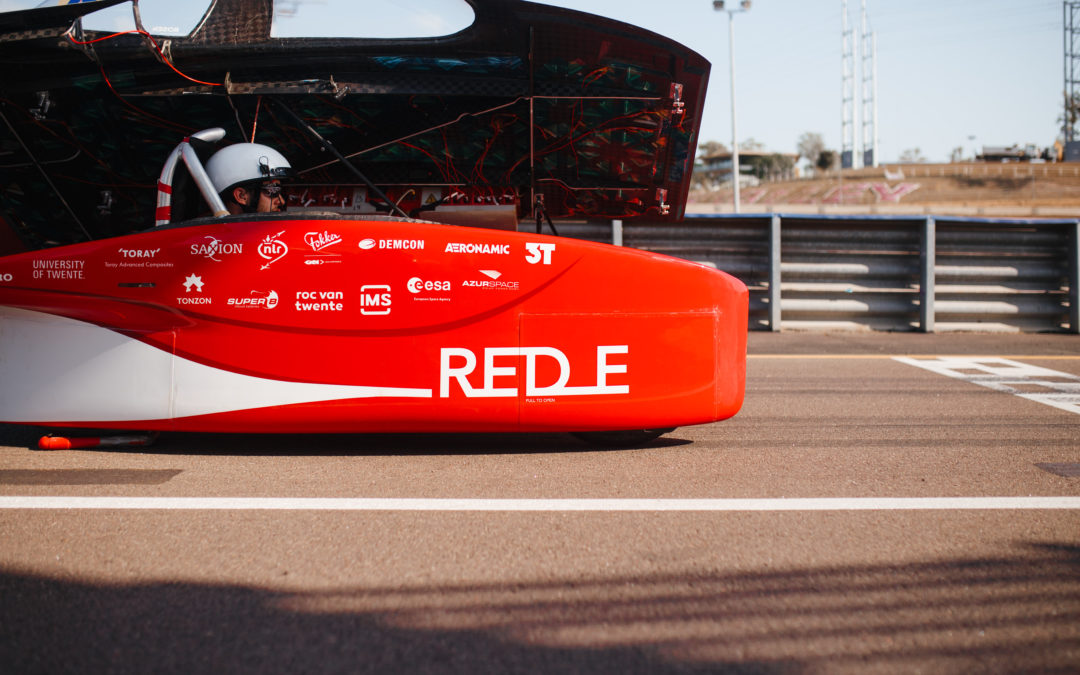 Mechanical
During the mechanical part of the scrutineering they will take a look at three different aspects; the brakes, the roll cage and the steering system. Firstly, they check if the brakes are balanced. This means that both the right and the left side of the car break with equal force. Secondly, they check if there is a firm roll cage around the driver in case the car crashes and flips. This roll bar should be strong enough to protect the driver. Finally, they check the mechanism that the team uses to steer the solar car. Many teams use different mechanisms, so they have to take a good look to make sure that everything is safe.

Drivers
The officials will not only look at our solar car, but they will also check if all the drivers meet the regulations. If a driver weighs less than 80 kilograms, they have to take extra weight with them so their total weight will be exactly 80 kilograms. During the scrutineering they will measure the weight of each driver, so they can determine if they need any extra weight. There are also specific rules that state that the driver of a solar car should a have large enough sight while driving the solar car. It is for example compulsory to either have a rearview mirror or a rearview camera.

Qualification
After the dynamical scrutineering there is one part left: the qualification. Each team gets one chance to set a lap time. The team with the fastest lap time will start first during the Bridgestone World Solar Challenge. All the other teams will follow with a gap of about 30 seconds. The qualification laps will be driven on Hidden Valley, an old formula 1 track in Darwin. The length of the track is 2.87 km, it has 14 corners and is famous for its high speeds. This is quite challenging for solar cars, because they are usually build to drive very efficiently on a long straight road, the Stuart Highway. However, during the qualification acceleration and top speed are also very important.

Safety
Safety is a very important part of the scrutineering. They will test if each driver is able to get out of a solar car on its own within 15 seconds. A person should also be able to disable all electrical systems in the car in one go. This is important when the electrical system fails, for example due to a short circuit.