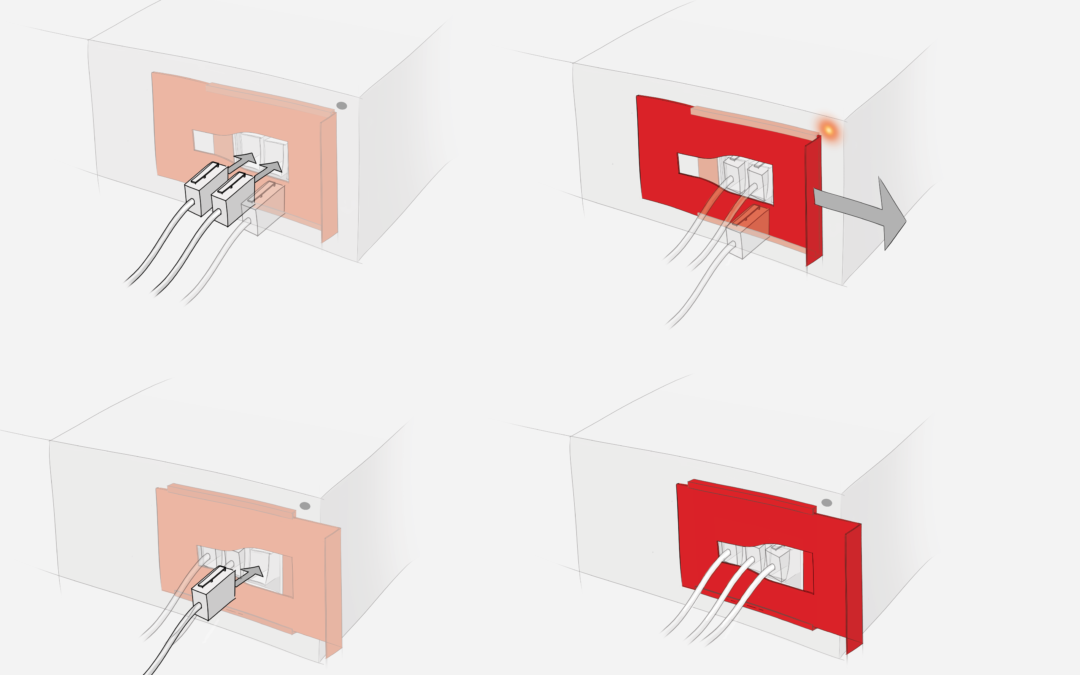 When developing our solar car a safe and reliable electrical system is essential. Wrong loads on specific parts of the electrical system can cause the entire system to go down. The solar array of our solar car is connected to the panel box. This connection is disconnected when our solar car is stored during the night for safety reasons. When reconnecting the array to the panel box in the morning, a safety issue arises. When there is a voltage difference present between two electrical system, connecting them will cause this difference to “even out”. When the voltage difference is large, the current flowing through the system can become much larger than intended, overloading the system.

To solve this issue we have invented the precharge mechanism. This precharge mechanism will force the user to first connect the array to the panel box via a connection which has a large resistance incorporated in the connection. This way the currents are kept in check and the voltage difference can even out in a controlled manner without overloading the system. Once the evening out has finished the user can surpass the resistance via a second connector, making sure that the solar car is as efficient as possible. In the past there was no precharge system and preventing overloading the system was left up to the user. Not remembering the right order of connecting the array to the panel box would have far reaching consequences, like breaking the maximum powerpoint trackers of the array. A foolproof system was needed. The solution had to be simple, cheap, lightweight and it had to be solution which would always work.

The final solution was a simple one which used the geometry of the connectors to solve the problem. It is a simple slide which blocks part of the connectors. It does so in such a way that the user can only connect the correct plus and min poles at first. After this a LED light turns on indicating that the system is evening out. Once the LED light turns of the user can simply slide the slide to the right. The first two connectors can no longer be disconnected and the final connection slot opens up. The user can now plug in the final connector which concludes the process of hooking up two electrical systems with a voltage difference.

For the solar car, the precharge system ensures that the solar array can be safely hooked up to the panel box, without the risk of overloading the system. In the same way the precharge mechanism can be used for civilian applications. Hooking up two systems with a voltage difference can now be done by anyone, specialist knowledge of the system is no longer necessary.