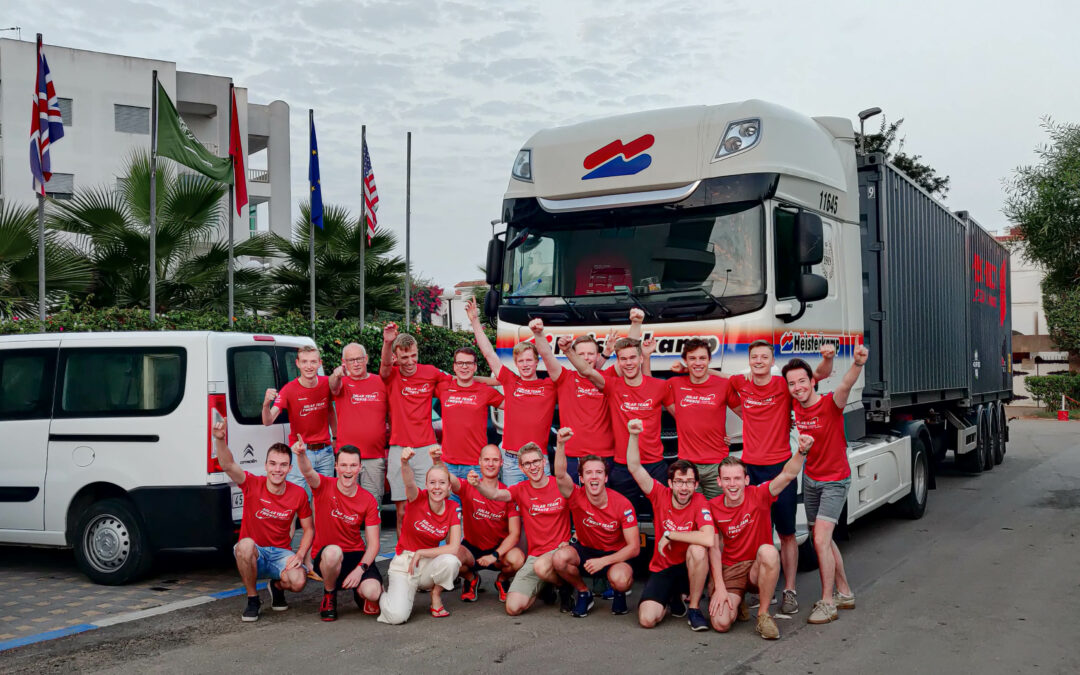 Solar car RED Horizon from Solar Team Twente has arrived safely in Morocco. It took longer than the team had hoped, but can now finally focus on the final preparations for the race. The students of the University of Twente and Saxion University of Applied Sciences waved goodbye to the car on 15 September in Enschede, where the car was loaded onto the truck for the journey to Casablanca. The team will be at the start of the Solar Challenge Morocco with RED Horizon on October 25 in Agadir. The final tests will be carried out in the coming weeks in order to start the race well prepared.

The eighteen students have worked for more than a year on the new solar car. Both design and production were done entirely by the team itself. The students sometimes worked more than 80 hours a week to finish everything on time. It was therefore obvious that the transport of the solar car was an exciting moment for the team. Due to unforeseen delays, the cargo arrived later than expected, forcing the team to wait a little longer in suspense.

“It was a fantastic moment when the car arrived in Morocco! We were welcomed by the team members who were already in Morocco,” says team member Maurice Jansen, who went along in the truck. Several transport companies have supported the team in organising the transport as well as possible.

In the coming weeks, the student team will focus entirely on the race in Morocco, which is an alternative to the canceled world championship in Australia. The solar car still has to pass a few tests. “We are going to do a few more tests in Morocco to see if the car performs as expected. We also look at how the car and the drivers react to the Moroccan climate. The results will have a big impact on our strategy for the race,” said strategist Judith Tel. The team has also planned some scout trips. Team members, including the drivers for example, then explore the route of the race in normal cars so that they know what to expect. It is the first time that a large-scale Solar Challenge will be held in Morocco, so the teams cannot build on previous experience, which was usually the case with the race in Australia.

The more than 2,500-kilometer long race under the Moroccan sun demands the utmost from the solar cars and from the teams. Solar Challenge Morocco will be a legendary rally of five stages spread over five days in which the cars may only use solar energy. The race starts and ends in the port city of Agadir and mainly leads through the southern part of Morocco, at the foot of the Atlas Mountains and the edge of the Sahara. The team that completes the total distance fastest wins. The set-up therefore differs from the now well-known race in Australia. In the World Solar Challenge (3,000 kilometres), the teams start at the point where they finished the previous day. In Morocco, there are stages with a fixed start and finish. The concept is similar to the Dakar Rally. Teams from Groningen, Delft and Leuven also participate in the race. “We are going for the win,” said race leader Thomas Jansink. 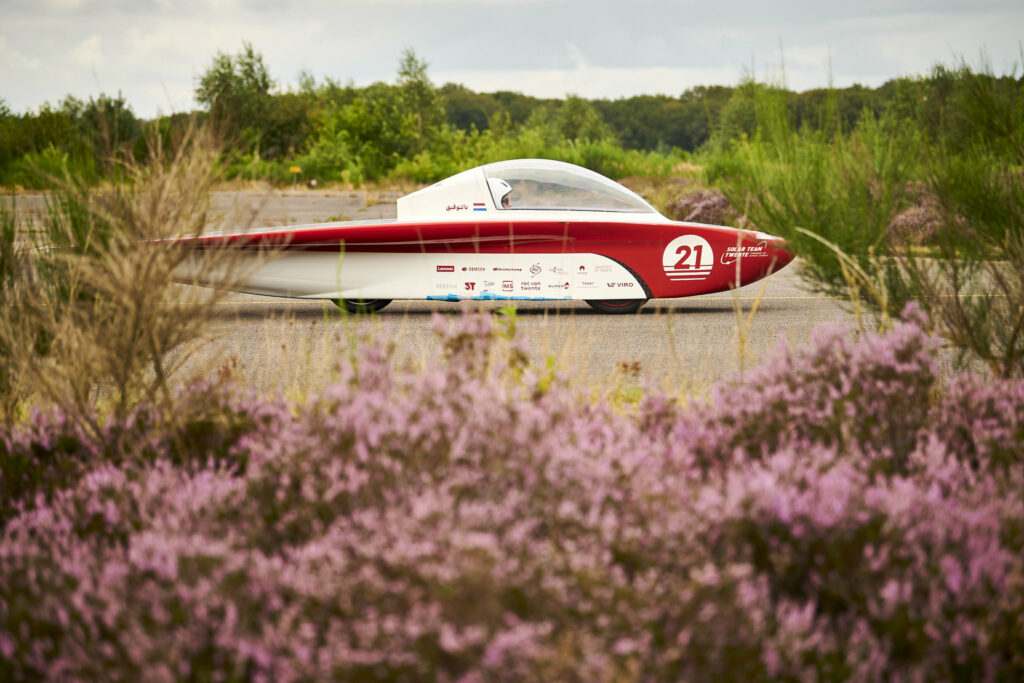