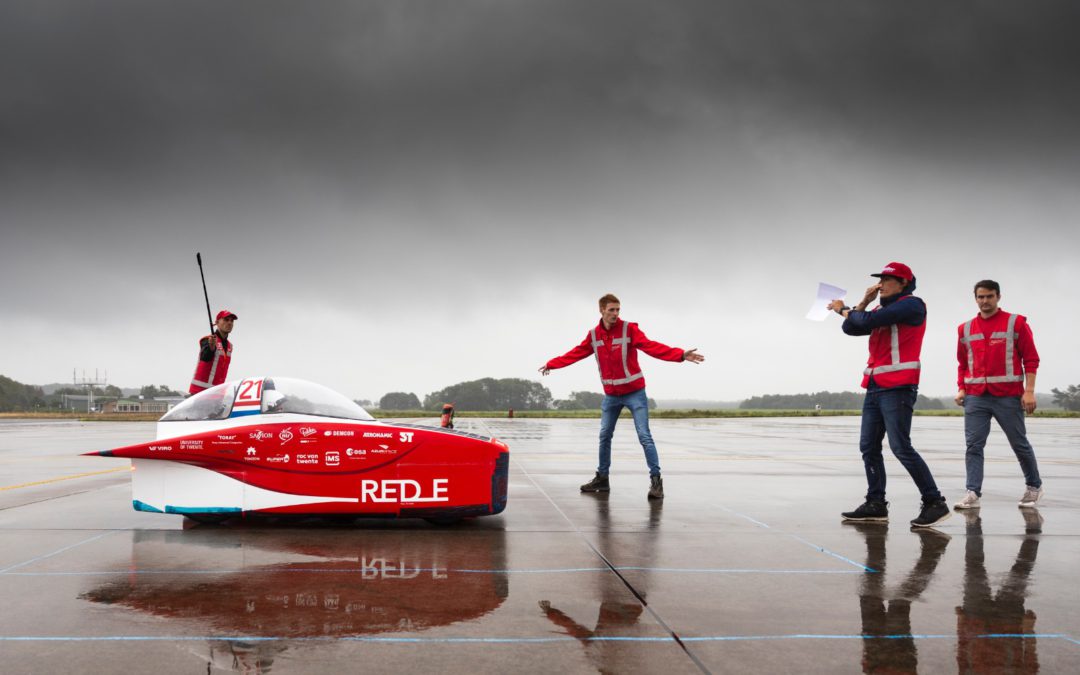 Good weather or not; this weekend we held a race simulation, the ultimate preparation for the Bridgestone World Solar Challenge in Deelen, Gelderland. During the race simulation we test our protocols and schedules, which are setup to drive a safe and efficient race in Australia. In this picture report, you will get an impression of the race simulation and the way this simulation was organized. 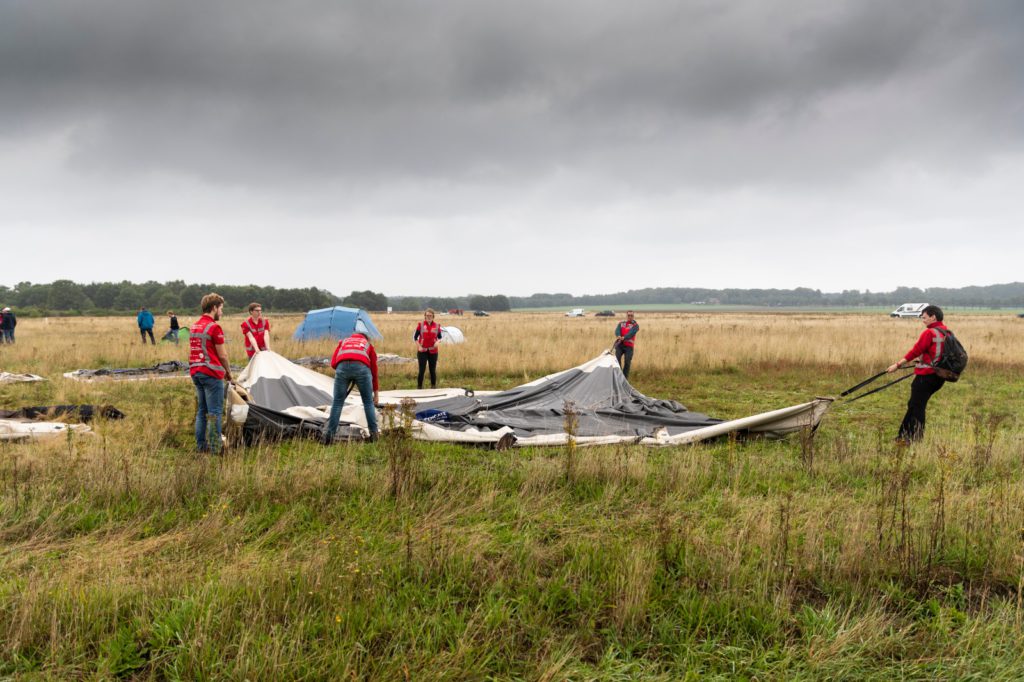 “WAKE UP SOLAR TEAM TWENTE!” is the first thing we hear in the camp on Saturday morning the 17th of August at 6:00AM. In 15 minutes we gather our belongings and we get out of the tents. The morning protocol starts… 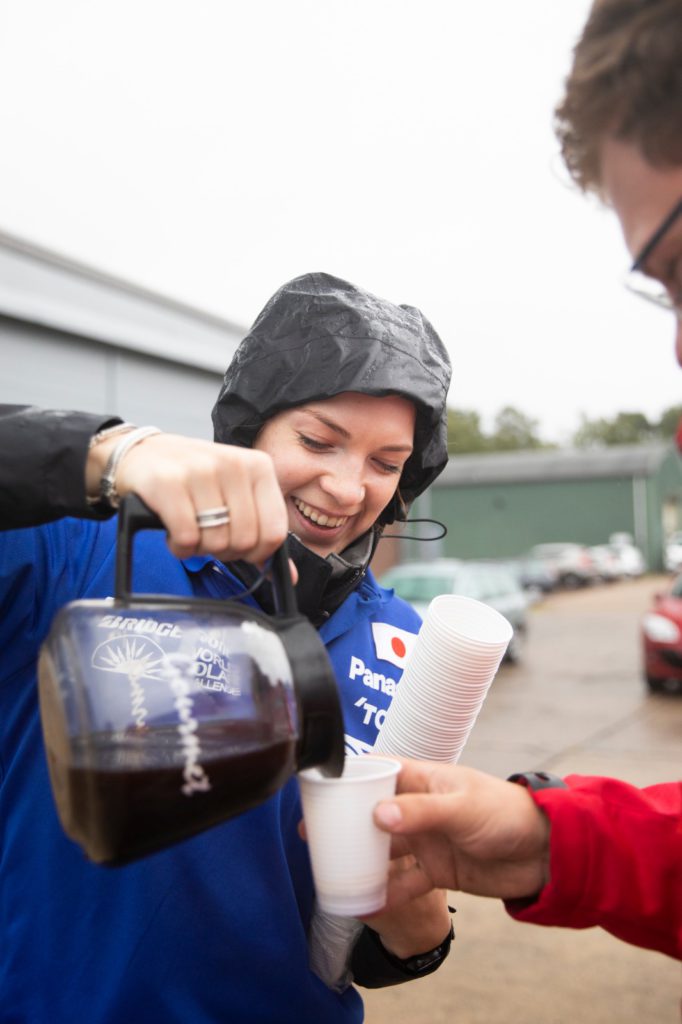 Everybody in the racing team has their own responsibility during the protocol. In total we have two hours to get ourselves, and the solar car, ready for the race day. Think about the preparations of the solar panel, but also preparing breakfast for over 40 people. Ofcourse, a cup of coffee in the morning is more than welcome and Emma makes the entire team very happy. 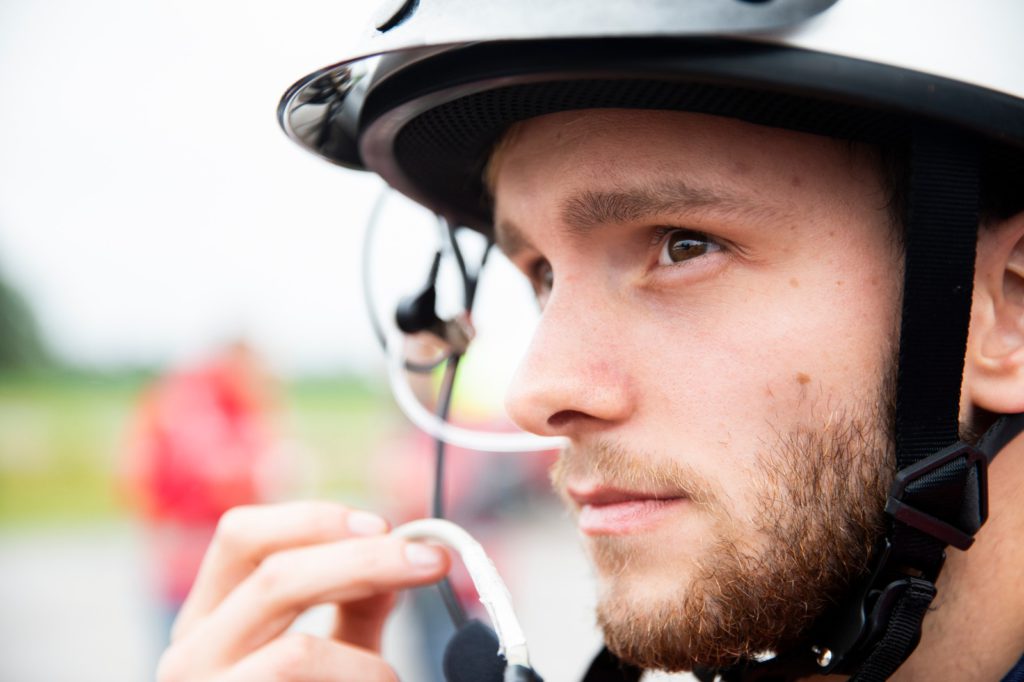 At the set time, the race convoy departs and starts its journey on the wet roads of Vliegbasis Deelen. Just as in Australia, we drive on the left side of the road. We start off our race day in third place. Our first driver? That’s Evert! 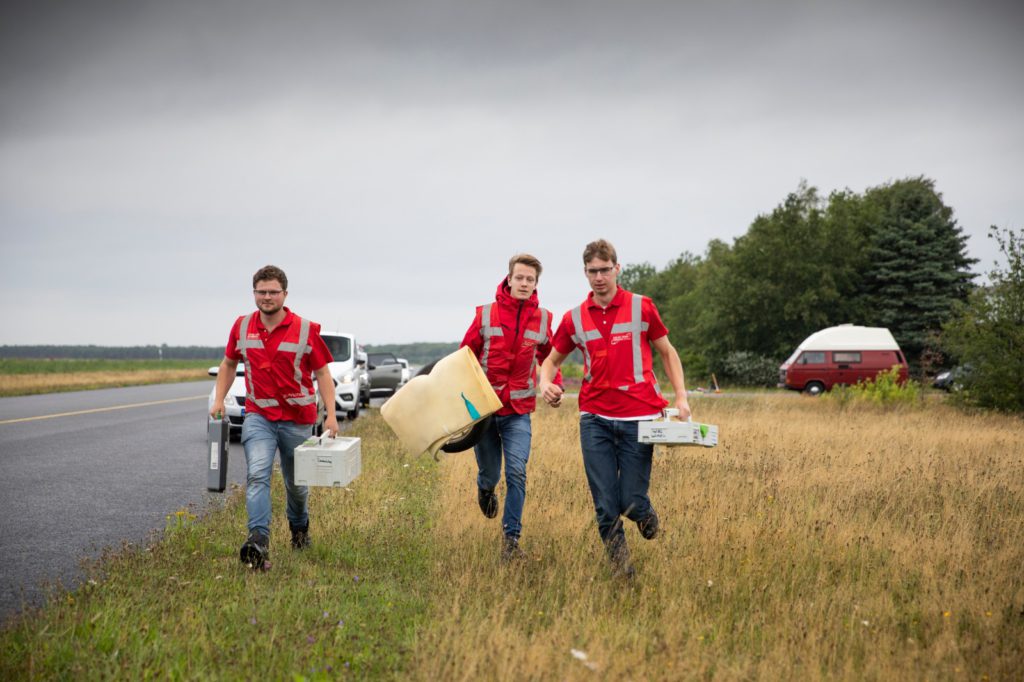 The DMU’s tire is punctured. The DMU(Decision Making Unit) is the car in which all important decisions on the strategy of the race are made and in which the communication with the driver of the solar car takes place. This means that a very quick switch between cars is necessary, because otherwise RED E can’t drive any further. And we succeeded in that! Because of the fast-acting of the team, the car could drive again after only three minutes. During the race simulation, many different situations are tested. Getting a kangaroo from the road to changing a punctured tire of RED E, all scenarios are practiced. 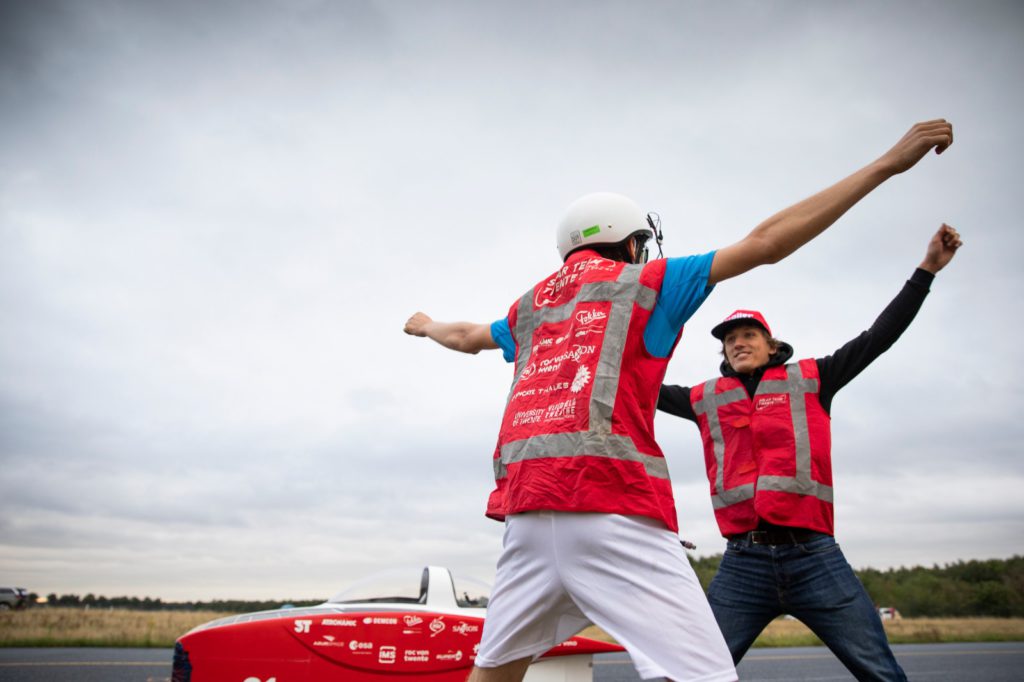 We have arrived at the first control stop. Right now, we are in the second position! In the meantime the drivers do everything to keep themselves warm, in the sombre Dutch weather. One thing is sure, that won’t be necessary in Australia! 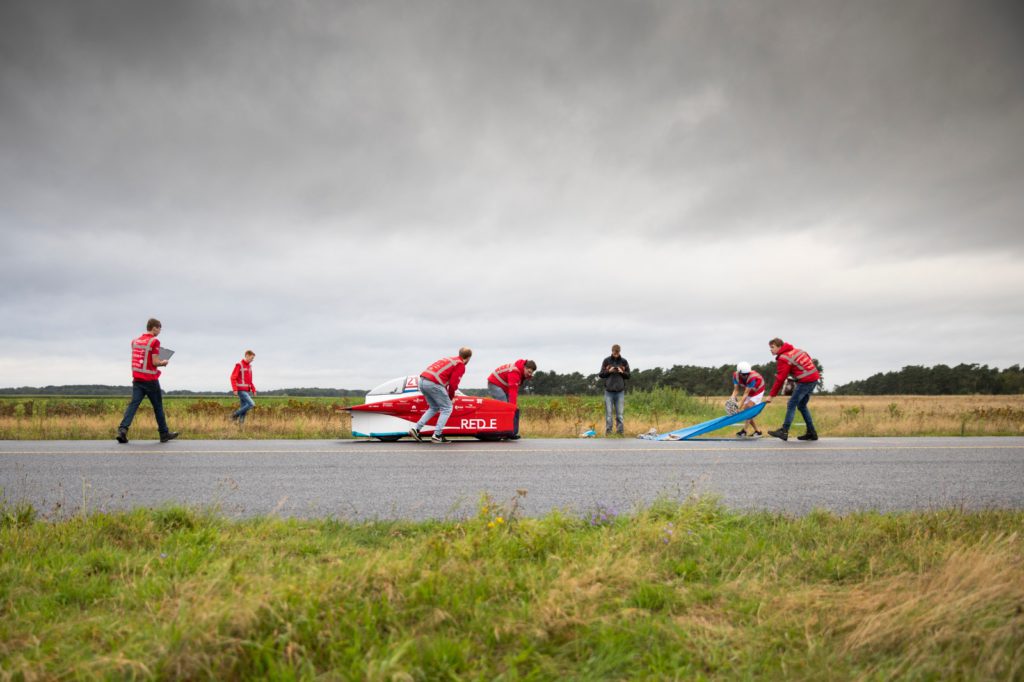 After the control stop, we continue the race. Suddenly we hear that RED E made a 180 turn on the track on one of the radio. This happened due to the slippery and wet roads and because the car is built for the straight roads in Australia. Luckily, for safety reasons we weren’t driving fast and the driver is unharmed. 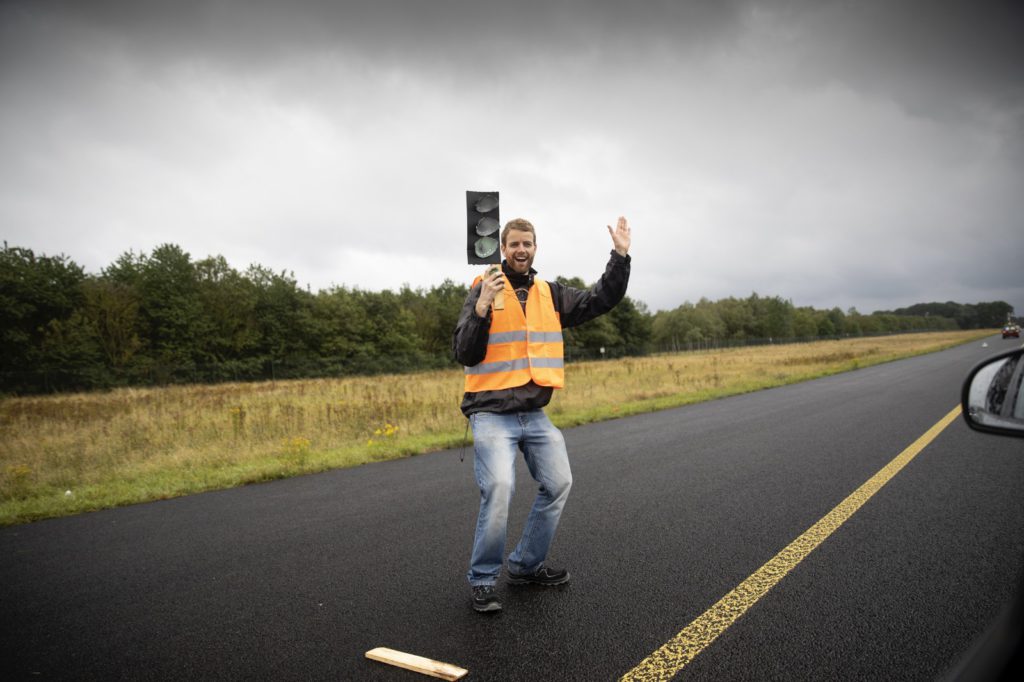 On the route from Darwin to Adelaide there are traffic lights, just like in the Netherlands. So, it is important to know how to stop safely in a village. Safety first! 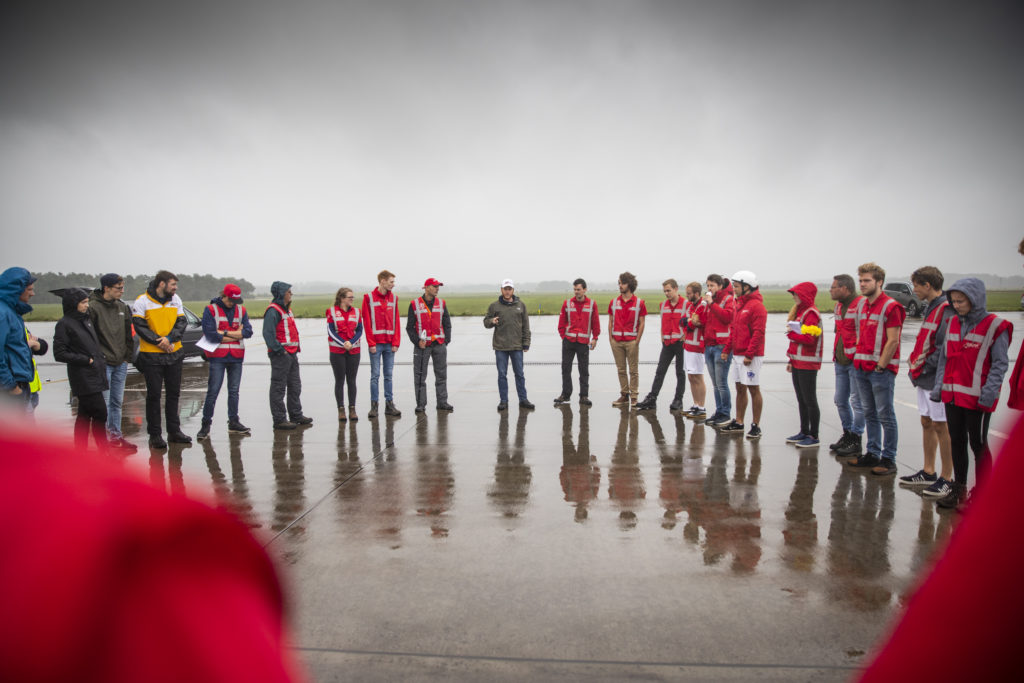 The goal of the race simulations is to prepare ourselves as good as possible for the race. This is why we evaluate and improve everything during the simulation! “We learn a lot. When something goes wrong, it is discussed and improved if necessary,” according to our enthusiastic Nikki from the media team.

We worked hard during the two days of the Deelen Solar Challenge and we finished second! We’re surprised to see some of our former team members waiting for us at the finish, a perfect ending to this weekend. 🏁 Thanks for the organization and support! We are ready for our journey Down Under! 😊

Are you curious about what we experienced during our race simulation? Check out our Instagram stories, the after movie on our facebook or read the article on our website!