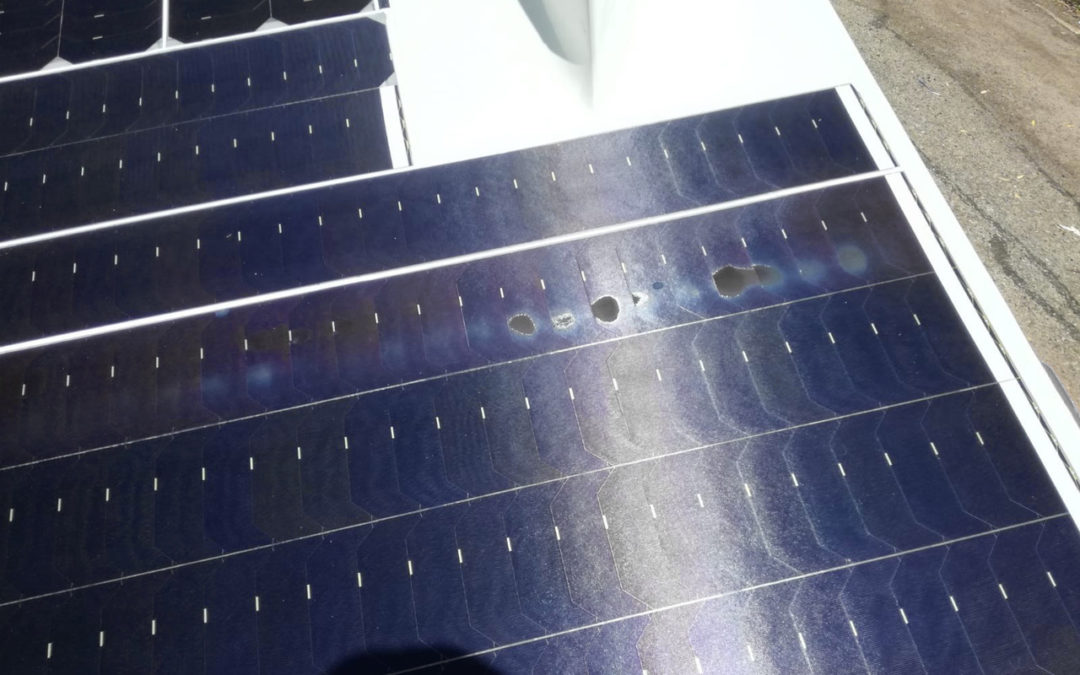 For Solar Team Twente it has come as a relief that the damage to its RED E solar car is only minor. Extensive testing over the last few days has shown that the loss of energy generation from the solar array is minimal. The team remains confident of a top result in this year’s edition of the Bridgestone World Solar Challenge, which will start on 13 October in Australia.

Earlier this week, Solar Team Twente discovered the damage during their preparations for the 3,000 kilometer race through the Australian outback. The panel – more specifically the protective laminate that covers the cells – showed some abnormalities. It was a major setback for the students, as they have been working hard over the last one-and-a-half year to design and build a prize-winning solar car.

In their design choices, the team has been pushing the limits by opting for some daring technological novelties. Not taking risks was not an option, as the team is convinced taking substantial risks is necessary for the clash with the world’s strongest solar cars. During the design process a setup with the highest solar array efficiency was decided upon. An envisaged decision was made, as measurements to minimize the issues that arose during the preparations in Australia have been carefully examined.

Although the damage is only minor, minimal loss in energy generation from the array is expected to occur. The full array functions as it should, however a small section of around two per cent shows permanent burn marks. Its estimated effect on energy generation is one per cent of all energy generated by the array, when the sun is lower in the sky. The team is well equipped and has the time to ensure no further damage will occur during the race.

Solar Team Twente remains confident of a good result in the Bridgestone World Solar Challenge. The students realize that their first priority is it to find a satisfactory solution for the race, rather than racking their brains over what could have been done to prevent the issue from happening. The setback will not break the team’s morale, with Solar Team Twente determined to be a serious contender for success from 13 October onwards.

On the 13th of October the Solar Team Twente will appear at the start of the Bridgestone World Solar Challenge, the most prestigious race for solar powered cars. Together with more than fifty other international participants, the solar team from Twente will travel for more than 3000 kilometers through the outback of Australia with the RED E solar car. The race has three different classes. Solar Team Twente competes in the Challenger Class, the Formula 1 for solar cars.

Solar Team Twente consists of 19 students of Saxion and the University of Twente. Besides the students the team is part of a strong network of more than 150 partners. Together the team practices top-class sport and they build the most efficient solar car in the world. The team believes in the motto “Challenge triggers innovation”. That is why Solar Team Twente competes in the Bridgestone World Solar Challenge. On the one hand to win the race and on the other hand to raise awareness for the possibilities of solar energy.

Note to the press
For more information, please contact Olivier Berghuis, teamleader of Solar Team Twente: available on +31 6 50876645 or via o.berghuis@solarteam.nl. 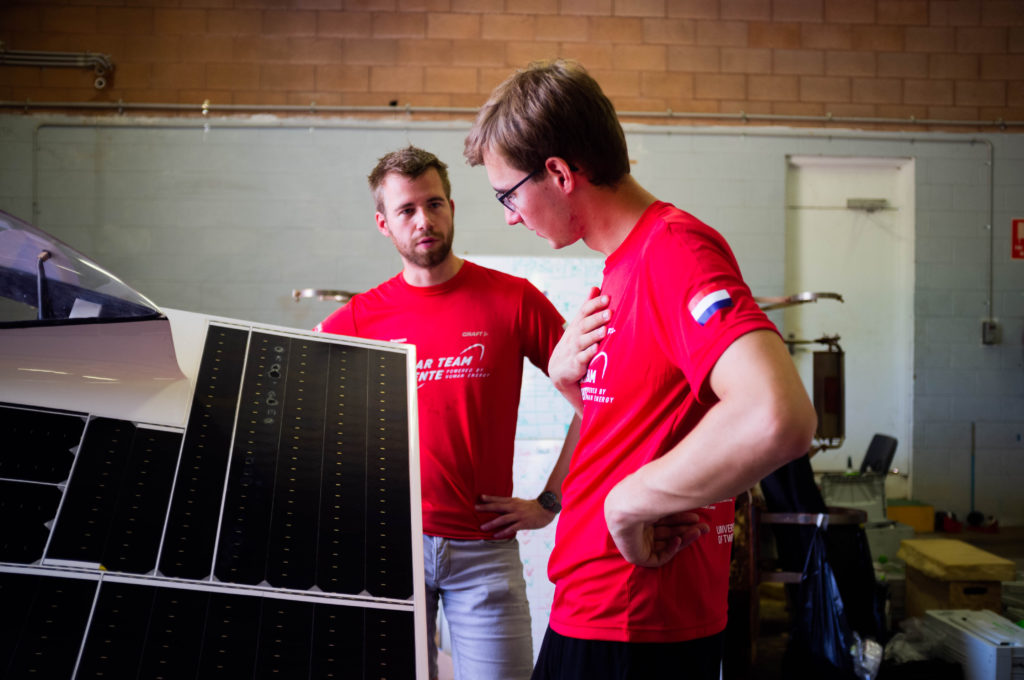