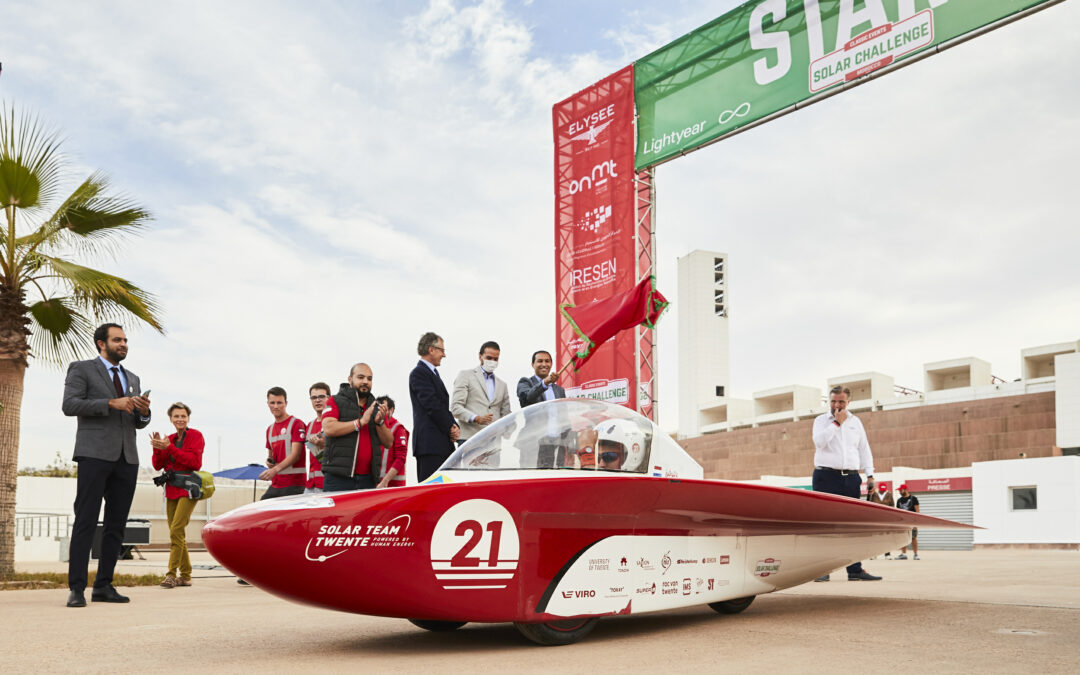 After the first stage in Morocco, Solar Team Twente set the second time of 7 hours and 39 minutes on a course of 475 kilometers. According to the first calculations, the team is therefore 17 minutes behind the Belgian team, which is currently first in Solar Challenge Morocco. Solar car RED Horizon started fourth today in Agadir. The teams arrived safely in Zagora around 6:00 PM.

Driver Tim Traas drove the start of the stage today and is proud of the team and RED Horizon. Traas: “Finally today we had to start the race we worked for a long time. It was really cool to be able to drive the first stage. I think as a team we can be very proud of the first result!”

Today’s race was full of ups and downs for the Twente student team. Shortly after the start, the team had to stop for a few minutes. “A mechanical problem forced us to stand on the side of the road just outside Agadir. This took a few minutes, but unfortunately this was enough for two other teams to overtake us. During the day we overtook four competitors, including Groningen and Delft. This is a fantastic result!” says race leader Thomas Jansink. Twente has thus set the fastest time of the Dutch teams in the first stage and has a lead of approximately 18 minutes on the team from Delft.

It is the first time that the solar cars drive the route of Solar Challenge Morocco. The team from Twente has already explored the route before for a good preparation. “We know the route by now. But if you really drive the solar car through the Moroccan landscape, you have to respond to unexpected situations such as traffic, strong wind and wild animals. Responding to situations like this makes this race extra dynamic,” said team leader Colin van Laar. Tomorrow, the solar cars will drive to Merzouga during the second stage. “We will drive through the mountains tomorrow. This brings new challenges and is certainly the toughest stage of the five,” says Van Laar 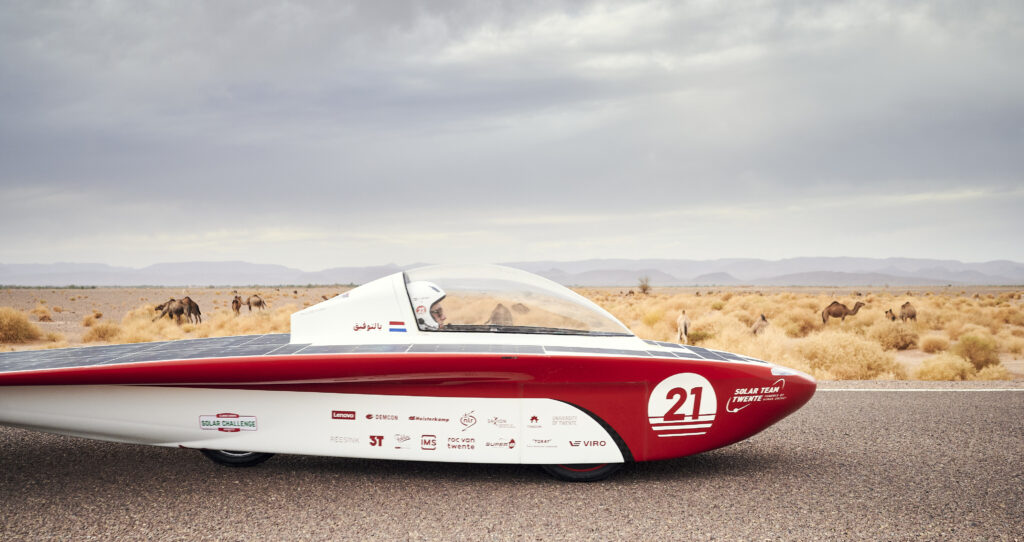