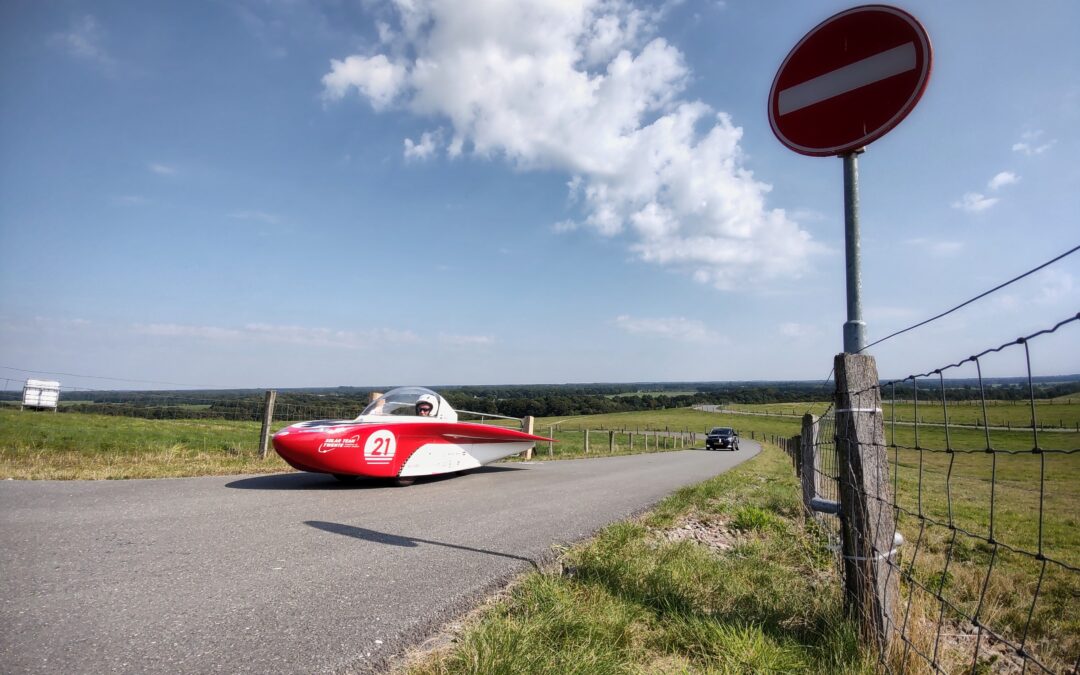 Solar Team Twente has completed its last test day in the Netherlands. The team of eighteen students from the University of Twente and Saxion University of Applied Sciences is preparing for a race for solar cars in Morocco. On the ‘VAM-berg’ in Wijster (Drenthe), they hope to be able to optimally prepare their new solar car RED Horizon for the Atlas Mountains in Morocco, through which they will have to drive during the race.

The time has come on October 25. The Twente student team will then start in the coastal town of Agadir in the Solar Challenge Morocco, the most prestigious race for solar cars that will take place this year. Teams from Delft University of Technology and University of Groningen will also participate. The race in Morocco is an alternative to the cancelled biannual Bridgestone World Solar Challenge, which should have taken place again next month in Australia.

The students from various disciplines put their studies aside for a year and a half to fully focus on designing and producing the most efficient solar car. With the new solar car ‘RED Horizon’, they will participate in the 2500-kilometer race in Morocco.

The 3000-kilometer race in Australia is always a big challenge for the students. Extreme heat and rapidly changing weather conditions greatly influence the strategic choices they must make. The new race in Morocco requires major adjustments. “We had to redesign the entire powertrain. The many hills and bends are the reason for this,” says Technical Manager Reinoud Mulder. “Australia is relatively flat. Over the entire five-day race, the height difference is no more than 800 meters. In Morocco we will have to climb more than 1800 meters on the first day, which demands a lot from the electric motor.”

To optimally prepare the solar car for the differences in height in Morocco, the team organised a test day on the ‘VAM-berg’ in Drenthe. The ‘VAM-berg’ is a popular location for cyclists. “The car worked as expected, or maybe even better. We had no problems getting up the hills. Our powertrain has been completely redesigned. The steep hills can cause considerable energy loss, so it is very important to optimise the system for these conditions,” says Electrical Engineer Thijs Alberts proudly.

Twente goes for the win

Next week, the solar car and the team will leave for Morocco. It is the ninth time that the solar team from Twente participates in the championship for solar cars, but so far without a win. In 2019, the team was close to winning in Australia, until severe weather led to the RED E solar car, which was the race leader at the time, going off the road. “This year we are going for revenge, and with RED Horizon we are definitely going for the win in Morocco,” said the confident Race Leader Thomas Jansink. 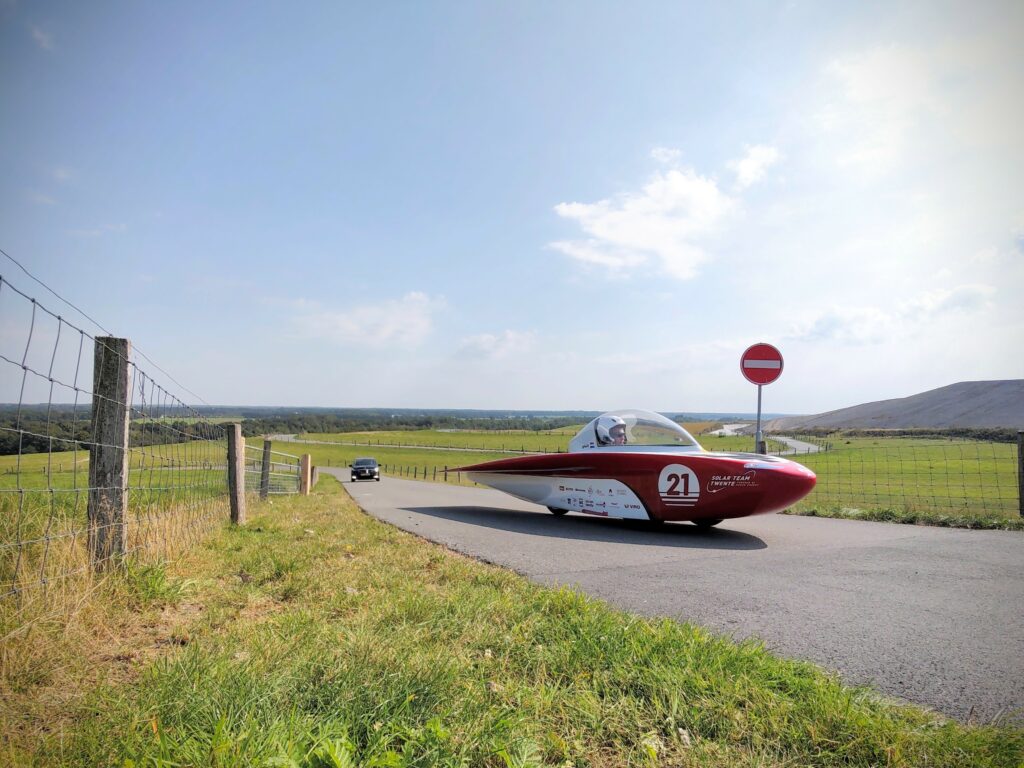