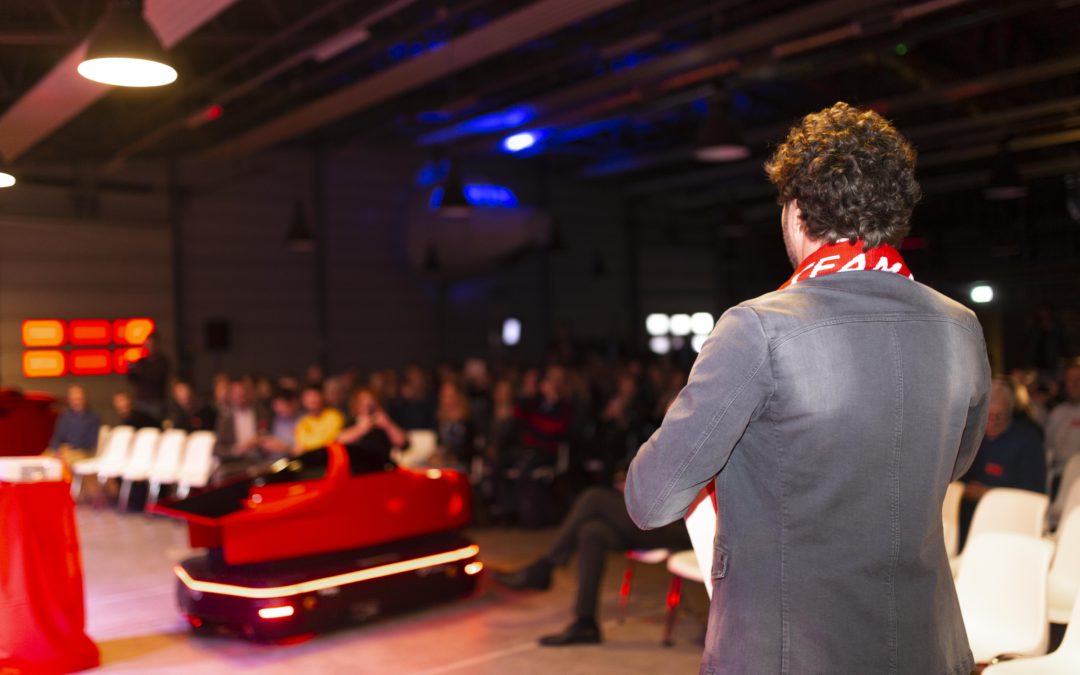 Solar Team Twente unveiled the new design for their solar car ‘RED E’ in hanger 10 at ‘Vliegveld Twenthe’. In October, the team will once again take part in the biannual World Solar Challenge in Australia. The new solar car will be equipped with a different type of solar cell and, partly because of that, will be the smallest Twentse solar car ever.  The team also launched a Massive Online Open Course (MOOC) explaining how to build a solar car. Finally the team announced its plans to contribute to finding a solution for Twente’s brain drain.

A different type of solar cell

“The new solar car RED D will be the smallest in the history of Solar Team Twente. That’s because we are choosing a solar panel made from Gallium-Arsenide (GaAs) instead of silicium, explains Sybren Wubs, technical manager at Solar Team Twente. “This type of solar cell is currently the most efficient, and therefore very suitable for our solar car.” The last time Solar Team Twente chose for GaAs, which was in 2009, the panel had a surface area of 6 m2. According to the Bridgestone World Solar Challenge 2019 regulations, 2.64 m2 of GaAs cells are permitted on the solar car; for silicium this is 4 m2. 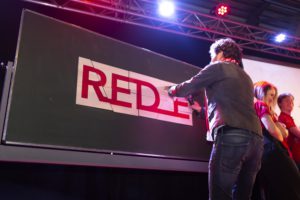 Because the surface of the solar array on the new solar car will be smaller than previous years, the solar car will be quite a bit smaller than its predecessors. Therefore, the solar car will be improved aerodynamically, but at the same time, the choice also creates additional design challenges for the inside of the car. “Every two years, we aim to improve our mechanical and electronic parts for the car, but this year the parts also need to be considerably smaller. At first it seemed like a nearly impossible task. But we eventually managed to create a successful design.  And we’re proud of that”, according to mechanical engineer Evert van der Hoek. Team members Rob Kräwinkel and Koen Boulogne discussed design choices and compromises between energy revenue and expense on stage.

How do you build a solar car?

Solar Team Twente has focused more on transparency and education this edition. By sharing more knowledge and collaborating more, the team aims to contribute significantly more to a sustainable future. During the design presentation, the team unveiled its plans for a Massive Online Open Course (MOOC), where the techniques and work processes of Red One (solar car of edition 2015) will be shared with the outside world. Team member Merel Oldenburg explained during the presentation that the team aims to provide as much information as possible to the outside world without them having a disadvantage in the end. It is the first time ever that a team opens up one of their designs and exposes all of the technological aspects of the car to the outside world. The course: ‘How to build a solar car’, will be available starting this summer on the platform FutureLearn. 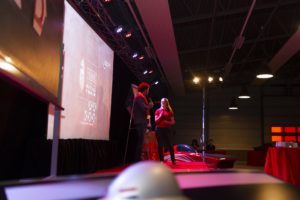 In addition to the innovative and educational challenges, the team has a third mission: Reducing the brain drain in Twente. The team will act as a link between (graduated) students and businesses, which are eagerly seeking talented employees. In Twente, local talent frequently moves out of the region after graduation. John van der Vegt, chairman of the board at the ‘ROC van Twente‘ supported this message while he was on the stage. “We need more technical students in Twente in all layers of education but also in the businesses in Twente. One of the reasons why Solar Team Twente’s initiative is so important, they represent our entire region.” 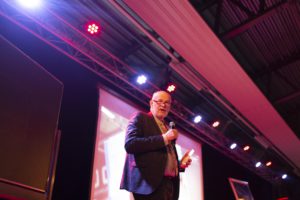 Annelies Dekker, team leader of Solar Team Twente, passionately talked about the business community in Twente during the design presentation. “Over the last few months, I have seen up close how difficult it can be for businesses in the region to attract new employees. We have communicated to our partners and sponsors that we will help them with this challenge.  Who better to build a bridge between students and businesses than a student team? For example, our partners and regional businesses will have a place during the upcoming car presentation, and in the coming months, we will develop more initiatives to address this issue.” 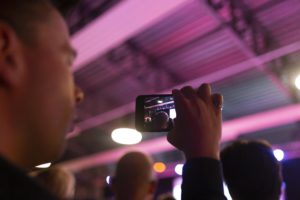